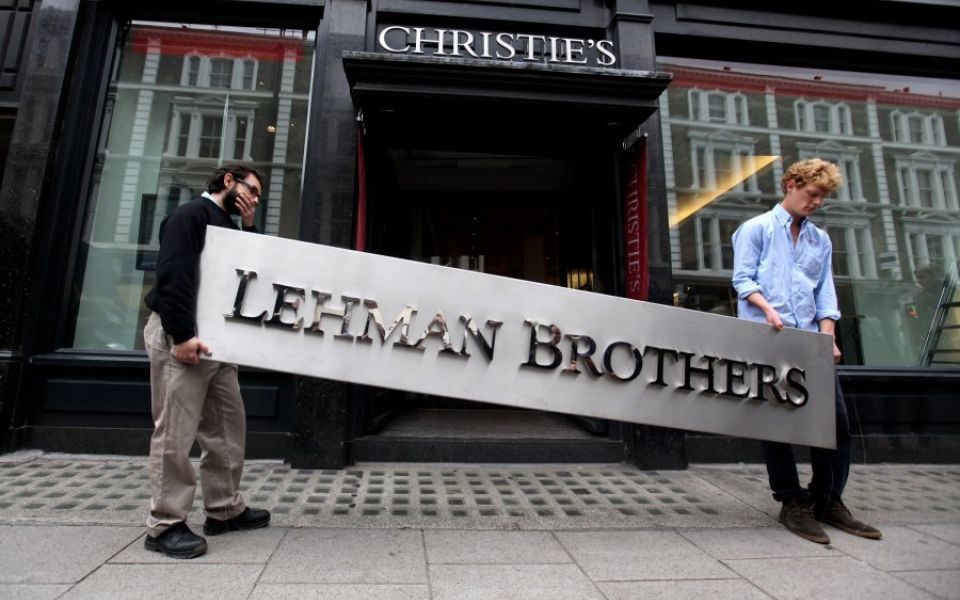 Ten years ago, US investment bank Lehman Brothers filed for bankruptcy, marking the most symbolic moment of the global financial crisis. It remains the largest bankruptcy filing in US history.

The demise of Lehman on 15 September 2008 was just the tip of the iceberg. Little did we know but at the time the whole global financial system was on the brink of collapse.

The underlying cause was the failing US housing market, in particular the subprime mortgage sector, which lent to borrowers with poor credit histories.

These subprime mortgages were repackaged along with traditional mortgages and sold to investors. Convinced that the risk had been spread, Lehman, among many other investment banks, invested in them.

Unfortunately the housing market began to fall and those repackaged mortgage investments became toxic. No one knew who held the bad debts and so banks became wary about lending.

What happened next, few will forget. The world stood on the precipice. Only unprecedented actions by policymakers and central banks prevented a breakdown of the global financial system.

Read more: The story of the global financial crisis explained in six charts

Did we learn the lesson on debt?

While the catalyst for the crisis was the downfall of the US housing market, the root cause was easy access to cheap money. Encouraged by policymakers and financial institutions offering cheap credit, investors took ever more risky bets using excess amounts of debt.

Global debt has increased by more than $70 trillion since the financial crisis, to $247 trillion, or 318% of GDP, according to the Institute of International Finance.

Matthew Dobbs, Head of Global Small Caps at Schroders and a veteran fund manager who invested through the Asian debt crisis and the global financial crisis of 2000, said: “It would seem the world has not learnt the lesson on debt. In the years since the crisis we’ve seen exceptionally low interest rates. The costs of servicing debt have been so low that people have not paid enough attention to the amounts they are actually borrowing.

“Increasing the flow of cheap money put a plaster on the crisis wound but it also facilitated a continued rise in debt. In essence, the can was firmly kicked down the road.”

The world has enjoyed the benefits of 10 years of low interest rates and quantitative easing (QE).

QE is effectively central banks pumping money directly into the financial system by way of asset purchases (buying mainly bonds) to keep lenders lending and corporations spending. It serves to increase the supply of money in the economy, also known as “broad money”.

It has helped stabilise the global economy. By the end of 2017, annual economic growth was at around 2% in major economies, such as the US, UK, Japan and the eurozone. But central banks’ balance sheets have ballooned as a result and QE has become an ever larger component of global growth.

The Fed ended its QE program in 2014 leaving the central bank holding $4.5 trillion worth of assets. It began reducing its holding in October 2017, allowing $10 billion of assets to expire each month. The BoE created £375 billion between 2009 and 2012. The programme was restarted in the aftermath of the Brexit referendum, taking total asset purchases to £445 billion. It has yet to begin selling its holdings.

The effects are clearly seen in the chart.

Robin McDonald, Fund Manager in the Schroders Multi-Manager team, said: “QE has helped the real economy, at least in the short-term. An important lesson from the Great Depression in 1930s was to not allow broad money growth to turn negative. QE helped to avoid that. If another crash were to happen it is likely that central banks would open the same playbook.”

Have markets become dependent on QE?

It is not just global growth that has been affected by QE. The primary aim of QE was to lower the cost of borrowing in the economy by pushing down yields on government and company bonds. But the effect was to push up bond prices. The effect was so powerful it spilled over into pushing up the prices of everything from stock markets to houses to classic cars.

The chart below illustrates shows how the rise in asset prices, in this case global stocks, have closely followed the expansion of central banks’ balance sheets, once the impact began to be felt in 2009.

So what happens when the QE taps are turned off?

For now, the majority of the central bank support that helped stabilise the economy and raise asset prices remains in place.

Fund manager Robin McDonald said: “Sadly, by waiting so long to recalibrate policy, central banks have once again encouraged record amounts of leverage to build throughout the system, making it more reliant than ever on continued low rates.

“We have yet to learn what the long-term effects of quantitative tightening will be. Governments, households and the corporate sector are all more leveraged today than they were pre-crisis, making the system potentially very sensitive to higher interest rates and thus more fragile.

“For now, though, I think most would argue that the benefits of QE have outweighed the potential costs and risks. It remains to be seen whether this will still be the case as the programme is unwound.”

Andrew Lyddon, a fund manager in the Schroders Equity Value team, said: “Markets are driven by humans, and unfortunately, we show time and time again that we have short memories.

“We will get carried away when times are good, and fearful when they aren’t. Right now we feel it is the former that is considerably more pervasive, with investors happy to pay higher and higher multiples of earnings for businesses that are priced for perfection.”

Are there signs of trouble ahead?

Predicting precisely when and if a market crash will happen is all but impossible. However, we can look for signs of potential weaknesses in the market or a growing lack of confidence or overconfidence among investors.

The fear index, otherwise known as the VIX, indicates that investors remain calm and see nothing that is likely to derail the current bull market. The VIX is currently at multi-year lows, around 10%, and well below the highs of over 80% during the financial crisis. A higher reading suggests that investors anticipate a market-moving event is on the horizon.

The lack of fear seems to have bolstered confidence in the stock market. However, while stocks continue to rise momentum has slowed, so far, in 2018.

The prospect of a trade war between the US and China has threatened global growth and a US dollar strengthened by rising interest rates and President Trump’s pro-business policies has hit certain regions. Emerging markets, such as Turkey, have struggled as a result. They tend to hold a lot of dollar-denominated debt, which becomes more expensive to repay when the dollar is strong.

As the chart below shows, gains in 2018 are well short of those achieved in 2017. US stocks have returned the most, around 10%, but emerging market stocks have produced negative returns of more than 5%.

Fund manager Matthew Dobbs said: “We are going through a tricky period at the moment. This year hasn’t been great for stocks. Turkey’s case is worrying but it seems to be isolated. Trade tensions are worse than expected and China’s growth is questionable. US interest rates are going up and there are still huge amounts of debt swirling around the global financial system. We appear to be skating on thin ice.”

Andrew Lyddon said: “We have had nine years of almost uninterrupted gains for stock markets. If we are in the later stages of a bull market, then gains accrued are only really captured by those who sell. For the rest, these gains are merely temporary.

“We think that most investors today not only feel reasonably optimistic about the economy and corporate earnings, but believe valuations are reasonable and that there remains little threat from the bond market.

“Our concern is that investors are overly complacent.”

How do you prepare your portfolios for anything similar happening again?

Each crash brings a different challenge. In 2008, at the height of the crisis, even the most defensive sectors, stocks most likely to provide a constant dividend and stable earnings, were hit.

As you’d expect, banks were hit hard, but as the chart below shows sectors such as healthcare and tobacco registered losses of more than 30%. The selling was indiscriminate, which is also symptomatic of the latter end of a bear market.

Matthew Dobbs said: “As a stock picker, it is at this point you can then sit there and look at it and say ‘here is a chance to buy the long term winners I want as we may never get these prices again’. We did that then, and I hope we have the nerve to do so again.”

Winners and losers since the crisis

It can also pay to stay the course, providing you make the right investments. The chart below shows what the value of $1,000 invested at the top of the market prior to the GFC in October 2007 would be worth now had you left your investment alone.

Only three sectors – banks, basic materials and basic resources – would have left you with less money than the $1,000 invested. Figures haven’t been adjusted for inflation or considered any charges. Every other sector would have provided a gain.

The importance of spreading your money around

Diversifying your portfolio would have helped smooth out the huge peaks and troughs of the post-crisis years.

As you can see, while the investment that is split between stocks and bonds returns less over the period between 2006 and now, it doesn’t suffer the huge fall global stocks suffered during the crisis.