Who doesn’t want to live near a Tube station? Except perhaps, when there’s a strike on, but demand for properties close to the London Underground is up 13 per cent, and it’s in east London where it's rising more than anywhere else across the network.

Homes near East Ham, Woodford and Upminster Bridge have experienced the biggest rise in demand compared to anywhere else in the capital in the last six months. 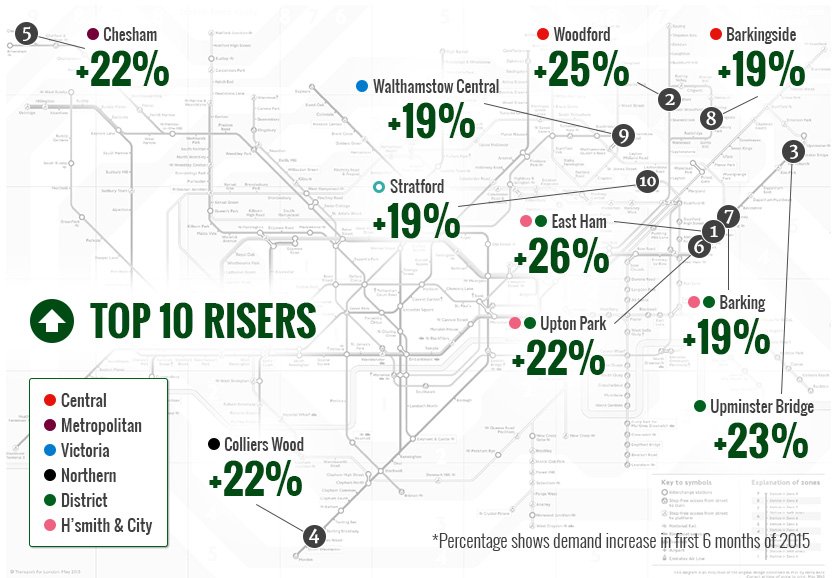 The hottest station with the most demand is Watford, however, any buyer or seller is warned that the current Watford station is due to close, with trains instead heading to Watford Junction by 2018. 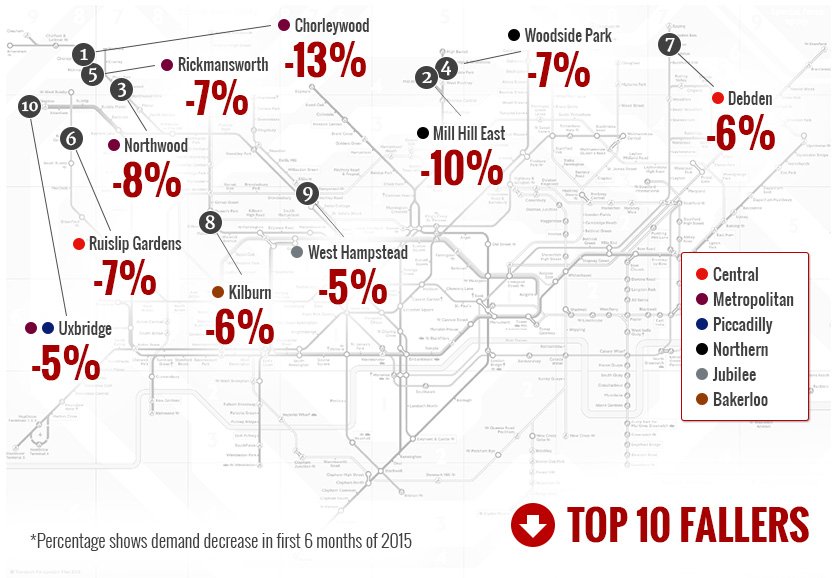 And it’s central London stops in areas such as Bond Street and Oxford Circus which are experiencing the least demand overall. No doubt the pricey properties in the area are a little off-putting for the average house buyer.

Taking into account all the stations, demand across each Tube line has risen, and despite it having the worst record for delays, it’s the Central line on which people are looking to live more than any other. It’s the Jubilee line however which has seen the biggest rise in demand and is one to watch, according to Emoov, which compiled the figures.

East London may be on the up, but it’s still predicted to rise further, according to Emoov’s founder and chief executive Russell Quirk. “With great transport links via the Jubilee and Central Lines as well as the development of the Cross Rail project, strength of demand in this areas should remain due to the improving transport infrastructure, as well as the affordability of property when compared to the rest of the capital.”