YOP is taken over by Pluto Digital 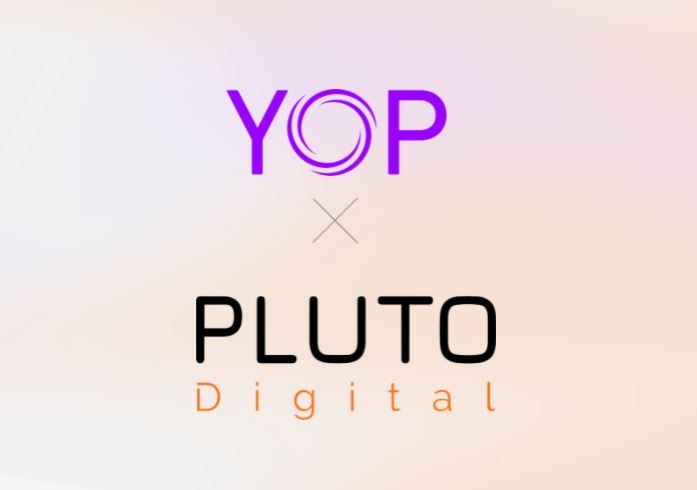 Founded in 2020 by Atif Yaqub, YOP’s vision was to make DeFi available to all by removing the technical barriers preventing engagement with decentralised finance, while making it easier for users to interact with leading crypto products.

Having achieved its initial goal of introducing an all-in-one mobile app, featuring a Farmer’s Market, Wallet, Market Data, Swap DEX and IDO Launchpad Aggregator, the company followed this with the $YOP token – launched with an initial value of $0.05 in January earlier in the year and currently trading around $0.32.

Pluto will be dedicating significant budget and resources to reimagining, redeveloping and relaunching the YOP platform; with priority given to communication and collaboration with the YOP community. By staying true to the YOP brand ethos of DeFi for everyone, the new product aims to be a one stop solution for yield management and optimisation via a self-custody Web 3 platform.

The new management team is headed up by Pluto CTO John Frizelle with support from COO Dave Burrells and the Pluto software development and yield operations team.

YOP’s founder – Atif Yaqub – said he was thrilled by Pluto’s takeover, as it had the resources to take the project to the next level.

“I look forward to seeing the growth of YOP and all the exciting things in the pipeline from Pluto,” he said.

“As a large well-resourced entity, it made sense for the transfer of YOP to a well-known and responsible party.

“Being active in the crypto community for many years supporting start-ups, I will be keenly supporting and continuing to advise as a stakeholder and community member. In the coming weeks the V0 trial app will end.”

He added that any assets users have in the V0 mobile app should be backed up with the private key or moved into other wallets as support for the app will end once removed from the AppStore.

Pluto Digital was formed in January 2021 and is a crypto tech and operations company that aims to make Web 3.0 decentralised finance (DeFi) more accessible to all. Pluto raised $50 million in Q1 this year and had already invested in YOP through its ventures division.

Barry Downes – Pluto’s Director – said he looked forward to allocating significant Pluto resources to reimagine, redevelop and relaunch the YOP platform and continue to support the YOP project and its liquidity pools.

“Pluto is committed to delivering on the original vision of the YOP project and the community can look forward to engagement by the Pluto team to relaunch the project as YOP 2.0,” he said.

“Pluto has immediate plans to release a whitepaper on the DeFi sector and shortly afterwards a whitepaper on YOP 2.0, detailing the project and its future roadmap further.

“We look forward to engaging with the YOP community and keeping everyone up to speed on the redevelopment and relaunch with a series of announcements coming soon.”