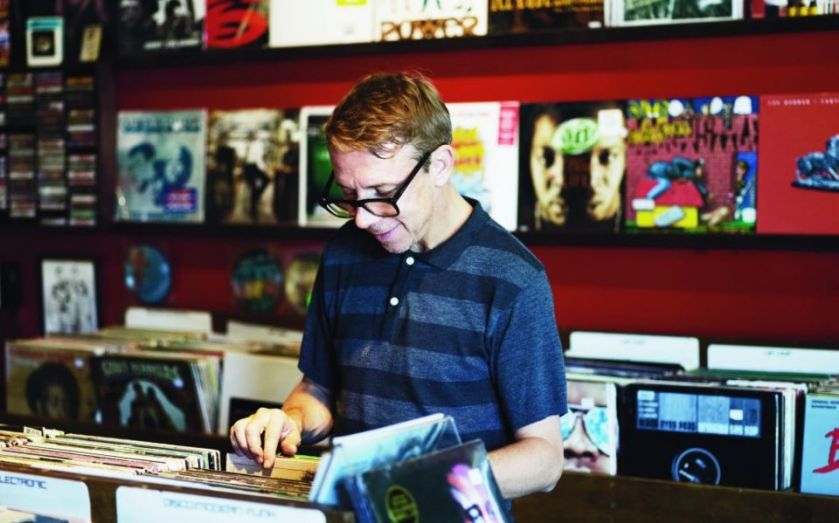 Gilles Peterson gets around a bit. He’s like a globe-trotting John Peel, one of the few mainstream DJs who can get away with playing everything from Sierra Leonean psychedelic afro to Japanese punk-jazz.

On top of his BBC 6 Music show he runs the Worldwide Festival in Sète and spins records at some of the world’s coolest clubs. Last summer he produced a samba album in Brazil to add to the four he’s recorded in Cuba. He’s even curated a radio station for Grand Theft Auto, and another for Air New Zealand.

“There’s a lot of killer stuff coming out of places like Algeria, Morocco and Syria, artists like Omar Souleyman, who are incredible” he says. “There’s a group of DJs in Paris called Acid Arab and they’re smashing it – what they’re producing sounds so fresh.

“There’s great music in every part of the world just waiting to be found – Panama, Chile, Peru, Haiti, Japan. There’s a record label called Innovative Leisure who just made a crazy psychedelic record in Thailand with a local group and it’s perfect for the Pitchfork generation. I want to make a record in Indonesia, a kind of Balinese gamelan jazz. I just love the essence of that music. When I first heard it I thought: ‘This is so beautiful and so me’. I’m into repetitive trance, and a lot of jazz is like is like that. It’s kind of the source of that music.

“Then there’s LA, which used to be a bit of a damp squib, living in the shadow of a certain Hollywood lifestyle, but in the last 10 years a subculture has developed and music has really opened up – now you have loads of great beatmakers and artists coming out of there.”

Phew, that’s a lot to take in. How does he keep up with such a vast, constantly shifting scene? “A lot of the work is done for me – I pick up a lot of stuff from people I know in France. Other records are sent to me – guys like Flying Lotus and James Blake, who I supported early and know my taste, will think ‘Gilles will love this’ – it helps me to stay right where it’s all happening.”

He’s been at the sharp end of the industry for almost three decades now – how does today’s scene compare to the glory days of acid house when he was starting out? “The 25 year-olds who come to my gigs are totally on it. They’re so culturally tuned in – far more than I was at that age. I think they’re sick of the lowest common denominator stuff, and they’re hungry for anything new. It’s like Ibiza – the kids aren’t into it anymore, they realise it’s this tried and tested formula. Last year I decided I’m never going back. The whole thing about Ibiza being the home of dance music is rubbish – even in the glory days it was very conservative. None of the cutting edge DJs had that much to do with it.”

Aside from music, Peterson is fanatical about running (he’s finished two marathons despite being a smoker). But he turned 50 last year – surely playing in clubs until the wee small hours week-in, week-out takes its toll? “I don’t do 5am gigs anymore, I’d rather do all day Sunday and then get to bed. I play a couple of club-nights a week and I play what I want, where I want, how I want. I don’t have to turn up and play techno or drum ‘n’ bass. If I want to play a weird, freaky record, people will accept that. Still, about twice a year I say I’m giving up. I don’t know if I want to be zipping around clubs when I’m 65. I might open a restaurant. DJing is a bit like being a chef; you get your ingredients, get seasonal stuff, make something with it.”

The difference is, most chefs don’t have 50,000 ingredients in their kitchen, which is how many records Peterson says he owns. He must have a pretty stringent system for keeping that in check – Dewey Decimal, maybe… “It’s organised chaos, split over three properties. Before a show I’ll just pull something out at random – every track brings back a memory and it spirals from there. I have a pretty amazing knack for remembering music – ask me about a Japanese record that came out five years ago and I’ll tell you the tracks on it, the label it came out on. It only works with music, though – my wife is Japanese and I must have been to Japan 50 or 100 times; I still can’t speak a word.”

Given his global taste in music, was he ever tempted to move abroad?

“I love London too much. London is like New York in the 90s. It’s constantly reinventing itself in music, art, fashion. It’s got the creativity of Berlin but it’s not just a bunch of white people. It’s the most international city in the world and it has an appetite for chaos.”

That chaos needs a soundtrack and Peterson is just about the best person I can think of to provide it.

Peterson has produced a radio station for Air New Zealand’s business class service to Auckland via Los Angeles as part of its Long LAX project. For more information go to airnewzealand.co.uk.