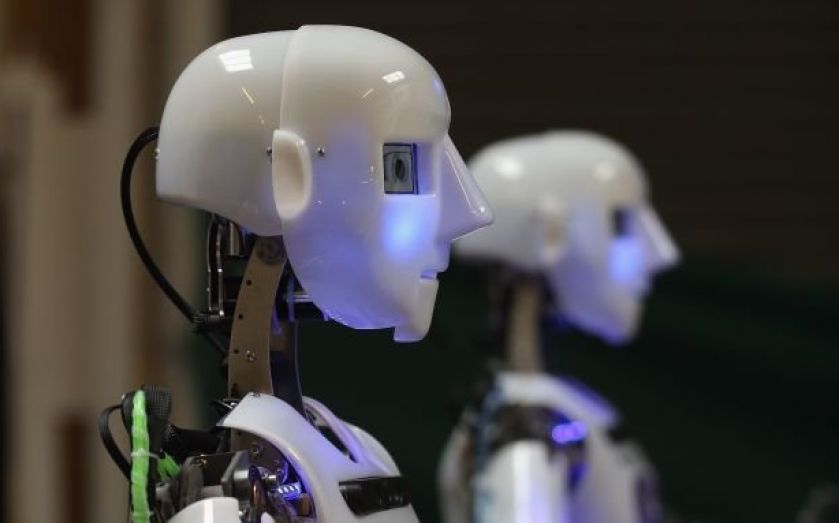 Strange, semi-human, and capable of tapping into our fear of the unknown, robots have sent shivers down our spines for decades – long before the Terminator was sent to Earth or the daleks even contemplated exterminating Dr Who.
But now, the fictional threat of bloodthirsty machines has shifted to a much more real danger – that robots might come and steal our jobs.
These are no monsters with an agenda of ending humankind. Instead, they represent a breed of relentless hard workers determined to outperform us.
But perhaps we are just overreacting – in an interview with City A.M., robot expert professor Guy Hoffman from the School of Communication at IDC Herzliya, Israel, suggested that society may have blown the risk out of proportion: “Humans are smart, robots are dumb,” he explained, matter of factly. “There is the big question of what a robot can do that's actually useful beyond what we can do ourselves.”
He sees the future of robots in the work force not as a replacement for humans, but as working side-by-side with us. “One of the main ideas I'm working on at the moment is robot companions, which have a lot of applications in the work place as well as the home,” he said.
“It’s not about making robots be similar to humans, it’s about making them complement our skills in a way that’s more successful for humanity. There would be no point in teaching robots to play jazz so that they could do this instead of humans – there’s no lack of unemployed jazz musicians as it stands.”
Professor Nicola Millard, expert in future working relationships between people and technology, says that while some jobs are being taken by robots, these tend to be the ones that are dangerous for humans, or the ones most people don’t want to do.
“As robots get more and more sophisticated they can take on a lot of the stuff that humans shouldn’t be doing anyway. We already have bomb disposal robots, for example,” she told City A.M.
She added that certain sectors will see robots infiltrating their work force more than others, but in general the robots will be there to help humans and take the burden off people where there is too much demand. She provides the example of doctors using symptom checkers:
“In medical diagnosis, there’s a lot of discussion about whether machines might be able to output something more accurate than a doctor. But at the same time, people want empathy and humanness from their doctors, which a robot can’t give. For that reason, they won't actually replace the doctors.”
So why are we so scared of robots, if their primary purpose is to help us? Robots are getting progressively cleverer while humans stay roughly the same, and as such we feel threatened by them.
But the very reason we should not feel threatened by them, according to Millard, is this lack of empathy. Ultimately, people want to deal with others who understand them and are receptive to their needs, rather than a robot programmed to behave a certain way. “Just looking at the way leaders lead, it's not about command and control – it’s about inspiration and understanding people,” she said. “A robot can’t do that.”
Another barrier to a robot takeover is creativity, according to Hoffman. Even if we wanted to develop a band of robot jazz musicians, we wouldn’t necessarily be able to. “Robots can be creative, but there are limits, since while technology is very good at processing data, it’s not necessarily good at using it in a creative way. It often requires a human brain to actually interpret it and make something new out of it,” he said.
In fact, he believes that while robots will be unable to take on many of the jobs currently performed by humans, new jobs and business will come into existence around their development and maintenance.
“There’s no doubt that as robots are introduced to our working and personal lives, new jobs will be created around them. This will open up new businesses specialising in the creation of robots.
“We are going to have the big players like Google and Apple, since they will be able to invest a lot into research and development. But if you look at the only commercial robot in terms of personal robotics, it is a robotic vacuum cleaner that came out of the lab of a start-up in Boston. It didn’t come from an already established company. So with robots will come new jobs and prosperity."