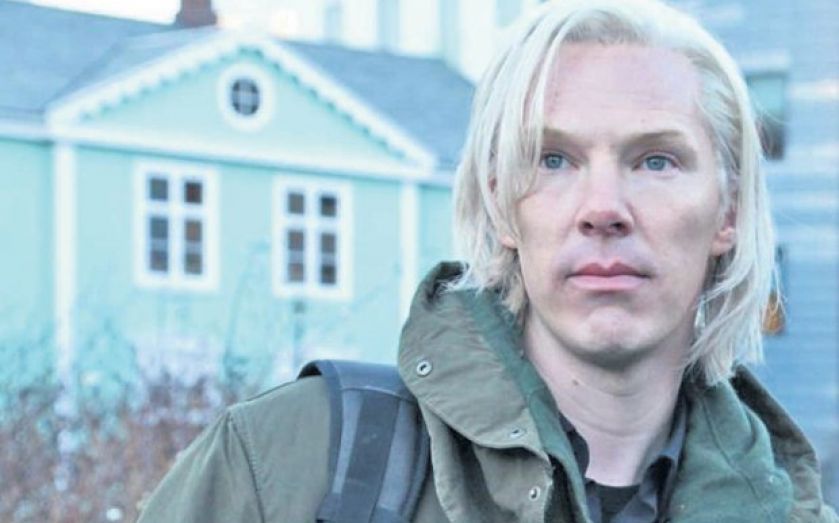 TWO YOUNG idealists defy warnings and threats from the powers-that-be in the relentless pursuit of journalistic truth. Is this film All The President’s Men for the information age? The answer: unfortunately not.

This cinematic rendering of Julian Assange’s Wikileaks organisation doesn’t manage to scale the heights of Redford and Hoffman’s Watergate epic. Director Bill Condon has given us a film that rattles and races through a fairly entertaining two hours; but it never really slows down, never pauses to think, and the big questions and best ideas of the film feel somewhat lost amid a drowning techno soundtrack and indulgent, techy cut-scenes.

Despite the hype surrounding Benedict Cumberbatch’s portrayal of Assange, this isn’t meant to be a one-man biopic. In the same way that David Fincher’s The Social Network charted the genesis of Facebook, the Fifth Estate is the story of an organisation (albeit one governed by a megalomaniac), and there is a lot of screen time given to Wikileaks’ de facto number two, Daniel Domscheit-Berg, played here by Daniel Brühl.

It just so happens that the film is heavily based on Domscheit-Berg’s insider account of working with Assange. He joins up with the white-haired Australian in Berlin as a disillusioned computer-whizz and stays to watch as Wikileaks grows into a major governmental headache.

This culminates in a collaboration with The Guardian and other news sources in the release of thousands of war logs and diplomatic cables.

Cumberbatch is indeed excellent as the unsettling Assange. In many ways, it’s an extension of his Sherlock Holmes incarnation – an undeniably brilliant, pathologically driven egotist who brings an element of tension to every conversation. Cumberbatch nails the Australian drawl and zealous intensity, while the script undermines his claims of morality and commitment to the pursuit of truth by emphasising the manipulative side to his character. There are also flashes of a licentious side that hint at Assange’s future legal troubles.

Unfortunately the supporting cast are less impressive; even though it’s not an Assange biopic, it can feel a bit like a one-man show at times. Brühl is ever-present in the film, but unless he’s regurgitating one of Assange’s mantras (“courage is contagious…”), you’d be hard-pressed to remember a word he says. Peter Capaldi, Dan Stevens and David Thewlis all do fine as The Guardian’s representatives in the film. But they don’t get enough time to flesh out the roles and thoughtfully grapple with the journalistic dilemmas that Wikileaks poses.

That’s the main problem with this film; the desperate rush towards the conclusion. It opens with the cables being released, and spends the next two hours scrambling back to that point, forsaking much explanation of context in favour of a fast-moving plot. Condon has tried too hard to make typing at a laptop look flashy and interesting. It’s a film about hackers, we know that’s what they do. But for all its efforts, this film struggles to show us why they do it.