Why a bespoke wine cellar might not cost what you think 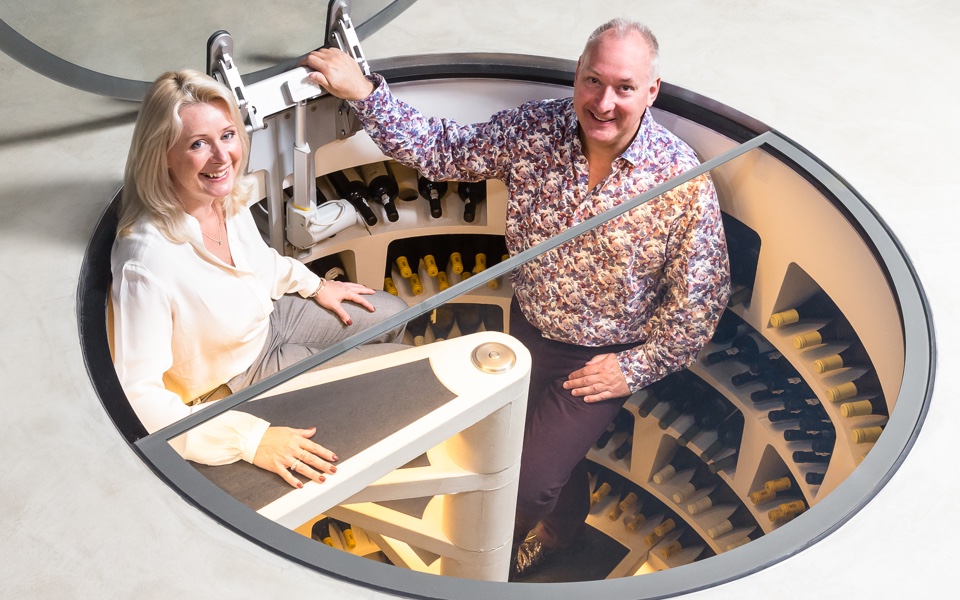 So maybe you have a burgeoning wine collection: a couple of cases of Super Tuscan you picked up for a good price ​​en primeur, a Château Lafite you’re saving for a special occasion, some Cabernet Franc that won’t be at its best for another six or seven years. What you need, my friend, is a wine cellar.

You’re in luck, because some of the best wine cellars in the world can be found in Wimbledon Village. “We build over 200 a year ranging from £19,000 kits to £330,000 customised installations,” says Lucy Hargreaves who runs Spiral Cellars, London’s premium cellaring solutions consultancy.

“Our clients include royalty, heads of state , politicians, titans of multinational businesses, household names in the entertainment, sport and music world, as well as wine writers.  Most commonly, they are high net worth corporate executives.”

The market for home cellars is growing as city-dwellers look to move out to countryside properties, using the extra time and space as an excuse to invest in their homes. Spiral Cellars offers a range of excavated wine cellars, customised wine rooms and wine walls.

Hargreaves refers to the company as “professional wine organizers” and “cellar tailors”, with no space too small or too much of a challenge. They have fitted wine storage in spaces from yachts to elevator shafts to airing cupboards and even an en-suite shower.

While the Surrey-based company certainly caters to the top end of the market, Hargreaves insists it is not only for the super-rich. “We also have a large number of clients who are wine enthusiasts who spend years saving up for their cellar.  We have one in our home, a prototype cellar with about 800 bottles. Half for maturing and half for drinking.”

A  Wine & Spirit Education Trust Level 2, Hargraves is also an interior designer, cookbook author, clarinettist and singer. “My musical claim to fame is giving a public performance of Mozart’s Requiem the day after giving birth. I had contractions during the final rehearsal but made it to the concert in St Pauls, Wimbledon Portside.”

Having worked on the Styrofoam brand for Dow Chemical in Scandinavia, she founded her own agency and bought Spiral Cellars in 2004. In 2015 she took full ownership alongside her now husband, Mark Dickens.

“We also do a lot of work for non-wine drinkers and people who don’t drink at all but just want somewhere to keep  their handbags, shoes and, in one case, soft drinks,” says Dickens. “We have built storage for very rare wines that belonged to Napoleon, Faberge vodka eggs and rare whiskies.  They’re as much museums and showrooms as wine cellars.”