Who won? How Glasgow voted in Scotland's independence referendum - results map and charts 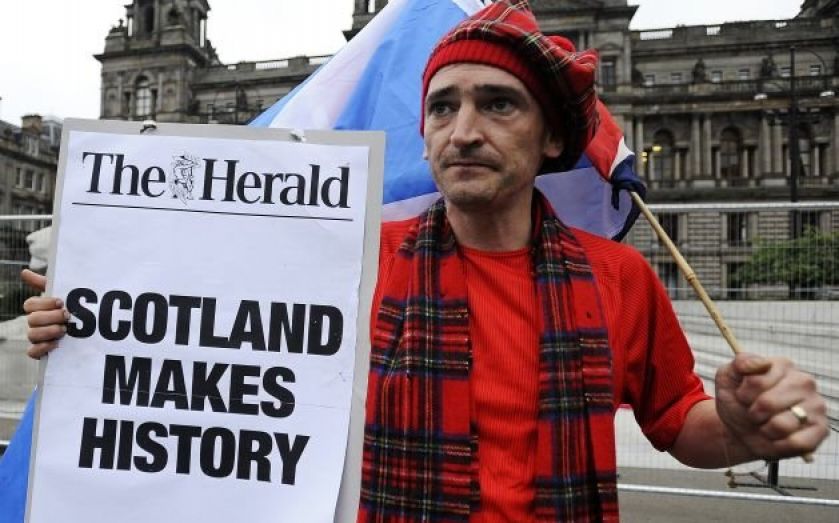 The results are in and only four council districts voted Yes in the Scottish independence referendum.

Dundee, West Dunbartonshire, Glasgow and North Lanarkshire were those choosing independence, while the other 28 made it clear they wished to remain part of the UK.

Of those, the most important was Glasgow, where 53.5 per cent of people threw their weight behind separation.

Although Glasgow had the highest number of people voting (364,126) it also had the lowest turnout in the country at 75 per cent.

Overall 194,779 people voted for independence in Glasgow, while 169,347 wanted to remain part of the union.

Here is how the whole of Scotland voted:

The below interactive map shows the proportion of the Yes/No vote in each local authority.