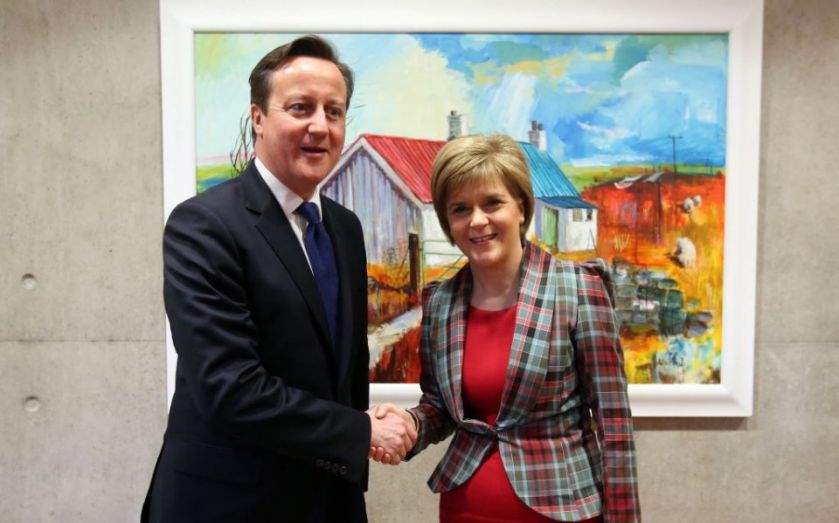 The SNP has rejected Prime Minister David Cameron’s claim that he would block another vote on Scottish independence.
On Monday, Cameron said that he had the ability to shoot down a second referendum did “not see the need for another” vote.
“It will be my ultimate decision, in line with the democratic decision-making processes of the SNP, to determine whether or not there is a commitment to a second referendum in the SNP manifesto for the Scottish election,” he said.
But an SNP spokesperson shot down Cameron’s comments last night, saying: “The timing of any future referendum is a matter for the people of Scotland to decide — and not for a Tory Prime Minister to dictate.”
Over the weekend, SNP MP Alex Salmond said that a second referendum was “inevitable.”