Whisky business: A wintry trip to the magical Highlands 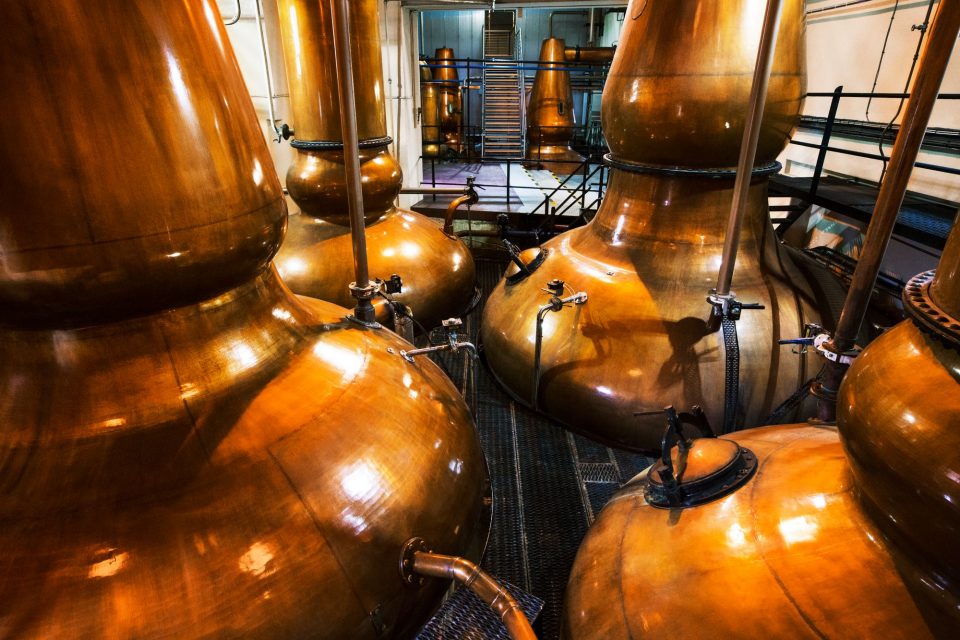 Winter sun, this ain’t. Trundling northwards through the Cairngorms towards Inverness, you could be forgiven for thinking you were travelling through an alien landscape. Grey, spare hills emerge from the drizzly low cloud; the “torrents and loud-poured floods” of Rabbie Burns’ poetry run high and violent. Not for nothing do the Scots have several different words for mist.

But the magic, almost mystical quality of the Highlands is only enhanced by the autumnal weather as we take the twists and turns of this stunning landscape, a two hour drive north of Edinburgh. We’re heading for the banks of the river Alness, where something else magic and mystical awaits us, in the form of a very special Scotch whisky at the Dalmore distillery.

We begin the drive in Braemar, a small village on the banks of Clunie Water, a tributary to the River Dee. Known for its proximity to Balmoral and the annual Highland Games – attended by Her Majesty, no less – it now has another claim to fame in the form of the recently renovated Fife Arms.

A solid if not beautiful grey-brick building from the outside, the inside is a veritable smorgasbord of Scottish and artistic delights. The entrance hall, a deep oak-panelled affair with leather-backed armchairs and a roaring fire straight out of a Christmas movie, is adorned with a Picasso.

The courtyard adjacent to a candlelit snug has a Louise Bourgeois spider sculpture plonked in the middle of it. It’s part-Royal getaway, part-Tate Modern. The Fife Arms – with rooms piled high with stunning artefacts, freestanding bathtubs and inviting raised beds – has been topping many a list this year of the UK’s newest ‘must-stay’ hotels. It is hard to overstate just how carefully this extraordinary hotel has been put together.

And if staying in this stunning setting doesn’t quite fit the itinerary, a pint in the attached pub, The Flying Stag, is a must, ideally after a walk in the hills of Braemar. Fresh air and a country pub makes for a hell of an antidote to any London fuzziness.

But the Fife Arms is merely a diversion on the way to another Scottish gem – the Dalmore Distillery, twenty miles north of Inverness and with a heritage that stretches back across almost a century of Scottish history.
We’re here to see the distillery’s new visitors’ centre, finished just days before we arrive.

But upon arrival we’re greeted with an image that is anything but new – a replica of the majestic Benjamin West painting The Death of the Stag. It’s here, we’re told, the Dalmore story starts. Colin Fitzerald, chief of the clan McKenzie, is seen saving King Alexander III from a violent stag; in return, he was granted the right to use the 12-pointed Royal Stag as the Mackenzie clan crest.

It’s stayed that way since, and when Andrew and Charles Mackenzie took over the young Dalmore distillery in in the mid-19th century, they put the stag on the bottle. The caberfeidh has stayed there ever since.

The distillery is celebrating its 180th anniversary in 2020, and doing it in style. The visitor’s centre contains a small museum celebrating the brand’s heritage and an art deco-inspired VIP bar in which one can imagine a travelling Gatsby reclining beside the fire. An hour-long tour of the site takes you through the art of making Scotch whisky, including the Dalmore’s unique flat-topped stills (a nod to the originals, built in such a way because the original building wasn’t tall enough to take the usual curved variety.)
But no matter how interested you might be in the stills or the extraordinary warehouse, chock-full with old port, sherry, bourbon and red wine casks that as you watch are working their magic on the booze inside, you’re really here for the whisky.

And what whisky it is. All Dalmore iterations are finished in Matusalem oloroso casks from the Jerez triangle which lends it a darker hue and a smooth, tender finish. The signature aroma, a warming chocolate orange, is remarkably distinctive; here on a crisp Scottish evening, it couldn’t scream Christmas more if it started singing Silent Night.

The 12, 15 and 18 year olds are a delight, the kind of dram that has people who ‘don’t like whisky’ positively purring. But it’s the Dalmore’s special editions that have made the distillery one of the most exciting in Scotland. For the 180th anniversary, Master Distiller Richard Paterson – a raconteur par excellence – has put together a rare 60 year old from two casks that first saw action in 1951.

He calls it a labour of love, and it certainly is. Who needs winter sun when you’ve got a whisky that’ll warm the cockles – either in Braemar or Bermondsey.