The wheels are falling off David Cameron’s EU renegotiation: It can still be saved 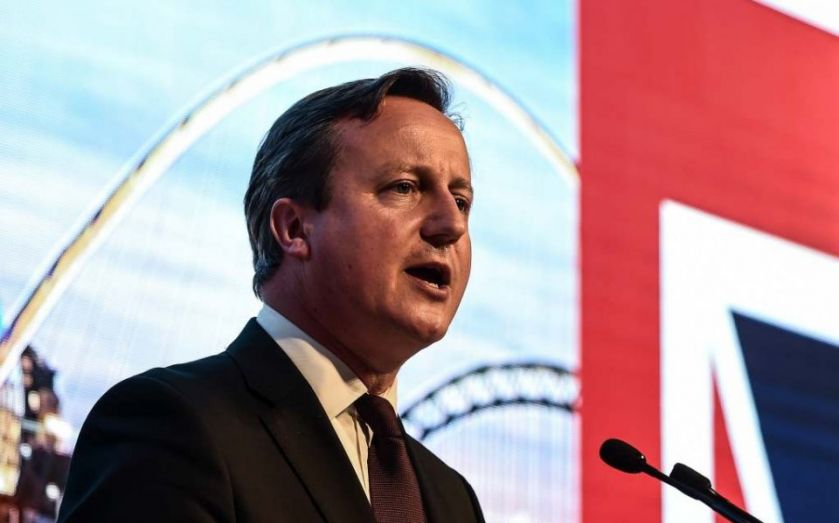 Are the wheels falling off the government’s EU renegotiation? It’s a legitimate question to ask given that, in the Prime Minister’s first hundred days of leading a majority Conservative government, we have already seen a significant reduction in what David Cameron appears to be asking for and what he is likely to achieve. Despite having strengthened his grip over the government machinery at home, by unsentimentally decapitating the “in-at-all-costs” Liberal Democrats at the General Election, this does not appear to have translated into a similar strengthening of his influence in Europe. Indeed, reports yesterday that, due to EU law, ministers would be unable to cut benefits to EU migrants without also cutting the benefits given to 18 to 22 year-old UK nationals is just the latest climb-down. It also encapsulates a wider issue that is becoming increasingly evident: without changing the EU’s Treaties themselves (which Cameron has admitted may not be achieved before the referendum takes place), the renegotiation will be limited and any promises made will be flimsy at best. The government’s ambitions had already been watered down, even before yesterday’s revelations. Think back to less than a year ago. In November, Cameron gave a major speech on his plans to use the forthcoming EU renegotiation to limit migration to the UK. Before the speech, the idea of an “emergency brake” was heavily trailed as a method of restricting the numbers of EU migrants coming to the United Kingdom. But when Cameron stood up to speak, he blinked. There was no emergency brake. Instead, there was a commitment to limit the pull factors of EU migration as an “absolute requirement in the renegotiation”. And now, we learn that ministers are examining plans to limit benefits for everyone in the UK in an effort to sidestep EU rules about discriminating against EU nationals. No matter how you spin it, tinkering with the welfare system at home is not the same as negotiating a new deal with the EU. Some will point out that the number of people affected is limited to only those between the ages of 18 and 22, or that our welfare system is too generous overall anyway, or that migration is not really the issue at hand. All of these are reasonable arguments that could be made. But they do not change the principle at stake. The Prime Minister promised to put something at the heart of his efforts to reform Britain’s relationship with the EU. With a strong hand in the renegotiation, and the UK able to walk away from an unreformed EU and prosper, he is in a very strong position. But if the government’s commitments keep on slipping, what hope is there that we will see a reduction in existing EU red tape, or a limitation of Brussels’ ability to interfere with the City of London? You don’t have to think that limiting benefits is the most important aspect of the renegotiation to realise a dangerous precedent is being set. Of course, this may be part of an expectations game. Cameron may be downplaying his hand only to swoop in with changes secured off the back of opportunities created by the reheated Eurozone crisis. But that would require a very disciplined approach to the EU. Regardless, this whole saga proves that not only is Treaty change vital to ensuring the renegotiation is not easily undone (just recall the backtracking on Britain’s promise not to contribute to the Eurozone bailouts), but that without Treaty change, the scope for renegotiation itself will be extremely limited. Cameron recognised this earlier in the year, when he said “full-on Treaty change” was absolutely essential to secure the reforms we need. Renegotiation can still be rescued. When the Prime Minister speaks to all the EU leaders again in September, he needs to make it clear that tinkering at the edges is not enough, and that, if he cannot secure substantial reform, he is prepared to campaign for Britain to leave. He can do this in the knowledge that the UK would prosper and gain influence outside an unreformed EU. If he does not, however, Britain’s renegotiation agenda will be steadily eroded, resulting in little more than cuts to benefits at home, and a few warm words abroad to show for it. This would be a long, long way from the noble aspirations of Cameron’s Bloomberg Speech, when he first set out his plans for renegotiation, and a great disappointment to those who want to see a leaner, more competitive EU, fit for the twenty-first century.