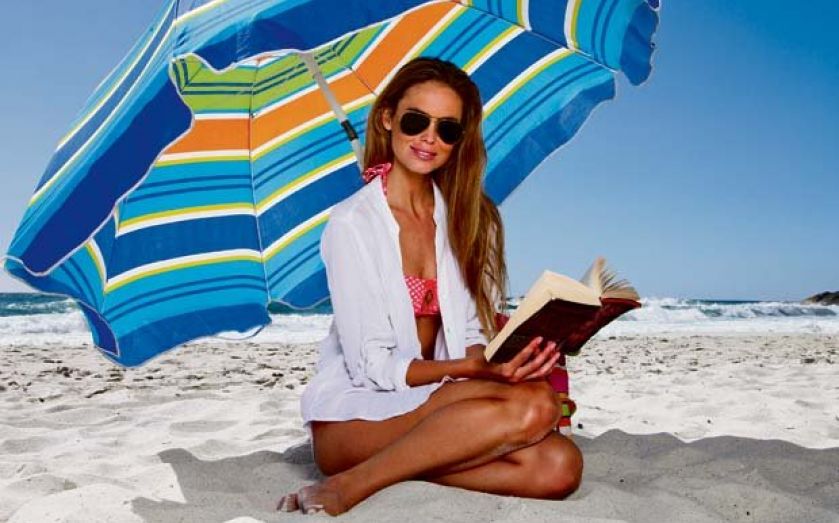 You might be surprised how many older volumes make the cut.
Most of us look at our summer holiday as reading prime time. Indeed, research from TripAdvisor found that, for nearly one in four of us, it’s the only time we manage to read a book. And even if you read more regularly, a good recommendation never goes amiss.
Many leading business lights claim to read a phenomenal amount. Tesla and SpaceX founder Elon Musk is said to have read tens of thousands of books – in between inventing and running several businesses. So what do today’s industry leaders recommend? City A.M. takes a look at some of the business-orientated books they’ve singled out.

Microsoft founder Bill Gates isn’t shy when it comes to sharing his favourites. Last summer, he released a list of highbrow non-fiction works he’d been tackling. This year, he’s declared John Brooks’s Business Adventures “the best business book I’ve ever read”. Brooks, who died in 1993, was an award-winning writer and financial journalist. His work brings to life now ancient business successes and blunders from the Wall Street giants, and is feted as being as relevant today as 40 years ago. The book was out of print, but the rights have just been acquired by John Murray Learning. The e-book is already available and the paperback is out in the UK on 12 August.

Another reading list sharer is JP Morgan’s Jamie Dimon. In the summer of 2010, he sent book suggestions to the firm’s summer interns. Like Gates, Dimon is happy to nod to some enduring, evergreen volumes: Only the Paranoid Survive, Intel’s Andy Grove’s run-down on the strategy that made the company; The Intelligent Investor, by Benjamin Graham; and Double Your Profits in Six Months or Less, by Bob Fifer. A number of history books and biographies also made the cut, like Team of Rivals: The Political Genius of Abraham Lincoln, the 2006 Lincoln Prize winner by Doris Kearns Goodwin, which demonstrates how a leader’s relationships determine success.

When it comes to learning about success, even those at the top still read up. Fred Wilson, partner at Union Square Ventures and investor in Twitter, Tumblr, Etsy and Soundcloud, posted a photo on his Flickr stream: the box collection of serial entrepreneur Seth Godin. Alongside it can be spotted The Snowball, the biography Warren Buffett allowed former Morgan Stanley adviser Alice Schroeder to write. Incidentally, both Buffett and Dimon recommended Bill Bryson’s A Short History of Nearly Everything.
For some business heavyweights, reading takes pride of place in their demanding schedules. Claire Diaz-Ortiz, a Twitter early hire, reads 200 books a year and publishes “What I’m reading”. Her 2013 list included Steve Jobs, by Walter Isaacson, What The Most Successful People Do On The Weekend, by time management expert Laura Vanderkam, and the pensive Happier Than a Billionaire, by Nadine Hays Pisani.
Of course, if you are looking for something more philosophical, why not take a leaf from Musk? His all-time favourite is Douglas Adams’s The Hitchhiker’s Guide to the Galaxy.

Get your reading in hand
To Read
Free

Want to make packing that bit easier? To Read does what it says on the tin, which is very useful for those of us who end up with a hotchpotch of notes, Amazon wish lists and scraps of paper. You can make a list of the books you want to read, search it, and check off volumes once you’re done. It also allows you to view book descriptions, authors and covers. The developer has recently added the ability to rate books, and has invited suggestions on how to improve functionality.