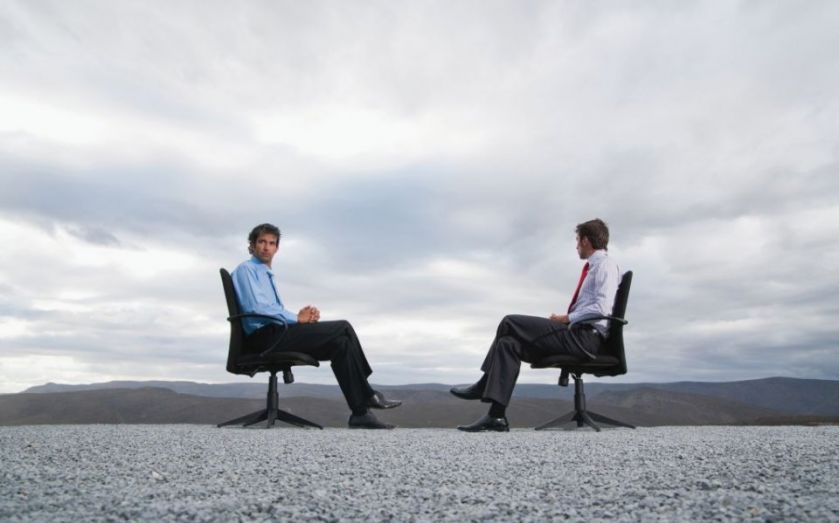 It’s intent, rather than substance, which really riles people
From debates over strategy to differences in political opinion and personal values, tensions are likely to flare up in high-pressure work environments. But when your conduct is being scrutinised by colleagues, you’ve got to keep your cool. Here are three tips for speaking your mind without losing your head.

Dealing with conflict head-on may seem the quickest, and most honest, path to resolving it. But exercising emotional intelligence will help you more. “People don’t get defensive because of the content of a conversation; they get defensive because of the intent they perceive behind it,” emotional consultant Travis Bradberry told Forbes.
Showing empathy towards your opponent is crucial for FBI negotiators, who are told that a rapport can only be established with a suspect once they believe that you empathise with them. Moreover, it’s worth remembering that your ability to reason well is compromised the angrier you become, so staying sanguine is essential. An Emory University study, which took MRI scans of people watching their favourite presidential candidates contradicting themselves, showed that the areas of the brain which deal with logic and reason become dormant the angrier people are, and those equipped to handle physical attacks fire up.

DEMAND MORE THAN AN EXPLANATION

Perhaps it’s pride, or just laziness, but we tend not to see the holes in our own arguments. The term “cognitive miser” was coined back in the early 90s to describe those who take mental shortcuts to arrive at stances on political issues which they don’t properly understand. And we can be just as negligent when we devise strategies in business.
A study by the University of Colorado in 2013 found that, if you alert your opponent to their own cognitive miserliness, they are likely to become more amenable.
Researchers probed two groups on divisive issues like US healthcare and  Iran. The first group was simply asked to provide reasons for their views, but the second had to justify exactly why their favoured policy would work, and enumerate the precise impact it would have. This caused many of them to falter and revise their opinion.
By asking your opposition to explain the outcomes of their strategy, rather than merely justify it, they may be more likely to admit defeat. By the same token, finding the weaknesses in your own position means you’ll be able to bulletproof your own pitch.

If you must succeed at any cost, take a leaf out of Arthur Schopenhauer’s book The Art of Being Right. He puts forth a variety of underhanded rhetorical techniques for stretching your rival’s argument to breaking point.
Consider taking your challenger’s proposition beyond its natural limits by exaggerating it. The more general it becomes, says Schopenhauer, the more objections you can find to refute it. Failing that, you could make them so angry that they are incapable of using their judgement or perceiving where their advantage lies. On balance, however, this is probably best avoided.
Share:
Tags: Office Politics Archive