How the wind-up of the Woodford fund will hit investors 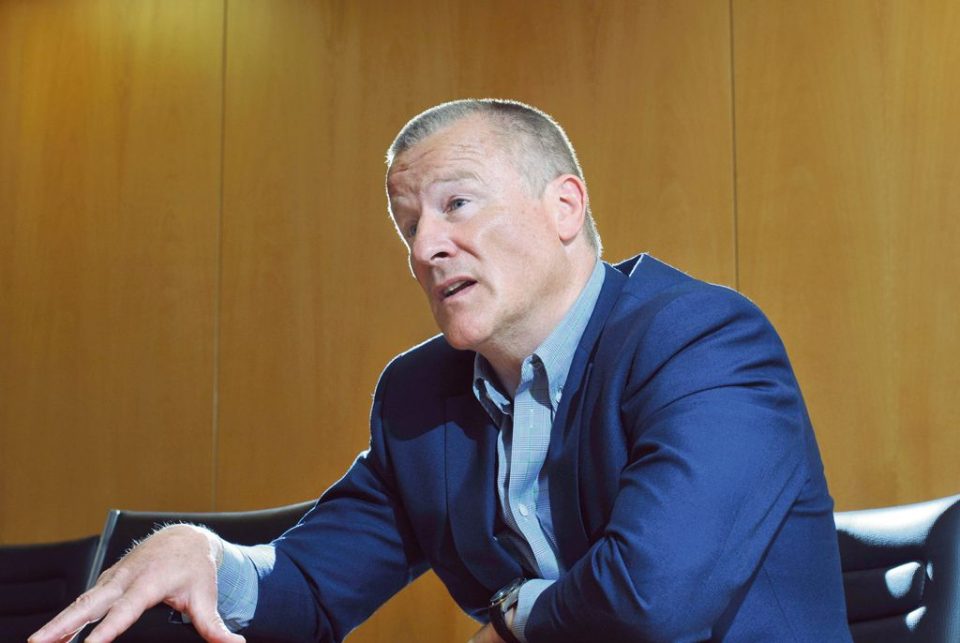 If the Neil Woodford scandal has been a slow-motion car crash, this must be the part where it finally hits the wall.

Last night, it was announced that Woodford Investment Management will close.

This followed news earlier in the day that the firm’s flagship Woodford fund would be wound up, putting an end to months of speculation about the future of the troubled investment vehicle, which has been suspended since June.

Woodford will also cease to be the investment manager, his name will be wiped off the fund, and the holdings will be handed to Blackrock and Park Hill to sell off.

The news may have come as a shock, but actually it’s not all that surprising.

If the Equity Income fund were to reopen as initially planned in December, the risk is that a stampede of investors would rush to cash in, merely causing the fund to gate again.

While Woodford has spent the best part of five months moving money out of unquoted assets into more liquid stocks, fund administrator Link Asset Services said that the process was too slow, and wanted to provide certainty to investors as to when they will be able to access their money.

Winding up the fund means that the assets can be shared among investors. But that’s not to say that investors are all pleased about this decision, with some arguing that it forces them to crystallise losses.

Woodford himself has said that he didn’t believe Link’s decision was in the long-term interests of investors.

“From an investor’s perspective, it’s an unsatisfactory end,” says Ben Yearsley, director of Shore Financial Planning. “However, with the level of redemptions anticipated, this feels like the only solution to treat all investors fairly.”

Investors whose money has been locked in since the summer have become increasingly angry, particularly as they have been forced to pay Woodford’s fees in the meantime.

Going forward, Link will not take fees for acting as authorised corporate director since the fund’s suspension, but it says that costs for investors will increase overall because the fund’s assets are being sold off.

If you’re invested in the Woodford fund, the earliest you will get your money back is 17 January next year, which is when the fund enters the wind-up process. In the meantime, investors can do nothing but wait – possibly for some time.

“Investors are likely to get their money back in phases. This is so that they don’t have to wait until every last investment is sold,” says Adrian Lowcock, head of personal investing at Willis Owen.

Read more: Q&A: Why was the Woodford fund suspended, and what happens next?

While Link says it will pay investors their share of the proceeds as soon as possible, certainly don’t expect anything to happen fast, as illiquid assets will be sold gradually to limit losses.

Ryan Hughes from AJ Bell points out that the liquidity assessment carried out by the fund, and divulged to the Financial Conduct Authority (FCA) in April this year, showed that a third of the fund was in assets that would take up to a year – or more – to liquidate. “The portfolio has shifted a bit since then, but it is unlikely to be a quick process.”

And unfortunately, when you do get your money back, you’re likely to get less than you put in.

The long-standing underperformance of the Woodford fund means that investors have been losing money for years now. And with Woodford being forced to sell assets at discounts to meet redemption requests, you should expect significant losses.

Obviously what money you get back is determined by what the assets are sold for, which is impossible to gauge at this point in time.

In addition to his flagship fund, Woodford is also responsible for managing the Income Focus fund and the Patient Capital trust, both of which have suffered because of the loss of faith in the former star manager.

While no mention is made of Woodford’s other funds in Link’s letter, Hughes says that it now seems highly unlikely that he will remain in place as manager of the Patient Capital investment trust, with the board already looking at potential replacements.

While the stricken flagship Woodford fund and the Patient Capital trust share some similar illiquid holdings, it’s important to note that the latter’s investment structure is more suitable for those types of investments, and it cannot be suspended in the same way as the stricken fund.

Meanwhile, the Woodford Income Focus has now fallen below £300m, having dropped 20 per cent over the past year. Experts predict that it will struggle to raise money going forward.

As for the company, it’s now clear that Woodford Investment Management has no future at all.

But this problem is bigger than Woodford himself.

“This is a very sad day for the reputation of investment management,” says Peter Mann, chairman of TORI Global. “Our industry depends on trust and faith in good governance, and there can be no doubt that the public’s feelings in both of these areas will be shaken.”

Indeed, it’s easy to see how a scandal like this can put people off investing entirely. But experts also stress that investors have no reason to be worried that this could happen to another fund run by a different asset manager.

While there is always the possibility that a fund could gate when lots of investors rush to exit, wind-ups like this are much rarer.

Read more: Timeline: When everything started to go wrong for Neil Woodford

That said, this incident could well lead to an overhaul of regulation. As Hughes says: “To have any positive outcome, this must now serve as a catalyst for the FCA to speed up its review of illiquid assets held in funds.”

Of course, there’s no point in having rules if they are easily broken with impunity. Woodford went against regulation by holding more than 10 per cent in unlisted stocks. Perhaps in future, we could see the regulator really bare its teeth when fund managers break the rules.

And Woodford will be used as an example of what not to do.