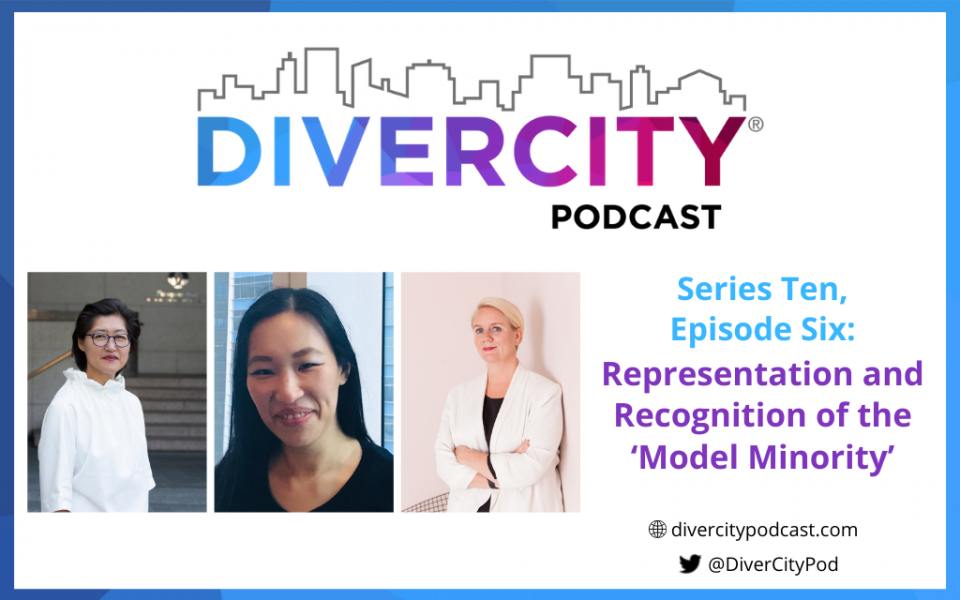 DiverCity® Podcast · Representation and Recognition of the ‘Model Minority’

The #StopAsianHate campaign sprung up in response to a sharp increase in the number of assaults, both physical and verbal, on Asian communities globally over the past year.

In the US, former President Donald Trump’s rhetoric around China – he even referred to Covid-19 as the ‘Chinese virus’ – incited growing anti-Asian feeling. More broadly, the incidents have generated debate about the use of the ‘Asian’ label, given it should represent those from numerous countries across the region, including India.

In a podcast discussion on East Asian visibility and representation within financial services, I was joined by Millie Gillon, global head of client experience at Standard Chartered, and Sun-Hee Park, an international capital markets lawyer and founder of the East Asian Lawyers Organisation (EALO).

Park explained that upon realising that the all-encompassing label ‘Asian’ is typically used in the UK to refer to South Asians only, she began using ‘East Asian’ to clarify.

The label BAME is equally problematic. It is overused and groups a number of different races, which can be insulting. However, according to Park, the ‘BAME Over’ campaign, which rejects the use of the term entirely, while admirable, simply misses the point.

While highlighting that “we’re nowhere near the stage where we’re discussing the differences between the races and ethnicities”, she added it’s like building a house, where instead of addressing where the structural walls are going to be placed, we are already picking out what colour mugs to buy for the kitchen.

“All people of colour face discrimination, which is why if you look at the numbers of people who are visible in British society, you don’t really see that many people of colour,” she said. “In particular, East Asians are absent.”

Gillon supported this viewpoint, stating that it is still very much a “black and white world”.

For her own children, she searched the world to find dolls that looked like them.

“They’re not 100% East Asian, so that made it even more challenging,” she said, “but it was so important to me to recognise they need role models.”

It was this ‘invisible minority’ that pushed Park to establish EALO, a network that provides ‘psychological safety’ and somewhere for open conversation between people with similar appearances.

She emphasised the importance of having this type of facility made available as these conversations are difficult to have with others who have not had that same experience.

Those outside of a minority group “may be shocked” at some of the things that have been experienced, Park added, recalling one incident as a junior lawyer.

With those experiences in tow, providing psychological safety for those who have shared similar incidents is imperative to Park. She also wants to combat the assumptions of the ‘model minority’ – the expectation of conformity and obedience, and subsequent invisibility.

Quoting Colin Powell, Park said: “Give me a seat at the table and then I’ll prove to you that I can do my job.”

However, she pointed out that for most people of colour, there is no opportunity to be at the table in the first place, which is the change we need to make.

Ensuring employees are guaranteed psychological safety – especially against discrimination – reaps rewards, according to Park: “Happy employees are more productive employees. Your organisation will do better.”