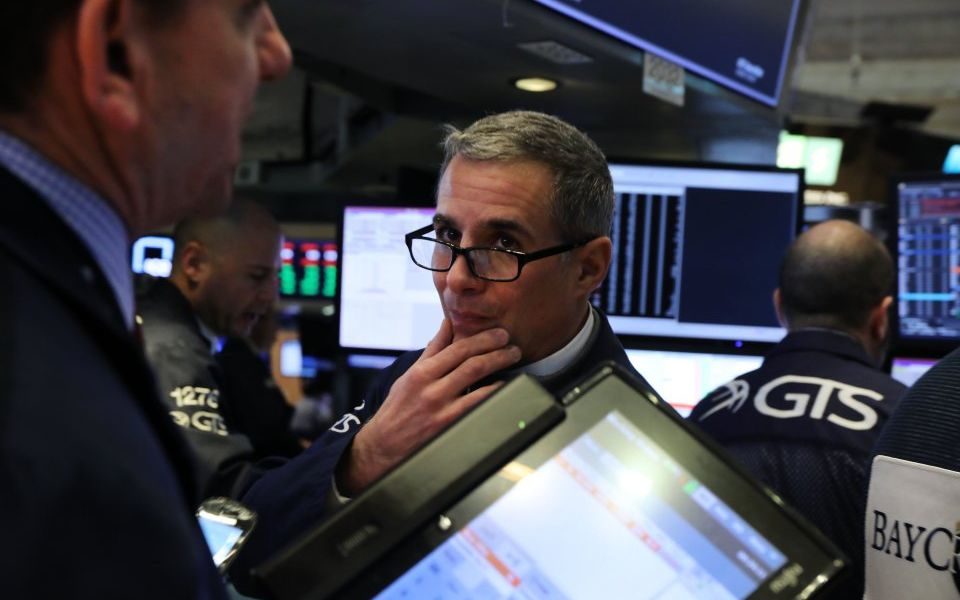 Wall Street shares have plummeted in response to Apple’s warning over a slowdown in China.

All three major US indices tumbled on opening as Apple’s nine per cent fall caused another painful day for investors.

The tech giant said lower demand for its products in China and the country’s economic deceleration were to blame for its second revenue warning late last night.

The S&P technology sector fell 3.5 per cent, with chipmakers, which count both Apple and China as major customers, weighing the most.

The selloff spread to the FTSE 100, which fell 0.6 per cent and to European markets, as the Eurostoxx dropped 1.2 per cent.

Luxury retailers were also hit by Apple’s warning of Chinese slowdown as analysts said investors were concerned Chinese consumers may lose their appetite for high-end brands.

The FTSE 100 was trading 0.6 per cent down in the afternoon as the US markets dragged the index down from a position of parity.

Next led the index’s risers, jumping five per cent on strong Christmas sales, followed by Tesco which rose 3.8 per cent.

Astrazeneca, Marks and Spencer and Associated British Foods made up the top five.