In the space of a year I’ve gone from a sweaty pedalling idiot to the City’s driest and foremost ebike expert. You can spot me gliding around Bank each morning, the picture of respectability and class, fresh as a bee and happily dinging my bell at morning commuters, who smile and greet me like an old friend. Ding, ding! Here comes Steve, the happy fellow with the electric bike. Ding, ding! Top of the morning Steve, how’s it going?

The latest electric bike I’ve been trialling is the Volt Pulse. It’s a hybrid built in the style of a Dutch town bike, with a little suspension in front and a 250W rear hub motor in the back, capable of assisting you up to the legal limit of 15.5mph. The Pulse has a throttle control on the left handlebar too, meaning you can use your thumb to boost yourself up to top speed, as long as the pedals are moving, which is useful for safely zipping away from the lights ahead of other road users.

The style of the bike means the riding position is a little more upright – think Mary Poppins rather than Chris Hoy – which, if anything, makes it feel zippier than other ebikes. The slim, puncture-averting tyres are ideal for London commutes too, nimble enough to skirt around potholes and robust enough to ride over the thin layer of broken windshield glass and jagged metal that coats the entirety of my route into the office.

Even when asking so much of the motor, the Pulse swallowed up my 12-mile round-trip commute with barely a notch taken out of the battery. It’ll manage more than 60 miles if you ride it like a saint.

The Pulse has a decent set of Shimano gears, though I nearly always find myself riding in top gear on ebikes that have them. Though not battery-efficient, the motor will take nearly all of the grunt out of getting up to speed in any gear. Similarly, you can dial down the assistance level if you’d like to exert yourself a little more, but if your goal is to arrive at your destination looking as relaxed as you did when you set off, you’ll whack the thing into the highest power mode and enjoy the ride.

Even when asking so much of the motor, the Pulse swallowed up my 12-mile round-trip commute with barely a notch taken out of the battery. It’ll manage more than 60 miles if you ride it like a saint. The Dutch-style frame lock is another neat touch. Coupled with the secure (and hard to spot) battery it makes the Pulse less likely to be stolen than nearly every other bike I’ve tested.

It’s a heavy old thing – and the weight of the rear mounted hub motor makes steering feel twitchy at first – but the Pulse is a joy to ride on London roads. Ding, ding. 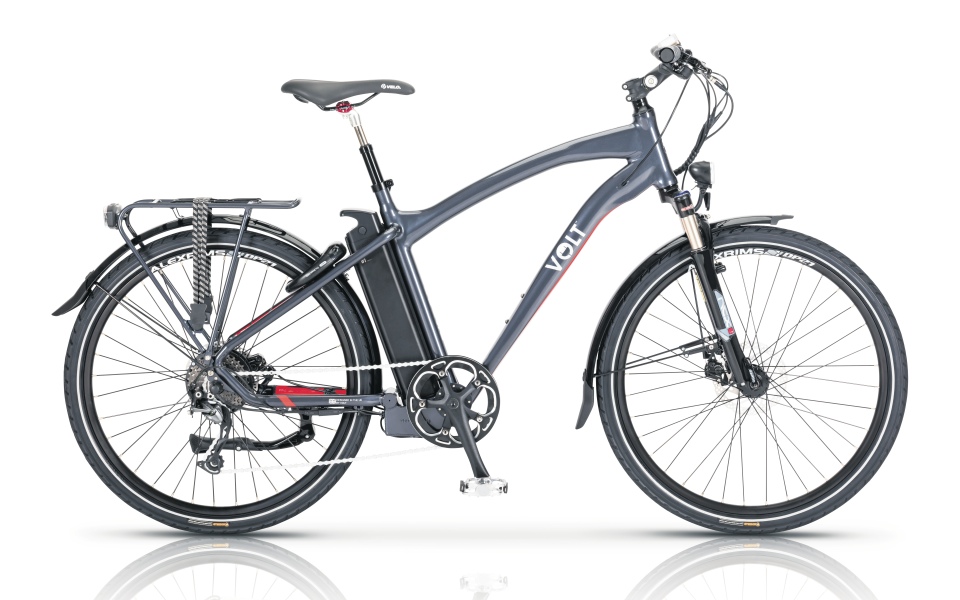