Getting around London has become remarkably easier in the last couple of years, thanks to our old friend electricity. Not content with powering our homes, the popular energy source has turned its attentions to bikes, scooters and weird little unicycle things of every conceivable shape and size, allowing us to zip around the city with electrified impunity.

Rechargeable, battery-powered pushbikes are perhaps the stealthiest application of the new technology, effectively disguising your laziness (or ingenuity and efficiency, if you’d prefer) by cramming a tiny but powerful motor into the rear-wheel hub, and drawing power from increasingly small and discreet battery packs. The result is a new generation of powered bikes that look almost indistinguishable from their non-electric peers, meaning nobody needs to know that you’re getting a sneaky battery-assisted speed boost every time you pull away from a green light.

The Gtech eBike is one such stealth bike, and you’d be hard pressed to tell it apart from the commuting crowd. An aluminium alloy frame helps it weigh in at a rather slender 16 kilograms, making it one of the lighter electric bikes on the market, and crucially making it ride easily even with the power switched off. The lithium-ion battery pack is cunningly disguised as a frame-mounted water bottle, providing 30 miles of zap and recharging to full in three hours.

The power it provides kicks in on the first pedal, giving you a eerie initial speed boost that’s not entirely unlike what being pushed by a ghost must feel like. That extra juice, coming from the rear wheel’s 36 volt, high-torque motor, assists you up to the EU-mandated speed limit of 15mph, which is zippy enough for London’s streets.

From there a bit of extra foot power will get you going faster, but the real benefit of the motor can be felt when riding uphill. The Gtech eBike zooms up inclines unfazed, with your magic water bottle working its little electric socks off to keep you ascending at a steady, quick pace. It’s on slopes that the eBike feels most like arcane sorcery, and with less uphill exertion you might even be able to reach your destination without requiring a change of shirt on arrival.

With no gears and a carbon belt drive instead of a traditional chain, the eBike is an uncomplicated machine. Ride it like a regular bike and the on-board computer embedded in the frame takes care of the battery’s power output on the fly, measuring the rate at which you’re pedaling while automatically adjusting the amount of push the electric motor is providing. The motor can be switched off entirely if you reckon you need the workout, otherwise it operates at one of two cruising speeds.

It’s not a bad looking bike either. The sports version is built on a 20 inch cross bar frame, while a slightly smaller city version features a 17 inch step through frame and a more upright riding position.

But how much does the Gtech eBike cost? All of this electrical wizardry will set you back about as much as a mid-range push bike, but a confidently offered 14 day home trial will bring the eBike to your door fully assembled and for free. For the uninitiated and unelectrified cyclist, that’s a tempting enough invitation to join the ranks of London’s battery-assisted, effort-shirking cheaters. 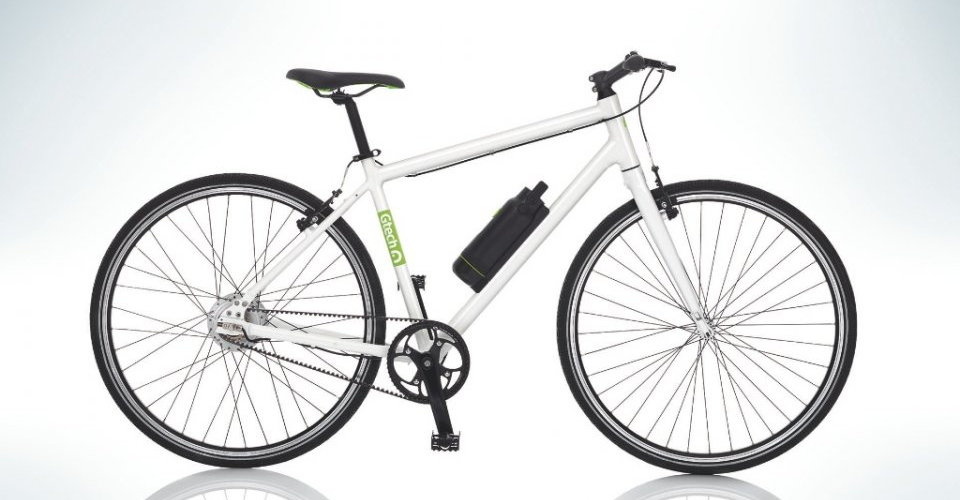