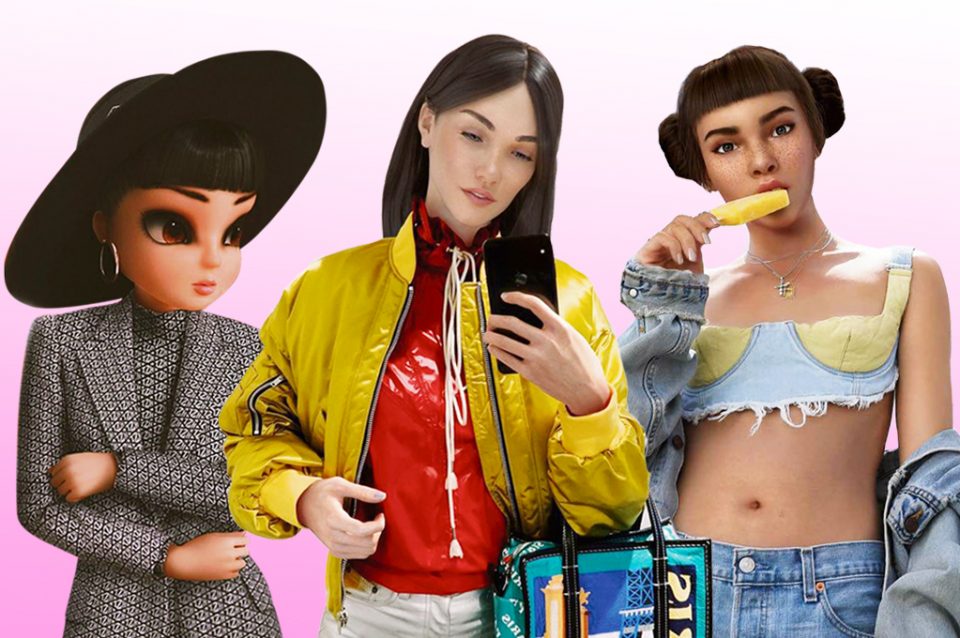 The most famous example is Lil Miquela, a fictional character invented by LA-based studio Brud.

“She” has 1.7m followers on Instagram, has appeared in a Calvin Klein commercial alongside the (real) supermodel Bella Hadid, and has even released a music single.

These virtual characters are profiting from the influencer marketing industry, and are increasingly popular with companies, mainly because of the reduced risk to brand safety – it’s much less likely for a virtual influencer to go off-message and offend an audience, unlike their human counterparts.

Brands including KFC, Yoox, and luxury fashion house Balmain have now created their own virtual influencers to promote their products.

But underneath the digital smile of Lil Miquela lie some troubling questions about how brands are using these characters.

First and foremost, characters like Miquela, Shudu (who claims to be the world’s first “digital supermodel” with 191,000 Instagram followers) and Yoox’s Daisy, with their stick-thin figures and flawless features, may reinforce impossible beauty standards.

Studies show that young people especially have reported feelings of depression, anxiety, and loneliness from interacting with social media, partly as the result of influencers and celebrities presenting an idealised life to their online followers. Think how much worse this effect is with literally perfect digital models.

“These digital creations are tricked out to wear designer brands, as is the case with Lil Miquela, meet and interact with celebrities, and participate in events that the average consumer is not attending, but dreams of going to,” says Carlos Gil, author of The End of Marketing. “Overall, a virtual influencer portrays the ‘perfect life’ that not even a human influencer can show 24/7, because they’re a digital creation that only exists online.”

Do they work for brands?

From the brand side, there’s also the fundamental question over whether these virtual avatars are even useful for marketing. Ben Jeffries, co-founder of marketing platform Influencer, points out that the power of human content creators and influencers is that consumers look to them for trustworthy product recommendations.

“Influencer marketing is built on trust,” he says.

“Virtual influencers that are created by a brand have a clear bias towards that brand’s services or products, and therefore are likely to be seen as less trustworthy by consumers.

“The value of virtual influencers like KFC’s Colonel Sanders lies more in brand exposure, rather than in producing trusted recommendations and subsequent sales.”

Perhaps the biggest issue, however, is one of transparency. It’s not immediately obvious who owns or controls virtual influencers, which makes it harder to hold them accountable or understand their motivations.

“If a company owns a virtual influencer we need our children to know – immediately – that this is a brand-owned device, and therefore what their motivations are,” says Dudley Nevill-Spencer, director of the Virtual Influencer Agency, which creates and manages online characters for brands.

“If the virtual character is simply an avatar of a real person, then you need to know exactly who that person is, so that they are responsible for what they say and can be held to account.”

He also warns that, because of artificial intelligence and natural language processing, virtual influencers could hold thousands of one-to-one conversations with followers simultaneously, potentially enabling them to form strong personal bonds with people.

“These deep, emotional, ‘human-machine’ relationships represent a clear responsibility for those creating virtual influencers, and is not to be taken lightly.”

The virtual dark side

These concerns have not gone unnoticed. In fact, Nevill-Spencer has made a “Virtual Human Practitioners Code of Ethics” for designers and creators to sign up to.

A focus of the code is about adding a watermark to virtual influencers to make it clear whether they’re brand-owned or simply for entertainment.

“They are then traceable via a blockchain ledger to the end owner, so that motivations and accountability are clear,” he adds.

“In this way, we can avoid many of the issues that we have faced in social and influencer marketing.”

The popularity of characters like Lil Miquela shows that people do enjoy interacting and following these artificial personalities, and that there is value in their ability to boost consumer engagement.

But there’s also clearly the risk of abuse and causing harm, however unintentional, to followers. Actions like Nevill-Spencer’s code of ethics show that some parts of the industry are aware of these issues and are being proactive in providing solutions.

Just like any other tool, virtual influencers must be used responsibly. Brands need to be made aware of their duty of care – before the regulators catch up to Lil Miquela.