World Mental Health Day: How can an app boost your wellbeing? 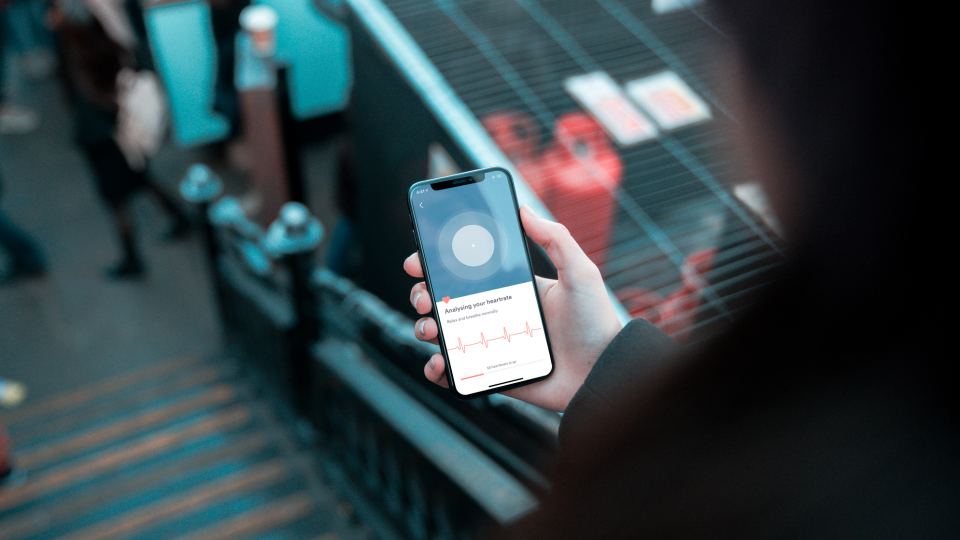 This Thursday is World Mental Health Day. Now before you roll your eyes at yet another article discussing the importance of our mental wellbeing, it is worth remembering the massive cost of mental ill-health to society.

According to the OECD, the direct and indirect costs of it – such as absences from work and decreased productivity – amount to £94bn every year in the UK. To put that into perspective, that’s roughly four per cent of the country’s GDP.

But how can we actually address poor mental health, especially in the workplace? To find out more, I spoke to an expert on the matter: David Plans, co-founder and chief executive of BioBeats.

BioBeats is a workplace mental health platform that uses artificial intelligence and machine learning to address human wellbeing and help manage stress. Businesses subscribe to the service, called BioBase, which staff can then use to monitor their personal wellbeing through an app or wearable tech.

By combining biometric data – such as sleep cycles, heart rate, and physical activity – with psychological and neurological data that uses mood tracking, as well as psychometric tests and questionnaires, BioBeats can track someone’s stress levels, and make suggestions on how they can improve their wellbeing, or even refer them to therapy.

“We want to be preventative rather than reactive, and to be preventive you have to be there for a long time,” explains Plans. “We need to be there long enough to say ‘you’re declining, here are the things you can do to get back into shape,’ before that decline becomes disorder.”

Plans has been working on the issue of workplace mental health for over seven years, and BioBeats has worked with major companies such as JP Morgan and KPMG. This Thursday, it will launch a pilot programme for WPP Health Practice, and will be available to staff in its London, Milan, and Sydney offices.

So given his experience, I ask Plans what employees should be doing to combat stress.

“Make sure that you sleep well. That’s number one. If you play with digital screens and answer emails at 2am, you’re unlikely to sleep well, but if you have at least an hour away from a screen or TV before bed, and try to wind down, you give your brain a chance to finish the clock,” he says.

“The other rule is to understand the relationship of stress to your body – it’s hard for your body to cope with stress.

“Rule three is exercise. Do exercises that put you in touch with your body, that doesn’t have to be strenuous or about your run time. It’s more about how you run and where you run than how fast you run. That gives your mind a chance to reconnect with your body.”

That’s sound advice for managing stress, but might not tackle the root cause of it for most people: work. With mounting deadlines and constant demands from bosses and colleagues, the office is likely a major contributor to poor wellbeing.

But despite the growing media coverage and statistics about the impact of mental ill-health on the bottom line, are companies actually taking the issue seriously?

“Five years ago, it was very different. In Silicon Valley, you had chief wellbeing officers, but over here that was unheard of,” Plans recalls.

“Now, you’re starting to get people appointed as wellbeing strategy directors. This is happening across London and beyond, and we’re talking to multinational companies. They’re taking it seriously, because enough companies like us have offered sufficient evidence of the link between mental health, churn, and occupational health.”

Another reason for this change in attitude, according to Plans, is that workers are less loyal to a company now than in the past.

Unemployment is at a record low, so people today have more options and don’t feel that they have to stay with a company which doesn’t take care of staff wellbeing. In order to compete for the best workers, businesses have to show that they have their best interests at heart.

Clearly, things are getting better. Lots of companies are now talking about and investing in initiatives to improve mental health. The fact that we even have a World Mental Health Day is evidence of this. But unfortunately, stigma around mental health persists, which makes people stay silent about their issues, rather than asking for support.

“It’s a culture thing,” argues Plans. “British culture isn’t known for being accepting of emotional weakness. If someone demonstrates that they’re vulnerable, it’s seen as a weakness, whereas actually, understanding vulnerability and emotional resilience is a strength.

“Even now, with all the attention that mental health is receiving, people still find it very difficult to go to the HR office and say ‘I’m having trouble coping mentally’ – if they broke a leg it would be obvious. Physical and mental illness are still not on par.”

And unfortunately, Plans thinks that simply talking about mental health won’t address this.

“Undoing the stigma by saying it’s okay to talk about mental health is useless advice. It’s not going to help. Okay, we can talk about it, but under what guise? What framework? How should we talk about it? It’s not informed enough.”

Instead, Plans suggests talking about what got us to this position in the first place. For instance, he criticises corporate cultures that encourage employees to be always connected and appear indestructible, arguing that this is harmful.

“To be a great manager, you need to be utterly vulnerable, and be able to  connect to people on an emotional level,” he adds.

“The mental health part of the conversation will come if you talk about why people need to understand vulnerability, and how emotional intelligence is much more important than actual intelligence. Begin there, and the stigma will crumble.”

BioBeats is one of many startups offering technological fixes to mental health issues. These are important and serve a purpose, but it’s also clear from talking to Plans that there’s much more to be done on a human level to address wellbeing.

Fundamentally, people have to take care of themselves. Doing that might require certain behavioural changes, such as trying to do more exercise or get better sleep, but it also means setting clear boundaries, such as when it is and isn’t appropriate to answer emails outside of work hours.

Most importantly, it also means taking care of each other, so that when someone does overcome their fear of stigma and backlash to ask for help with their mental health, their employers and colleagues actually listen, instead of rolling their eyes.