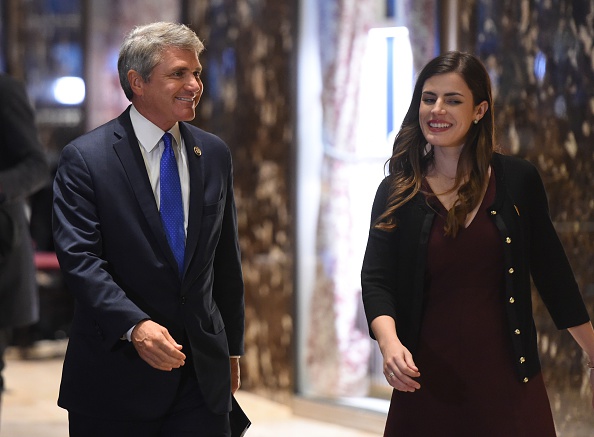 The personal assistant of Donald Trump, who has served the President since the beginning of his administration, has left the White House with immediate effect.

Madeleine Westerhout’s abrupt departure comes after Trump learned on Thursday that she had leaked information about his family and the Oval Office’s dealings in an off-the-record meeting with reporters.

Read more: Boris Johnson is exactly what the UK has been looking for, says Trump

Westerhout is now considered a “separated employee” and was told not to return to the White House on Friday, according to the New York Times, which broke the news.

Before serving under the President, Westerhout worked as assistant to Republican National Committee chief of staff Katie Walsh, who later became a senior adviser to the Trump transition team, as well as for Mitt Romney’s 2012 presidential campaign as an aide.

Although not involved in decision making, she enjoyed unique access to Trump and his operations and would often share photos on a private Instagram of her travels to rallies and Trump-owned properties, the Times said.

In 2018, she was one of six White House officials found to have broken the Hatch Act, after using her official Twitter account to tweet “Make America Great Again”.

Her departure is the latest in an administration that has been beset by high-profile exits, highlighting Trump’s battle against leaks and his wider campaign against the press.

On Wednesday night, he tweeted: “There has never been a time in the history of our Country that the Media was so Fraudulent, Fake, or Corrupt!”

Adding that when his presidency is “looked back on many years from now, I only hope that a big part of my legacy will be the exposing of massive dishonesty in the Fake News!”

The White House has yet to respond to request for comment.