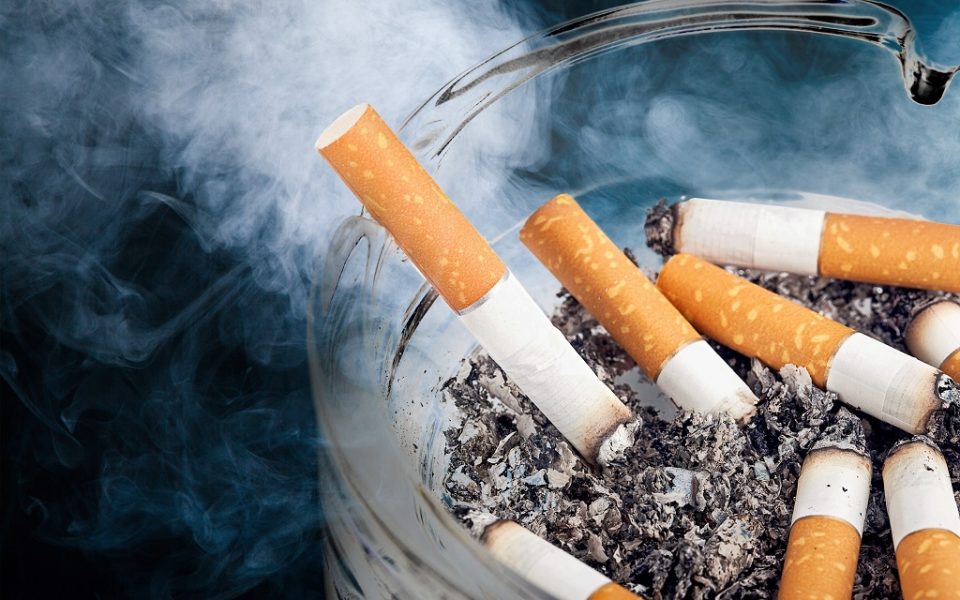 Disruption, whether as a result of new technology, stricter regulations or changing consumer habits, is affecting all sectors of the global economy, as we discussed here.

Read more: Stranger Things vs Mickey Mouse: How the media old guard is adapting to disruption

Old industries are under considerable pressure from disruption and small, nimble start-ups with superior technology and innovative products can quickly displace established companies that have dominated their sector for decades. And nowhere is this disruption more evident than in the tobacco sector.

For many years, tobacco stocks were the ultimate safe haven, providing shareholders and fund managers with a steady and largely predictable flow of earnings. This was not an industry you would have imagined to be ripe for disruption.

Although smoking rates have been declining for many years as governments around the world raised taxation rates, the traditional tobacco companies remained profitable as they continued to hike their prices. There was little competition or new products to lure customers away from their favourite brands and as it was an addictive product, the tobacco companies could remain confident that customers would keep coming back for more.

This has all changed. Alternative nicotine delivery systems, such as electronic cigarettes and heated tobacco products, are the first technology leap in the industry for generations. These products are now gaining in popularity as consumers seek healthier alternatives to traditional cigarettes, taking market share and profits away from the traditional tobacco companies in countries such as the US, Japan, South Korea and Germany. Although e-cigarettes currently account for just 7% of the US nicotine market, this could rise to 50% within the next five years.

This disruption is being led by companies such as Juul, which makes vaping and e-cigarette products. The e-cigarette is a genuine innovation and is disrupting the tobacco industry for a number of reasons.

Firstly, research suggests that vaping is less likely to kill you than cigarettes.  Secondly, it’s much easier to control the amount of nicotine that’s delivered through a vaping device than by using traditional cigarettes.

Established a little over four years ago, Juul has gone from a start-up with three employees to US tobacco giant Altria buying a 35% stake in the company last year for nearly $13 billion. This demonstrates just how powerful and profitable disruption can be. Juul was not the first to introduce a vaping product, but it was the first to develop an attractive and easy to use product at a reasonable price. The company has also benefitted by being the first to introduce multiple flavours, which has proved popular with younger consumers, and by aggressively promoting itself on social media.

However, Juul’s continued success could be challenged by increased regulation. The City of San Francisco recently banned the sale of all vaping products until there is further clarity on the health implications.  This retrograde step, which leaves traditional stick cigarettes as the only legal method for consuming nicotine in the city, could hamper the company’s continued growth if it is copied by other cities or countries around the world.

How are the established tobacco companies fighting back?

Some long-established tobacco companies such as Philip Morris International (PMI), which owns the Marlboro brand, are adapting well to the industry disruption. It has invested $6 billion since 2008 to develop its own heated tobacco system (IQOS). This has been pitched at more serious smokers and has gained good traction in markets such as Japan.

And in a bold (some may say strange) move for a tobacco company, PMI has stated that it can envisage a time when it may stop making tobacco products altogether (presumably once all its customers have switched to its electronic products).

Some of the other established tobacco companies have been less successful in their attempts to adapt. Imperial Tobacco has been trying to gain a foothold in the market with an e-cigarette concept but has so far failed to gain any significant traction.

Around 7.4 million adults in the UK reported that they smoked cigarettes in 2017, according to the most recent data issued by the UK’s Office for National Statistics (ONS) in 2018. This equates to around 15.1% of the population. However, while the number of people smoking cigarettes has been in steady decline for many years (as the health risks of tobacco have become more widely known), the use of e-cigarettes is moving in the opposite direction. In 2017, 5.5% of people in Great Britain reported that they use an e-cigarette, which equates to approximately 2.8 million people. In 2014, when data on e-cigarette use was first collected, the figure was 3.7% of the population.

As an investor, why should I care about disruption?

Disruption is now a feature of our everyday lives and is transforming consumer habits and the way that companies interact with their customers. But the interesting feature from an investment perspective is the growth that arises from disruption. When you get disruption, you tend to get innovations and developments that can be quite powerful.

The successful companies in the future will undoubtedly be those that embrace and adapt to change caused by disruption, just as those companies that fail to adapt or seek to deny that changes are happening could easily fall by the wayside.

As an investor in disruption, I look beyond the headlines and analyse the trends to identify what the world will look like in the future. I seek to identify those companies that are likely to benefit from disruption rather than becoming a victim of it. Going forward, investors looking to create a portfolio of stocks may wish to allocate some of it to the theme of disruption in general rather than focusing on a particular country, industry or index.

For more views on disruption or expert opinions on investments visit Schroders insights and follow them on twitter.