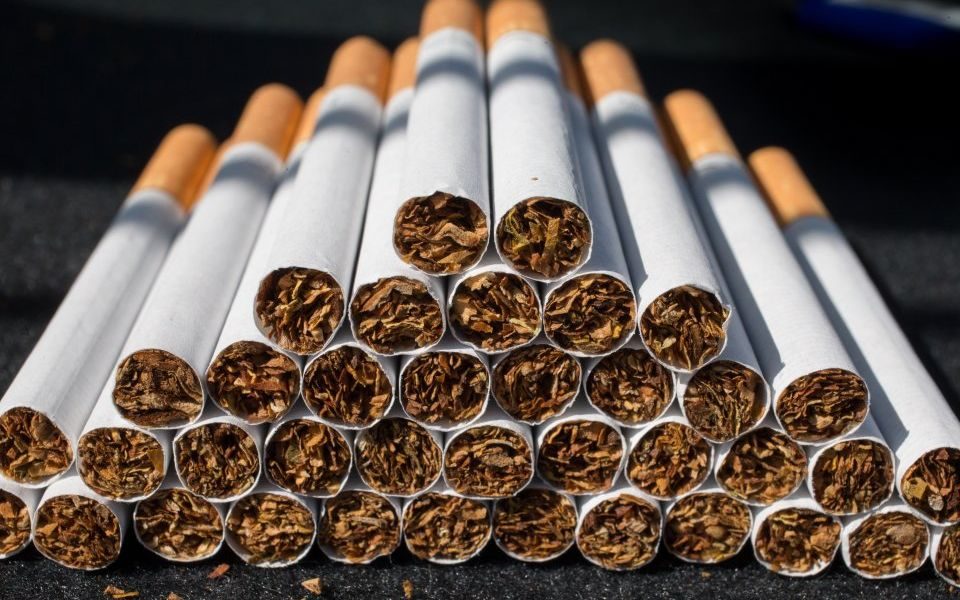 Chestnuts may be roasting on an open fire – at least on the speakers of every shop we have visited since October – but here our focus is smoke.

More precisely we will be considering its continuing disappearance as more and more people quit cigarettes – and what this could mean for tobacco companies and those who invest in them.

To pick out a couple of headline numbers from earlier this year, this Smoking in Britain paper indicates people in England quit smoking at a higher rate in the first six months of 2017 than at any point in the previous decade. Meanwhile, the Office for National Statistics suggested average cigarette consumption in Great Britain was down to 11.3 cigarettes a day by 2015 – the lowest level since 1974.

Furthermore, as the following chart shows, 2015 saw the highest proportion of Brits quitting smoking in more than 40 years.

Over the last few years, meanwhile, tobacco has become one of the darlings of the UK stock market.

At the start of this century, the industry was extremely cheap – trading on just 7x its 10-year average earnings – and thus squarely on the radar of value investors such as ourselves.

Now that valuation has effectively quadrupled, the stocks are of no interest to us whatsoever.

Tobacco stocks are too expensive for us now, and too risky

Clearly, however – and as so often seems to be the case – we find ourselves in a minority.

Having viewed it as a dying industry 15 or 20 years ago, the wider market would now appear to see tobacco as the very embodiment of stability – at a time when investors are craving that quality and willing to pay high multiples to achieve it, not to mention the bond-like yields the sector has on offer.

Yet, far from decreasing over this period, we would argue the risks associated with investing in tobacco companies have actually grown.

Two decades ago, the market’s major concern with the sector was litigation – the risk of multiple lawsuits from smokers and governments and huge amounts of damages being awarded – and yet the threat today is still more existential.

It is that people stop smoking cigarettes in their conventional form – and indeed Philip Morris, the world’s largest tobacco business, has admitted it is actively planning for “a smoke-free future”.

But hang on, you might counter, where is the problem here? After all, there are plenty of investors who are very excited about the ‘IQOS’ method of heating tobacco rather than burning it – more commonly known as ‘vaping’.

And indeed there are.

If tobacco companies move away from tobacco the problems start

The problem, however, is this scenario involves the tobacco companies moving from an area where they enjoy limited competition and high margins to one where the exact opposite is true.

As things stand, tobacco companies enjoy margins of around 60% or 65% – and they get to keep a high proportion of this because the ban on advertising their wares means they have nothing in the way of advertising costs.

At the same time, while a new company could put in place the means to make lots of cigarettes – the factories, the equipment and the tobacco – relatively easily, selling its wares would prove a great deal harder.

When a product has to be hidden from view and cannot be advertised, the last thing supermarkets and other potential retailers want is a relationship with an unknown supplier.

That all makes tobacco a fantastic business to be in – for the existing companies and at least for now.

With just a handful of major players, it is effectively an oligopoly where nobody competes on price.

The simple maths is, as things stand, sales volumes may be dropping at a rate of 2% or 3% a year, but profits are still rising as costs are falling and companies have been able to continue to increase prices by maybe 5% a year.

The trouble is, those price increases are becoming ever harder to push through while, if smokers continue to quit at the rates they have been of late, sales volumes will fall at a much faster rate.

As for entering the e-cigarette market, competition from manufacturers in countries such as China, the plethora of vaping shops on every high street and the fact advertising is allowed all mean the associated margins are nowhere near 60%.

Indeed, they are closer to 5% or 10% so that, while the tobacco giants know they could make and market an e-cigarette tomorrow if they so wished, the profits on offer make that idea deeply unappealing.

All of which suggests investors are being too sanguine about paying huge amounts for businesses now facing the prospect of shrinking demand, diminished pricing power and a less profitable alternative in smoke-free smoking.

Or to put it a way that picks up on our opening line (and with apologies to Nat King Cole):

"And so we’re offering this simple phrase

To investors from one to ninety-two

Although it’s been said many times, many ways –

Keep an eye on value."