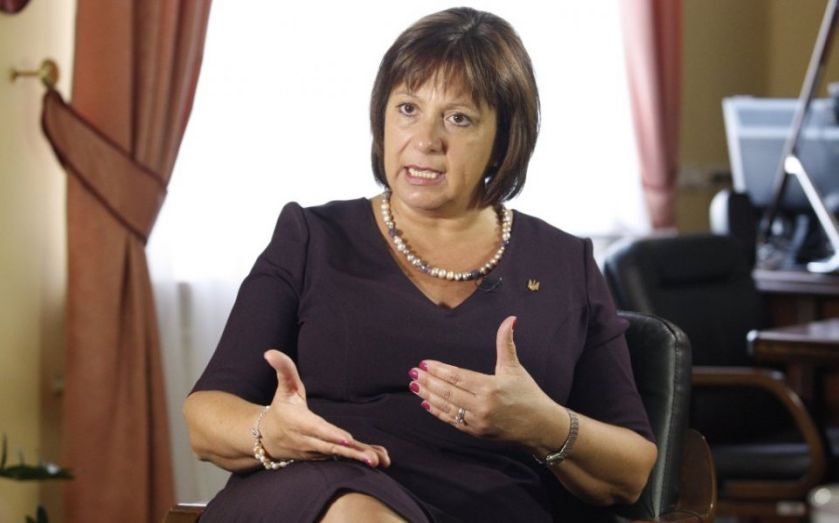 Ukraine has cut its interest rate to 27 per cent, a reduction of three percentage points – despite having inflation of 55.3 per cent in July.

The Ukrainian central bank said in a statement: "Tight monetary policy pursued by the National Bank of Ukraine for the past six months has significantly contributed to reducing inflation and devaluation.

"Inflation growth year-on-year has slowed for a third month in a row … given the decrease in inflation risks, the National Bank of Ukraine considers it possible to start easing monetary policy"

The decision will come into effect on Friday, and comes just after the conflict-stricken country secured a deal with its creditors forcing investors to take a haircut of nearly $4bn (£2.58bn).

After five months of talks, Ukrainian finance minister Natalie Jaresko reached an agreement with a creditor committee, led by Franklin Templeton, which includes a 20 per cent write-down on the value of $18bn of Eurobonds, according to Reuters.

A statement released by the finance ministry said the deal will extend the payment period on the government bonds by four years, through to 2027, and set the interest on all maturities at 7.75 per cent.

Everyone's done well out of this deal. That's why it's collaborative. It's not one side winning, it's a win-win situation. We're all moving forward without putting the value of the bonds at any further risk.

Franklin Templeton, which owns nearly $9bn of the country’s bonds, had previously refused to consider writing off any Ukrainian debt.

The Ukrainian economy has been crippled by the ongoing conflict in the Eastern part of the country with pro-Russian separatists.

Specifically, full implementation of the agreement will provide the targeted external debt service relief, reduce annual post-programme gross financing needs as envisaged, and place public debt on a clearly downward path. It is therefore important that the agreement gains broad support by all concerned Eurobond holders.

Earlier this month the IMF said risks to financial stability because of the restructuring talks and the conflict with separatists were “exceptionally high”.