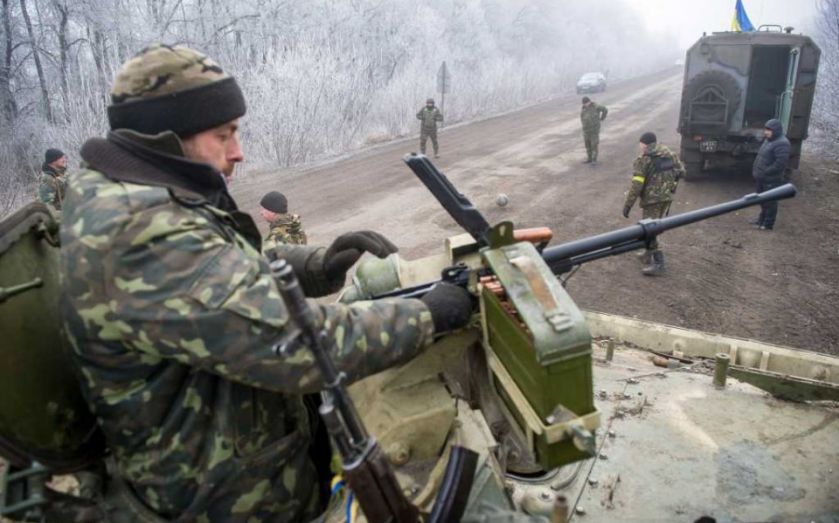 The Ukrainian ceasefire agreement lasted all of 50 minutes. Both sides accused the other of having broken the accord, with the telling shots fired near the town of Debaltseve, where 6,000 government troops are being besieged by separatist forces.

Both sides allege that within an hour of the midnight cease in hostilities, artillery shells were fired by the other. Despite this, reports are that the ceasefire is largely holding across the country and hopes are the violence will remain localised.

According to The Times, Valentyn Nalyvaichenko, a Ukrainian security services chief, said pro-Russian separatists launched the artillery attack and 10 shelling attacks were carried out by morning. Two citizens were reported to have been killed. The separatists claimed that they were merely responding to an initial barrage from government forces.

The ceasefire was drawn up after marathon talks in the Belarusian capital of Minsk last week, and many believe it to be the last chance to prevent the country descending into a bloody civil war.

The result of such an escalation could be massive; Europe would have a proxy war being fought on its eastern fringes with Russia backing the separatists and the United States, which has already said it was considering sending lethal aid to the Ukrainian government, also involved.

Vladimir Putin, the Russian President, is often accused of brinkmanship, and other leaders seem uncertain as to where Russian bluffing ends and the potential for serious, escalating conflict begins.