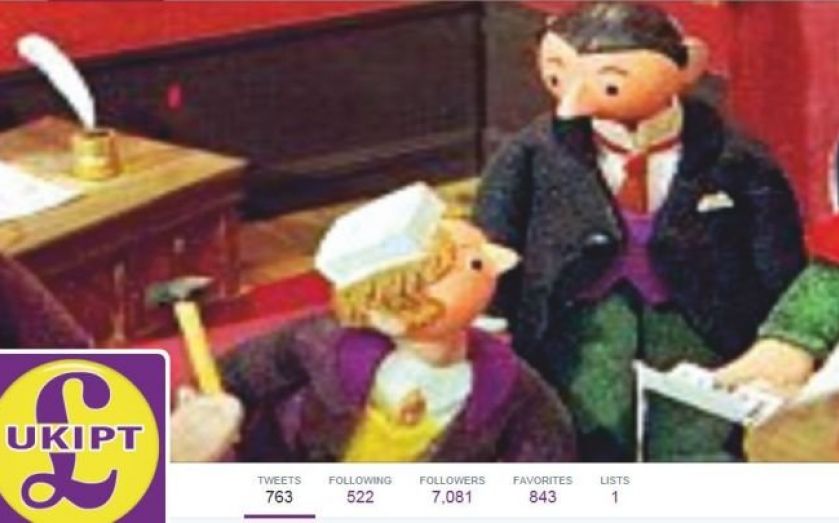 Trumpton has emerged as the next key political battleground – and it looks set to be another dirty tricks campaign.
This week social media has been dominated by representatives from Ukip, Conservatives, Labour, Lib Dems, Greens, Communists and Trumpton First, all vying to be elected into the hotly contested fictional seat.
Despite the volume of runners, Ladbrokes says it's a two horse race and the Tories are the favourites to hold the marginal constituency despite a big push by Ukip.
Odds for Tory candidate Cameroon Davelbee to retain the seat are at 8/11, with Ukip at evens. This is the sort of tweet that is apparently going down well with Trumpton voters.

When I see a brown van, I can honestly say the one word I think of is "respect" pic.twitter.com/mTArG8MNM4

I think @Trumpton_UKIP should not eat their biscuits in an ostentatious way. They're embarassing

But the Ukip candidate is winning the social media war, securing more than 7,000 followers on Twitter compared to Davelbee's meagre 347.  It could be because of tweets like these:
https://twitter.com/Trumpton_UKIP/status/540435532342652929
https://twitter.com/Trumpton_UKIP/status/540834887771897857
Alex Donohue of Ladbrokes said: "The betting suggests UKIP could well woo Pugh, Pugh, Barney McGrew, Cuthbert, Dibble and Grub come May. While it's looking a very close fight, we can confidently say the Lib Dems should lose their deposit again."
Labour is fielding Sooty as its candidate, but that does not appear to be enough to win over the hearts and minds of local residents.

Update: Trumpton Monster Raving Loony Party contacted us to complain about our media bias. So to prove that we have none, here is a tweet from them:
https://twitter.com/TrumptonMRLP/status/540680265988071424
For some reason, the intense political debate has irked some other social media-using politicians.