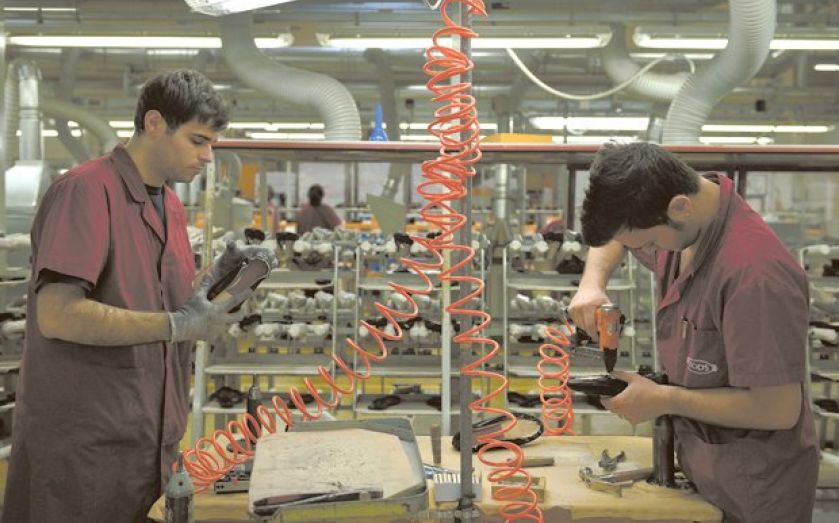 WAGES and in-work benefits for British workers grew at a much lower speed than inflation in the second quarter, despite a return to solid economic growth.

According to an Office for National Statistics (ONS) release yesterday, labour costs per hour, a measure of salaries, benefits in kind and employers’ social contributions, was up by only 0.5 per cent in the year to the end of the second quarter. In the year to June, inflation reached 2.9 per cent, far outstripping the increase in income and benefits.

Results for the Eurozone countries were more positive, with a 0.9 per cent increase on average, and inflation below two per cent.

While UK wages and benefits are being bitten away, Germany’s labour costs per hour rose by 1.8 per cent, roughly in line with inflation. Although France and the UK had a similar increase in labour costs during the quarter, French inflation hovered around one per cent during the second quarter, damaging real incomes less severely.

There was also a notable gap between different workplaces: while private sector workers saw an above-average rise of 0.6 per cent, public sector workers saw labour costs per hour drop by 1.4 per cent through the period, with policies for pay restraint appearing to take effect.

Howard Archer of IHS Global Insight commented: “Companies have been looking to pay restraint to limit their costs in a still very competitive environment. Undoubtedly, pay restraint has been a major factor protecting jobs while the economy has been barely growing. At the same time though, it has significantly limited consumers’ purchasing power.”

On the figures for the euro area, Archer concluded: “Labour market slack in most Eurozone countries means that workers have little, if any, bargaining power.”