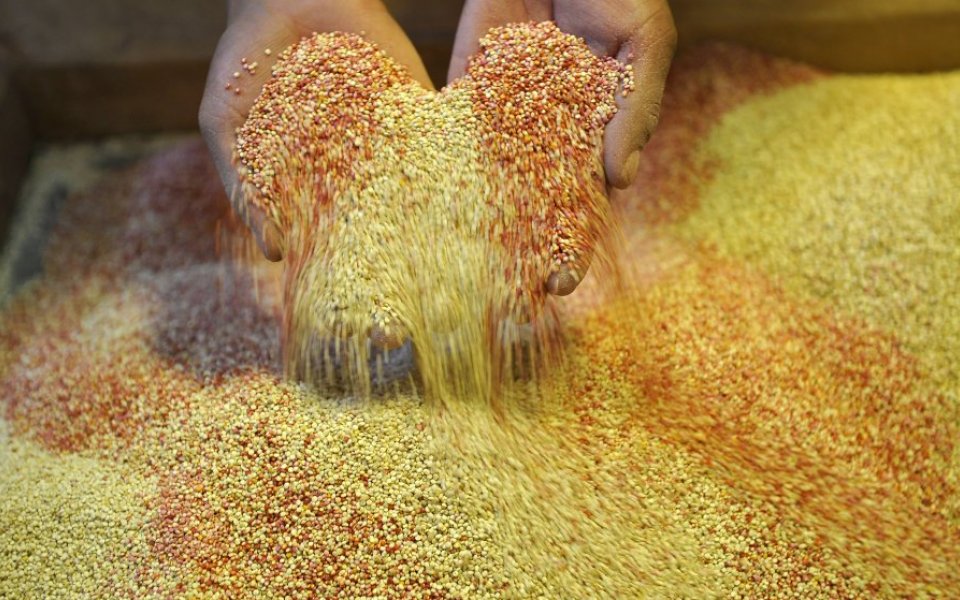 Britain’s appetite for novelty lunchtime salads knows no bounds. Imports of quinoa boomed again last year, as the Latin American grain went from a health-conscious fad to a mainstream staple.

Shipments to the UK from Peru, the world’s biggest exporter, jumped 47 per cent in 2015 to just under 3,000 tonnes, according to customs data released this week.

That surge followed 76 per cent growth in 2014, and almost double the year before that.

The Peruvian embassy ran its first quinoa promotional campaign this winter to explain its health qualities like high-protein and antioxidants. It expects Peru’s quinoa exports to the UK to grow another 25 per cent in 2016. 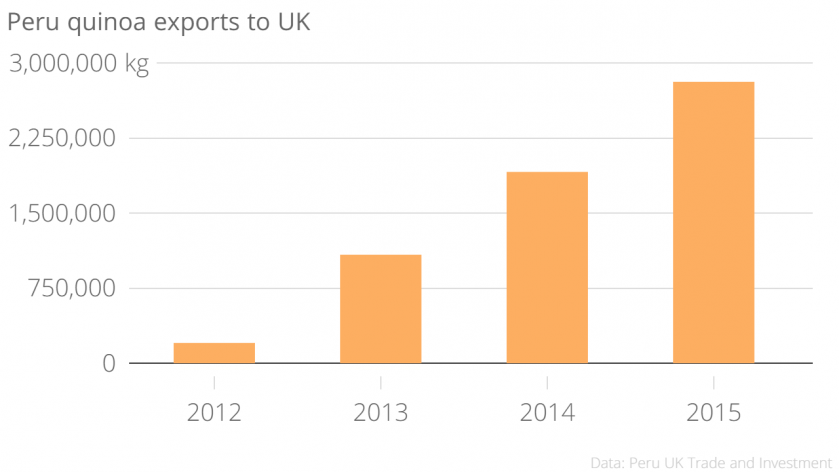 The supermarket buys its white quinoa from Peru, its red and black from Bolivia, and has just launched a line grown in Britain.

But Britain’s new obsession has been criticised for dragging up prices and making the traditional grain too expensive for poor growers in Peru and Bolivia.

The two countries account for more than three quarters of world quinoa trade.

Bruno Paino from Peru’s UK trade and investment office said the negative perception was a matter of misinformation.

“Quinoa’s growth in prices has been good for Andean communities, which have seen their income grow significantly," he said.