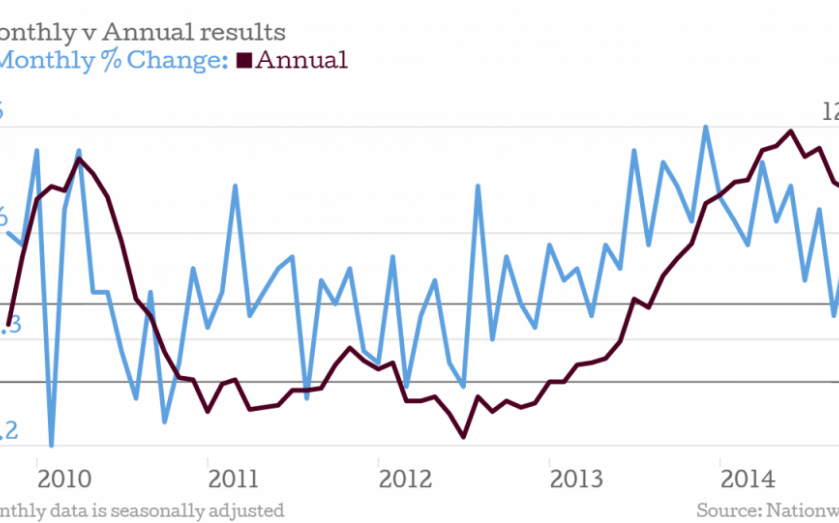 Are house prices rocketing or is their growth slowing? It's getting confusing – according to Nationwide, the unpredictable UK housing market rose in October, with prices up 0.5 per cent month on month, after they fell 0.1 per cent in September.

But the annual figure, a more reliable measure, slowed to nine per cent. As the above chart shows, monthly figures are far more volatile.

October is usually a good month for the housing market, which may explain the 0.5 per cent bump, but the overall trend seems to be down.

The annual pace of house price growth continued to moderate in October, declining to 9 per cent from 9.4 per cent in September, the second consecutive month where annual growth has fallen. This is despite house prices increasing by 0.5 per cent month on month in October. 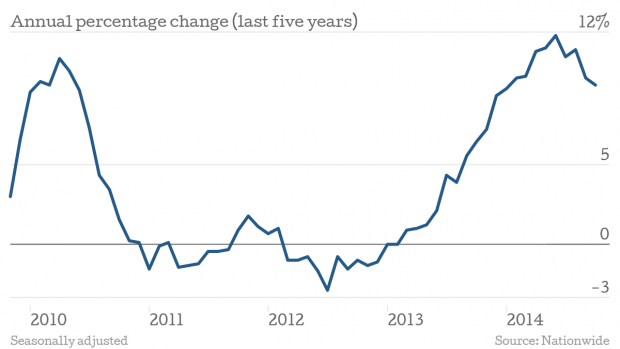 There was further evidence in Nationwide’s report that demand was slowing. Mortgage approvals were down 20 per cent on the beginning of the year, further confirming analyst opinion that upward pressure on prices may be easing.

There was evidence too that the impending interest rate rises are affecting buyer sentiment.

An increasing number of borrowers have been opting for fixed rate mortgage deals in recent times. Data from the Council of Mortgage Lenders suggests that around 90 per cent of new mortgages were contracted on fixed rates in recent months, up from 67 per cent two years ago.

Despite the slightly slowing market, the index (where quarter one 1993 = 100) has never been higher. Thus, the market should be able to deal with the interest rate rises, says Gardner, as long as the labour market remains robust and the rate hikes are gradual, as the Bank of England has implied.