UK house prices: The number of new houses being built has actually fallen 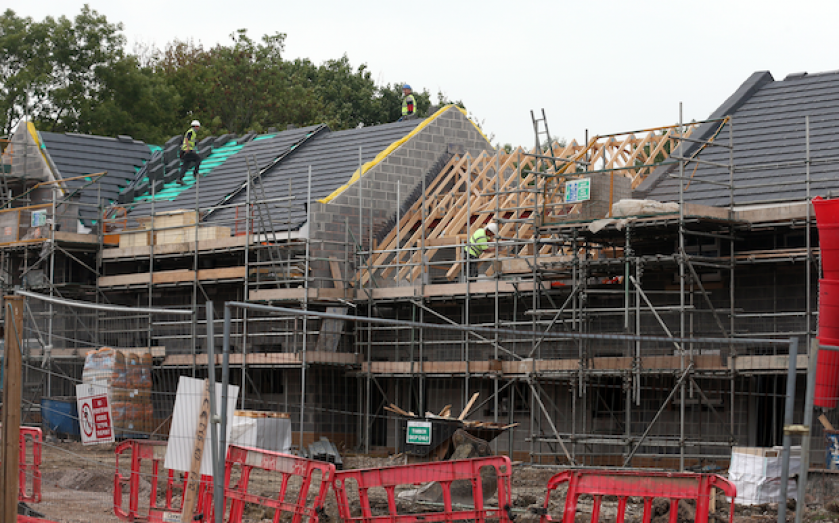 Given we're in the midst of a housing crisis, and the government has made all manner of promises to increase the number of homes being built, this is hardly encouraging: new figures have shown the number of new housing starts actually fell to 33,280 in the second quarter, six per cent lower than the same period a year earlier.

The figures, from the Department for Communities and Local Government, showed that quarter-on-quarter, that drop was 14 per cent, while the number of private enterprise housing starts fell 12 per cent and new starts by housing associations were 23 per cent lower.

There was some good news: the number of new homes completed during the quarter rose 22 per cent on the same period a year earlier, and by four per cent on the previous quarter. But that still suggests all those measures taken by the government – which included, most recently, a fund to help councils build on brownfield sites – isn't enough.

Read more: London is suffering from a "brick famine"

Just how poor the sector's performance was is borne out by a survey by the Linton Group yesterday, which suggested that London alone needs 66,000 new homes a year to keep up with demand. That's twice the number of homes started across the whole of the UK in the second quarter.

In its election campaign, the Conservatives pledged to increase the number of new homes being built to 200,000 a year by 2020.

Read more: Construction firms are being forced to turn down work because of skills shortages

"Much more needs to be done and the devil is in the detail. While the £10m set aside in the recent Government Starter Homes announcement to prepare brownfield sites for build can only be welcomed, had that money been instead put towards funding additional planning officers it would have a much bigger impact.

"And that’s the key – in a climate where funding continues to be tight, every penny must be spent in the most effective way, which is why the housing sector and public must continue to call for a long-term strategy."

"It is concerning to see a slight decrease in starts," added Henry Gregg, assistant director of campaigns at the National Housing Federation.
"While there will always be fluctuations from quarter to quarter, we must ensure that overall housebuilding is increasing so it meets the supply of homes that are desperately needed."
Share:
Tags: UK house prices