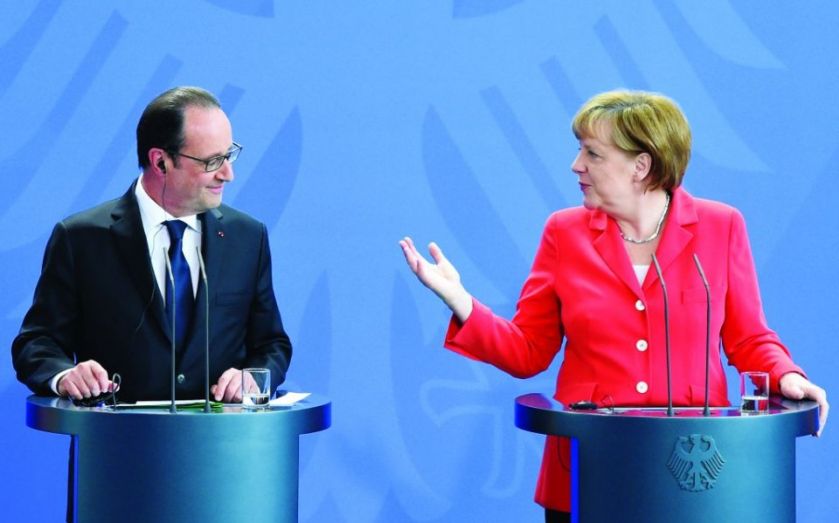 The government has knocked back a move by German authorities to introduce a minimum rate of corporation tax across the European Union, saying that such proposals would not survive a vote involving the EU’s 28 member states.
It is understood that German Chancellor Angela Merkel and French President Francois Hollande want to introduce such proposals at the next European Council meeting in June. A German government source told City A.M. that Berlin intended to push for an EU-wide minimum rate.
“We want to bring a threshold into the discussion,” the source said, adding that the government had yet to identify a specific number for the standardised corporation tax rate.
But the UK Treasury responded by pointing out that any reforms would require the approval of all 28 EU member states. A Treasury spokesperson said: “Direct taxation is a matter for EU countries, and any direct taxation matters require unanimity across all EU countries.”
And Number 10 said that the Prime Minister would not back the reforms. “We have a long-standing view on tax harmonisation, which is not to support it,” the spokesperson said.
Cameron is due to meet with both Hollande and Merkel this week as part of his efforts to renegotiate Britain’s relationship with the EU.
The UK currently has a corporation tax rate of 20 per cent, the lowest among the G7 countries. Germany’s rate ranges between 30 and 33 per cent, depending on the firm, while France has 33 per cent basic rate and 36.6 per cent higher rate of tax.
Raoul Ruparel from the Open Europe think tank told City A.M. that the Franco-German proposals were “mostly a political show” and  unlikely to “go anywhere”.
Robert Oxley of the eurosceptic group Business for Britain added: “This shows the EU’s move towards harmonisation and greater fiscal control. Our low level of corporation tax has inspired a lot of investment.”
Share
Tags: NULL