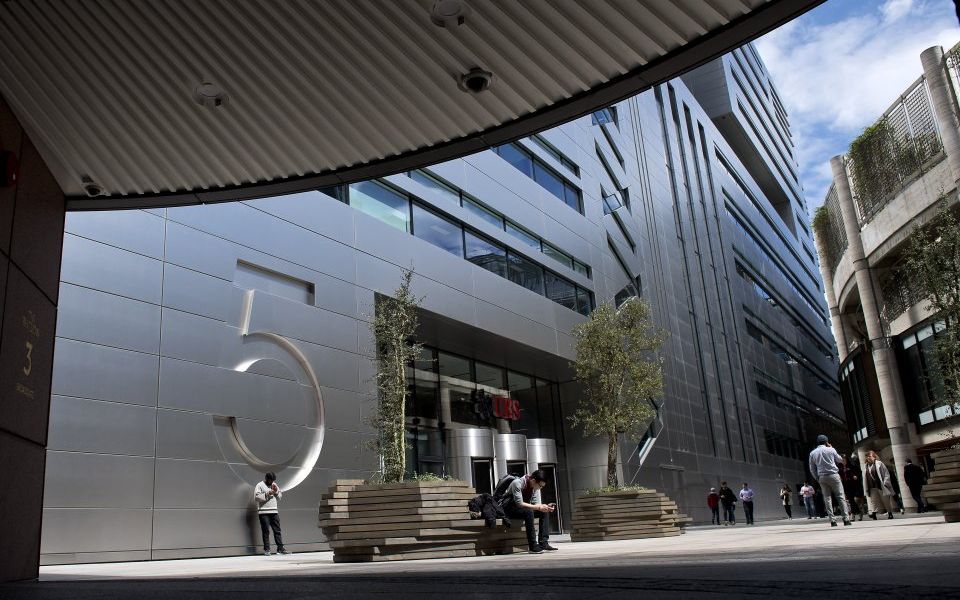 The London headquarters for multinational investment bank UBS has been bought for £1bn by a Hong Kong property tycoon, as Asian demand for "trophy buildings" in the capital grows.

CK Asset Holdings, run by Victor Li after he took over the company from his father Li Ka-shing earlier this year, has purchased the prime office real estate from UK property firm British Land and Singaporean sovereign wealth fund GIC.

It is the most recent deal which signals increasing Asian interest in London's skyscraper market, following acquisitions of both the "Walkie-Talkie" and "Cheesegreater" to Chinese investors in 2017.

Read more: How London's skyline is going to change over the next decade

Nick Braybrook, a commercial property expert and head of city capital markets at Knight Frank, said: "The market for trophies has been increasing for a few years now, and we have reached a point where the market is dominated by private investors, principally from Hong Kong. People are not quite aware of the dominance of south east Asian buyers, who make up about 70 per cent of the market."

He added: "Trophies are a very good medium for investing a large amount of money quickly in an asset that can give a high return compared to anything else. If some of these big shiny buildings costed £10m, then the cap rate would be much lower because every Tom, Dick and Harry in property could afford that".

​The 13-storey "groundscraper", which is on 5 Broadgate in the heart of the financial district, will now be owned by a subsidiary of CK Asset Holdings, and is set to give a yield of 3.95 per cent.

Managing director of CBRE London Adam Hetherington, who advised British Land and GIC on the deal, said: "Upheld by its strong fundamentals, London continues to attract significant international capital particularly from Asia. We forecast sustained investor appetite for trophy buildings underpinning London as one of the most liquid real estate markets globally."

Read more: Focus On Vauxhall: "Off-location" or new playground for the rich?

The new announcement comes after a recent attempt to purchase the site outright from Mubadala Investment Company, an Abu Dhabi soverign wealth fund, fell through.

Zachary Gauge, a European real estate analyst at UBS Asset Management, said: "The continued appetite for foreign buyers after the EU referendum result took everyone by surprise. What I think we learnt was that for investors seeking long term income in a core market they are prepared to accept the risk of short-term volatility which is negated by the length of the lease and covenant strength."

He added: "It is also important to remember that within a European context Brexit is a source of major political uncertainty, to many of the foreign buyers accessing the market this type of democratic event is a storm in a tea cup compared to the uncertainty and volatility of the political climate in their home country."