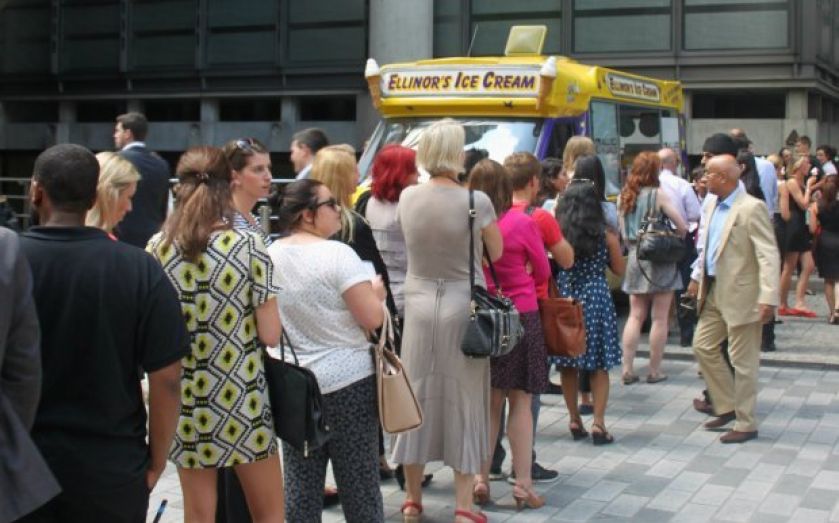 In its latest publicity-driven stunt, innovative taxi app Uber will be delivering ice cream to scorched Londoners today, on what promises to be the capital's hottest day of the year.

In an email to customers with the inside scoop, Uber says that ice cream vans will be available in central London between 11am and 7pm, to deliver five Mr Whippy ice creams and other rewards from the company on demand for £20.

This has already drawn criticism on social media, with people complaining that the offer means they would have to pay £4 per ice cream. The company replied on Twitter saying the offer includes branded Uber goodies.

"No matter where you are in the world, there's little that captures the sweetness of a sunny afternoon better than ice cream," says the email.

"When it comes to London, nothing says 'British Summertime' like a Mr. Whippy in the park!"

Users of the Uber smartphone app can request an ice cream van drive to their location and can pay for the transaction via the app, without having to use cash.

After a stormy start to the day, temperatures in the capital are expected to soar up to 31 degrees Celsius, making it the warmest day of 2014.

This is the second time that the San Francisco based startup, founded in 2009, has organised this event but will be rolling it out to more locations this year, serving up ice cream on demand in 144 cities across 38 countries on Friday.

In Berlin, Uber will be serving up Wonderpots Frozen yoghurt, residents of Moscow will get Movenpick ice creams and sorbet tubs, while vehicles in Mumbai will be equipped with Haagen-Dazs Belgian chocolate and strawberry sundaes.

The taxi service is well-known for its creative marketing campaigns, which have included delivering kittens to people in a selection of US cities and last month's 'Uber Libre' offer where Londoners could order Bacardi cocktails made in front of them for free.

After a number of disappointed customers who failed to receive a free cocktail last time round, Uber has warned accordingly:

"Demand will be very high but there's plenty of #UberIceCream to go around – please keep trying!"