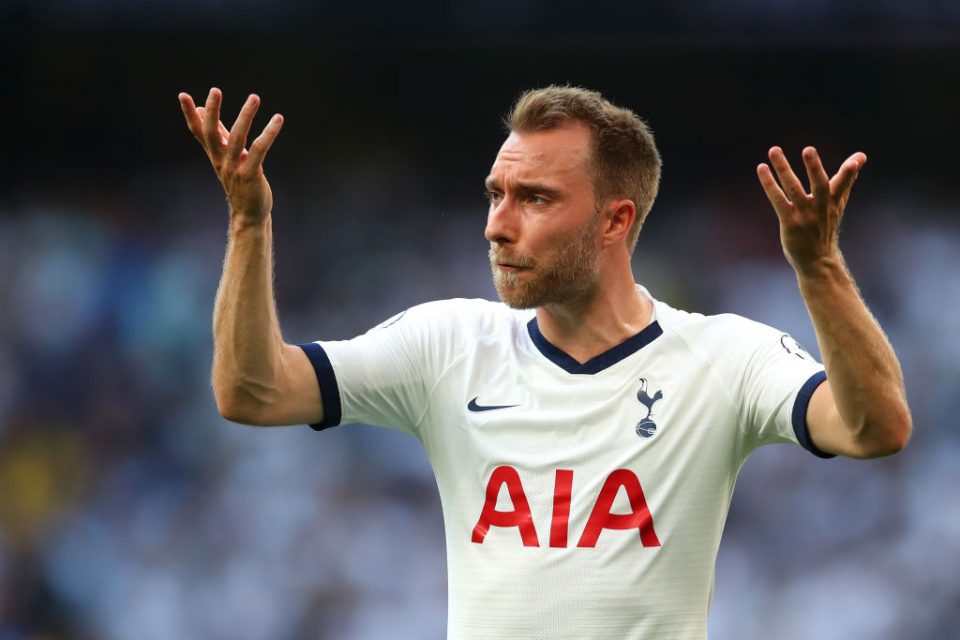 The domestic transfer window may have shut on 8 August, but 19 days later Tottenham are still feeling the negative effects it can bring.

The European window remains open until the end of the month and I think it is causing Spurs a real issue. It’s hovering over some of the players and is causing a distraction – you can see it in the body language on the pitch.

We are now three games into the Premier League season but it’s almost like the race hasn’t started for some. The prospect of a move abroad is lingering and unsettling the players.

It can’t be easy for manager Mauricio Pochettino, who has this issue with his most creative player.

Christian Eriksen was left on the bench for Spurs’ home match against Newcastle on the weekend, but with the away side sitting deep and holding onto their lead he had to bring on the Dane.

Although they looked brighter with Eriksen on the pitch, Spurs couldn’t break Newcastle down and suffered a poor 1-0 defeat, leaving them with just four wins from their last 15 Premier League games.

Harry Kane isn’t going to score many goals if he’s forced to play with his back to goal – he needs width and quick service to thrive and that’s why I feel the full-backs are a problem area for Pochettino.

Tottenham haven’t had many significant departures so far this summer, but Kieran Trippier’s transfer to Atletico Madrid has changed their attacking play.

Kyle Walker-Peters has started the first three league games at right-back, with Danny Rose at left-back.

Rose is a good player, but I feel he’s declined slightly in the last two years: he’s not as athletic or hungry and that is contributing to making Spurs too narrow.

Apart from Eriksen, where is the creativity going to come from? I think they are still missing Mousa Dembele, who left for China in January.

Dele Alli is injured, Erik Lamela is inconsistent and you can’t expect £55m summer arrival Tanguy Ndombele to have an immediate impact.

I don’t blame Pochettino. He admitted after the Newcastle defeat that he’s still waiting to see what happens with Eriksen and that is not an ideal situation to manage.

Pochettino needs him on the pitch at his best. He can’t be allowed to sulk to try and force through a move, because he’s so important and his departure would damage dressing room morale even more.

Players can get their heads turned. Judgement can become clouded by off-field circumstances, rumours and social media.

Spurs have only recently moved into a new stadium and played in a Champions League final. Chairman Daniel Levy is an astute businessman – he knows they need to hold onto their best players if they are going to have any chance of keeping up with Manchester City and Liverpool.

Some seem to have ruled Tottenham out of the title race already, which I think is silly. It’s been three games. It could prove a momentary blip.

They need to stay focused, regroup and hit back with a win before the distraction of the transfer window disappears. Newcastle have showed just how quickly things can turn around.

In this context I think Sunday’s north London derby should be viewed as a great opportunity to bounce back for Spurs.

Arsenal were humbled in a 3-1 defeat by Liverpool on the weekend, so they are seeking something similar; both underachieved and now they can try to put it right at the Emirates.

Whichever way the game goes, it’s sure to be a fascinating contest.