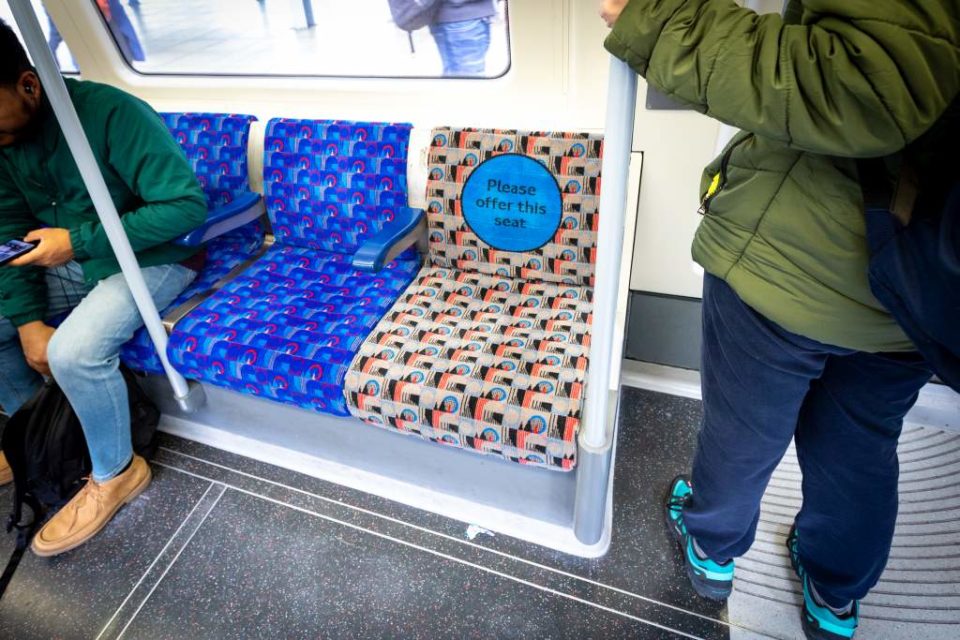 Tube seats are getting a redesign to help London's commuters know whether to give up their perch to somebody standing.

Transport for London (TfL) is re-upholstering priority seats to make it clear to awkward passengers that they should get up and let somebody else sit down.

Jubilee Line trains will see priority seats redecorated in a new fabric with one of six different messages, including “not all disabilities are visible” and “someone may need this seat more”, over the coming months.

The makeover comes on the heels of a TfL survey of 1,000 commuters that found that one in four feel awkward about offering their seat to someone, with nearly a third of passengers saying they should only offer their seat if it is a priority seat.

Mark Evers, TfL's chief customer officer, said he “would encourage customers to have a quick look up when other people get on board, otherwise you might not see that someone is struggling in front of you”.

“While priority seats are highlighted as they are within close proximity to the doors and have assistance poles, we would encourage customers to give up any seat if someone needs it more,” Evers added.

The redesign kicks off Priority Seating Week, which is meant to draw attention to issues of access and ability on public transport, and the new seats will be accompanied by posters and videos encouraging commuters to look up and offer their seat.

Nicky Lidbetter, chief executive of Anxiety UK, said: “We very much welcome this second Priority Seating Week and the ongoing work by TfL to ensure all hidden conditions receive parity of esteem with physical health conditions for customers using public transport in London.”

TfL will also highlight other accessibility initiatives, including the 44,000 free 'Please Offer Me a Seat' badges that TfL has issued in the past two years.

“It's vital that we make our transport network accessible to all Londoners and visitors,” deputy mayor of TfL Heidi Alexander said.

“I hope that they will build on the success of our 'Please Offer Me a Seat' badges to encourage even more people to offer their seat to those who need them.”