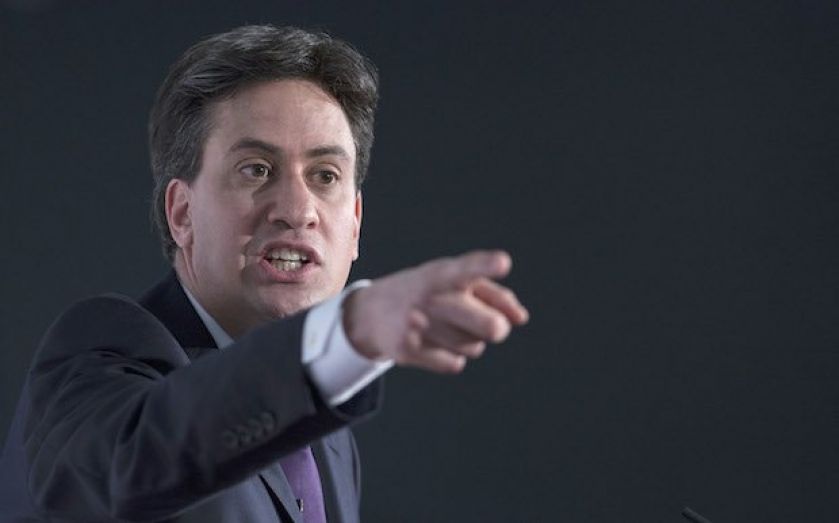 AHEAD of the last Budget before the 2015 election, Britain’s political battle lines are being carved out. Voters will be tempted by alternative menus combining less debt, higher spending and lower taxes. Since no party can credibly offer more than two of the three, the Conservatives’ best chance of winning is to demonstrate that trimming them all is the most tangible way to improve people’s lives.

Ed Miliband’s offer is £25bn of extra debt to fund more spending, coupled with higher taxes. Adding to the costs of servicing the national debt would come at a precarious time, with interest rates likely to rise anyway after 2015 – a potentially toxic trap for small businesses and homeowners. Miliband touts popular taxes on bankers and the rich, yet YouGov polling found that 54 per cent of people fear Labour would hike taxes on middle income families.

Labour’s low economic credibility is compounded by shallow populism. How can you take its “jobs guarantee” for the unemployed seriously, when not one business backs it? The superficial appeal of fixing energy prices and breaking up big banks betrays a recklessness that threatens the most vulnerable. Energy bills would spike before and after controls kick in, while banking behemoths flog less-used branches serving more sparse communities. Miliband’s pitch resembles the sort of pay day loan firms Labour yearns to ban – those that provide a quick fix, albeit at a high cost.

Nor has austerity delivered the mourning for big government Labour hoped for. According to YouGov, 45 per cent think cutting taxes should be the top priority at this Budget; 22 per cent want the deficit cut further. Just 21 per cent think spending on public services should be increased. Public spending has been modestly shaved to 46 per cent of GDP – still well above the OECD average. The public don’t relish cuts. But they’ve acclimatised to the discipline, confident they are better placed than government to spend their own money.

There’s ample scope for further savings. Few outside Whitehall would grieve if its sprawling bureaucracy was culled, while public sector pay, pensions, fraud and procurement remain fertile ground for savings that won’t hurt frontline services. Our modern welfare system should re-focus on being a safety net for the poorest – heralding an end to universal benefits, and shifting towards contributions-based benefits and healthcare. It’s tempting to duck hard choices. Conservatives should make a virtue of them, threading a principled narrative around the state’s role in protecting the vulnerable, which can only be achieved sustainably if we phase out middle class welfare, stop molly-coddling the idle, and take a scythe to bureaucratic waste.

We also need to shine a light at the end of the tunnel. Savings should be used to reduce the deficit faster – and cut taxes. The tax burden has risen by £56bn since 2010. Council tax has been frozen and 2.4m low paid workers taken out of income tax. But there have been hikes in VAT and national insurance. Fiscal drag is sucking 1.3m middle class earners into the 40p rate of tax. And stamp duty on the average home has tripled to £7,500. The Adam Smith Institute calculates that Britons didn’t stop paying taxes and start earning for themselves until 30 May 2013 – almost a week later than in 2009.

Still, while it’s tougher for Labour to sell more spending, scope for tax cuts remains constrained. The antidote to Labour’s Wonga economics is a realistic Conservative offer of affordable tax cuts. It would be a political equivalent of MoneySupermarket, the comparison website that saves consumers hundreds of pounds on insurance, phone bills and flights and – according to its adverts – leaves customers feeling “epic”. But which taxes should be cut?

The first priority is steeling the recovery. Raising the employers’ national insurance threshold would encourage firms to hire and pay higher wages, while further relief from business rates would stave off what Dragon’s Den’s Theo Paphitis dubbed the “ticking time bomb” facing the high street.

Second, the chancellor should build on measures to help the lowest earners. Further extending the income tax personal allowance won’t achieve that, while hiking the minimum wage to £7 per hour would threaten 14,000 jobs. Instead, raising the employees’ national insurance threshold would support the lowest paid – and bolster welfare reform by incentivising work.

Third, we need to ease the squeeze on middle incomes. Over the long term, income tax should be cut and simplified into two rates at 15 per cent and 35 per cent. The chancellor should start by taking a penny off the basic and higher rates, and raising – or at least indexing to inflation – the higher rate threshold. In addition, scrapping stamp duty on homes up to £500,000 would remove distortions in the housing market, and help those scrimping for a deposit.

The Tories can build on coalition achievements and counter Labour gimmickry by showing the financial discipline and values to reward enterprise and hard graft. It may not exactly leave voters feeling epic.

But it’s the surest way to show a politically-sceptical electorate how a majority Conservative government would add value to their lives.

Dominic Raab is Conservative MP for Esher and Walton.