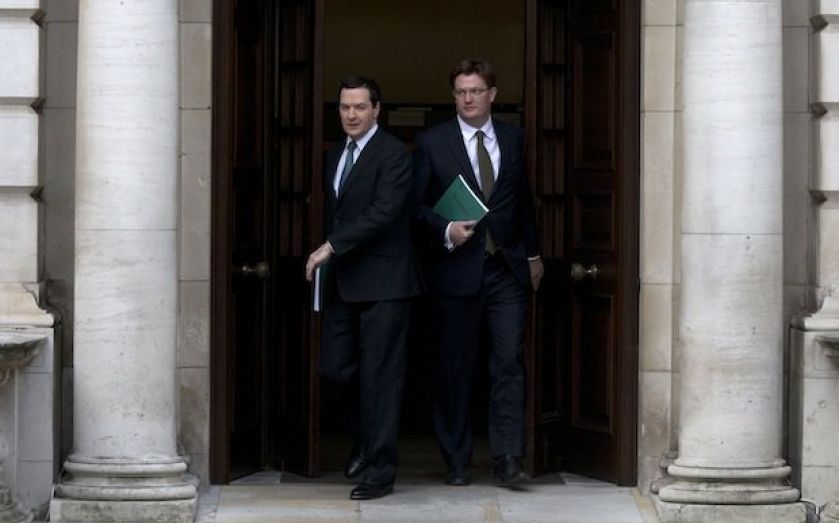 FOR THE first time since before the financial crisis, the chancellor of the Exchequer was able to stand up and announce some good news at the Autumn Statement yesterday: the deficit, the labour market, and growth are all better than expected.

Alistair Darling started by predicting a “trampoline” recovery when the recession first hit, with output set to quickly bounce back to the high growth trend the Treasury thought it was overseeing before the crash. The Office for Budget Responsibility (OBR) inherited its staff and approach to macroeconomics from the Treasury, so it also inherited some of the same weaknesses – particularly a tendency to think too much in terms of a near-immutable trend growth rate. It took time to acknowledge the scale of the knock the UK had taken.

Now the big question is: how healthy a recovery do we have on our hands?

But on the other hand, the economy and the public finances appear to be very dependent on a lot of consumer debt and an overheated property market in London and the South East.

The OBR is forecasting that revenue from stamp duty will rise from £8.9bn this year to £16.8bn in 2018-19, for example. TaxPayers’ Alliance research showed why that will happen. If prices rise as the experts at Savills predict they will, we can expect four in every five homes to be subject to stamp duty and two in every five to be subject to the punitive rates of 3 per cent and above by 2017-18.

That might sound like good news for the Treasury. It will have more revenue to play with. But the backlash is going to grow as moving becomes more and more expensive. There are a lot of young people who are finding that stamp duty is compounding the problems created by a failure to allow enough homes to be built. Their parents are unhappy at having to stump up the money to help them and will face a stamp duty bill of their own when they come to downsize.

And if anything happens to that property market, the chancellor is in serious trouble. The fundamentals are strong but it is easy to imagine circumstances in which demand would weaken. Perhaps because of changes in the external environment, like fewer French people fleeing to South Kensington if Francois Hollande gives up on his socialist experiment. Perhaps because of an increase in interest rates from the rock-bottom they have sat at for years now. Or even because of measures announced in the Autumn Statement itself. We do not know how potential buyers abroad will react to being told that they will now have to pay capital gains tax on any gains in the value of their property here.

George Osborne needs a broad, robust recovery and it is supply-side reforms, not junkets to China, which can make that possible. Either there are big plans for the Budget next year, or Osborne believes that he has already done what he needs to.

In this Autumn Statement, the policies announced were mostly good news but pretty underwhelming. Business rates are going to rise a bit less than expected. Employers’ National Insurance contributions will be cut for workers under 21 years old.

And the government claims that changes to energy policy will save families £50 a year on their energy bill, but a significant part of that is a change in how the measures are financed. The bill is the same, but you pay for it through your taxes rather than your energy bill. The government has done nothing about the major energy policies driving up bills and has increased the subsidies on offer for already exorbitantly expensive offshore wind turbines.

The best news is that the government is now conducting dynamic analysis for at least some of its policy announcements. A new report produced by HMRC using a Computable General Equilibrium Model suggests that the corporation tax cuts the government has made will increase GDP by £12.2bn and wages by £405 to £515 for every household in Britain. A full 60 per cent of the revenue cost of the tax cuts will be recouped thanks to that new economic activity.

The model still needs work and still understates the gains from cutting corporation tax. But if the same approach were applied to a much greater range of policies and in a much more systematic way, it could be incredibly important. If the Treasury took the improvement in economic performance that comes with supply-side reforms seriously, it would set the stage for the serious tax reform that Britain so desperately needs.

Matthew Sinclair is chief executive of the TaxPayers’ Alliance.