Time to harness the momentum on diversity, not slip back into old ways 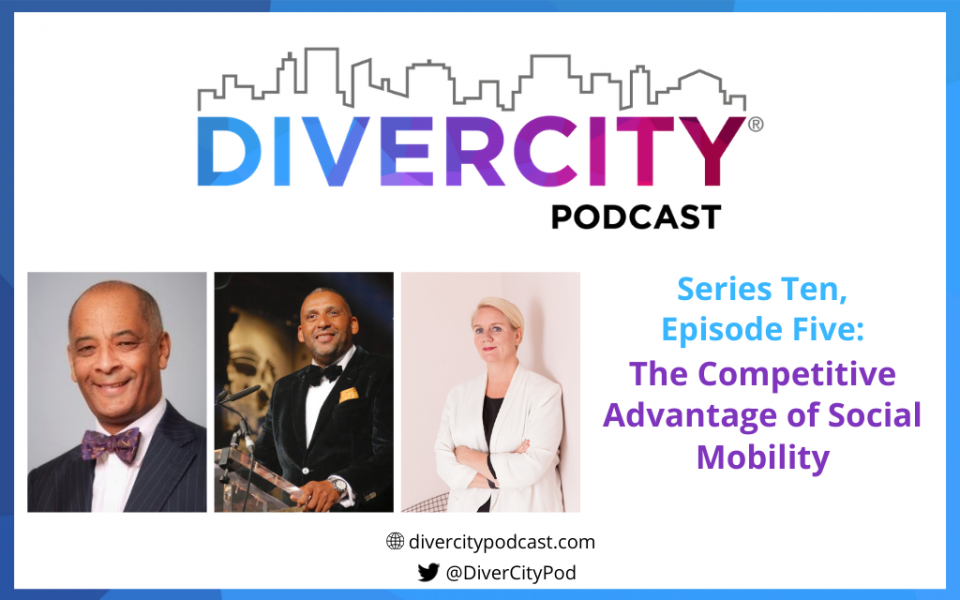 It is not enough to simply have an idea, a team or a business. Leaders need to also understand the social responsibilities that are increasingly accepted as a necessity and, as the pandemic has shown, an advantage.

Purpose-led entrepreneurship, or the idea that businesses should be driven by responsibilities beyond purely financial returns, has been galvanised over recent years, by tragedy, injustice and a call to action. Now, attentions are shifting to ensure all facets of the financial world are becoming a part of the change.

In a podcast discussion on social responsibility and empowering diversity, I was joined by Sir Kenneth Olisa, businessman, philanthropist and Freeman of the City of London, and Paul Sesay, CEO at Precedent Group, founder and CEO of Inclusive Companies Limited, Black Leaders, the National Diversity Awards and the Inclusive Top 50 UK Employers List.

It was the murder of George Floyd that sparked the financial world into action, Paul said, with the amplification of discussions on race and diversity. But he notes, maintaining the discourse is critical to bringing about change.

“I didn’t really want that to go away,” said Paul, recalling the growing attention the financial world is paying to the issues around diversity.

“So, I phoned one of my associates and said, ‘Well, what can we do about this?’ We then came up with the concept of Black Leaders.”

Gaining momentum is vital for any cause, none more so than when tackling systemic injustices – and Paul was quick to garner interest in his cause.

“We called out to volunteers within the first two weeks, and we had a tremendous response. We went from zero to 120 volunteers, in a couple of weeks,” he said.

“We came up with various initiatives we wanted to concentrate on, obviously black inclusion within the workplace, communities and education.”

The City’s support of diversity through action is rapidly becoming a hotbed of empowered ideals that directly affront many of the issues that the financial world has been guilty of perpetuating.

Normalising social responsibility and purpose-driven entrepreneurship is about levelling up from the grassroots right up to the board level, and it can also bring a competitive advantage.

Yet pitfalls exist, namely in the potential for AI to discriminate in the hiring process, rekindling biases that many are working hard to overcome.

“In order to boost representation,” the podcast’s resident research whizz Cynthia Akinsanya says, “businesses must actively discuss race in the workplace, get leaders vocally on board, revisit the hiring process, invest in ethnic minority colleagues’ career progression, and establish a culture of mentoring”.

But as the industry begins its transition into a post-pandemic world, there is a real risk that marginalised groups are left behind. For some firms, retrenchment will be inevitable, and may disproportionately affect women and under-represented groups.

For many, a return to work will be a symbolic sign of normality, but it would be unjust to assume that this will be true for everyone. It is a sensitive time for many across the financial industry and ensuring that the efforts to promote a diverse workforce do not come undone must be paramount.

As we move on from International Women’s Day it is worth pausing to recognise the role that diverse female talent plays in the world of financial services. Note also that for many, the lessons learnt throughout the pandemic will improve their working lives, while for others, the fallout of the pandemic may bring about additional difficulties and hardship.

Sir Kenneth reminds listeners that seeing corporate diversity as a matter of social justice is to appreciate only half of a critically important subject. “Diversity is a two-sided coin. One side is, indeed, social justice. But the other side is competitive advantage – the topic of paramount importance to all commercial enterprises.”