Thunderstorms set to hit Brits over the weekend 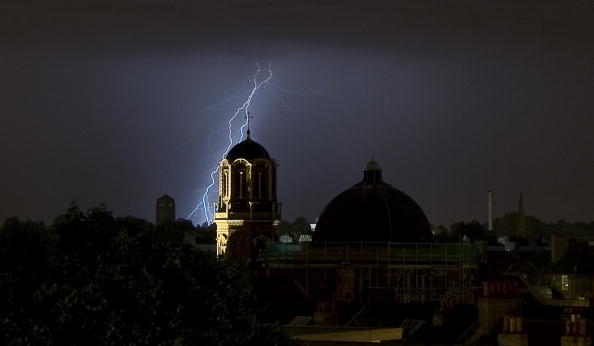 London looks set to escape the worst of the bad weather this weekend as thunderstorms will batter parts of the country, Met Office experts have said.

Stronger winds and spells of heavy rain are expected to hit many in the UK on Friday, the Met Office said.

Read more: Hottest day of the year forecast for UK

This will be followed by sunshine over the weekend, and potentially heavy showers with thunder.

However, London looks set to escape most of the worst effects, with rain on Friday, but temperatures hitting 23 and 25 degrees on Saturday and Sunday. There is a 40 per cent chance of rain on Saturday afternoon, the experts said, with a chance of thunder in parts of the South East.

The milder weekend will be followed by a glorious few days, with temperatures reaching 27 and 30 degrees on Monday and Tuesday in the capital.

Temperatures in London are knocking on 27C at the moment so some lovely warm weather to be had today,” Met Office meteorologist Sarah Kent told the Evening Standard.

“But over the next few days we do see a general change to slightly more unsettled weather.”

Winds reached over 60 miles per hour as the freak storm, which only lasted minutes, hit some northern parts of the country.