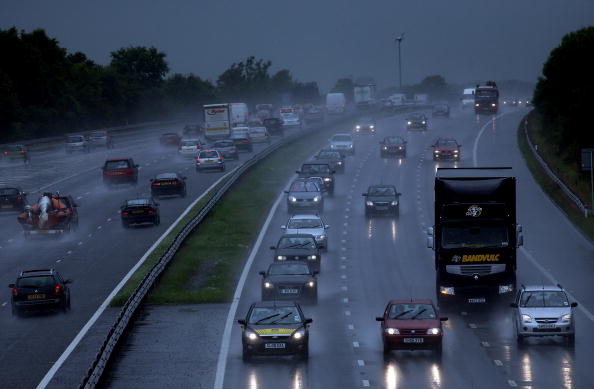 The UK looks on course for its wettest August on record following a washout start to the month that is set to continue.

New flood warnings have been issued across the west of Britain for Friday with a month’s worth of rain expected to fall within a 24-hour period.

The Met Office have issued a yellow warning for the west of England and the whole of Wales until 10pm on Friday night, with up to 80mm of rainfall expected, which could lead to further travel disruption for commuters.

Forecasters warned their was a low risk of flooding to homes and businesses as well.

Derbyshire town Whaley Bridge, where residents were evacuated just two weeks ago following a dam emergency, is also included in the flood-warning area.

Around 1,100 people were told they could return to the town last Wednesday, a week after the Toddbrook reservoir dam wall partially collapsed.

There are also blustery winds expected on Friday, with the Met Office warning caution in exposed areas.

“Heavy rain may also coincide with peak travel times during the afternoon and early evening, leading to difficult driving conditions on major routes,” a spokesperson for the Met Office said.

“The heaviest rain is most likely over high ground, where some places may see 60-80mm. Strong winds are also expected, with 30-40mph gusts likely around exposed coasts and hills.”