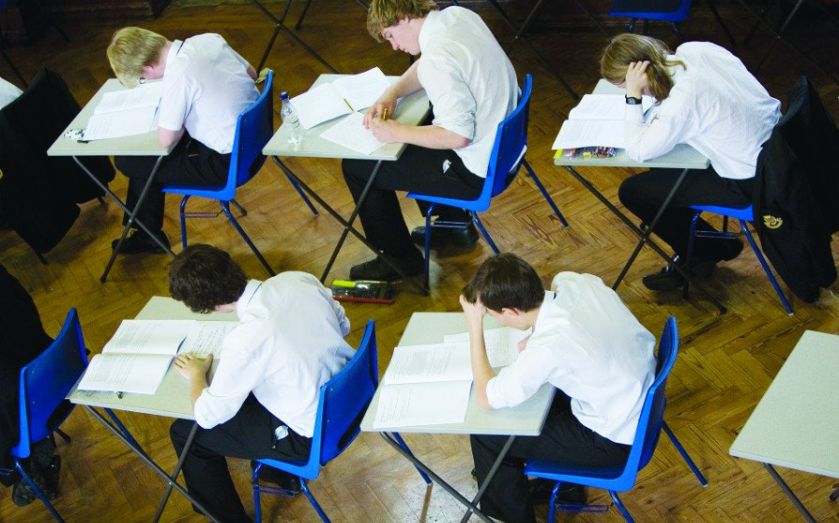 Bosses can tell if you’re tolerant just from your handwriting
As GCSE results are released today, employers are once again questioning the usefulness of the national curriculum in preparing young people for their careers. A 2014 survey by Kaplan and supported by the CBI, for example, revealed that technical knowledge was ranked twenty-fourth out of 30 competencies by UK graduate recruiters, way below “softer” skills, like confidence and analytical ability. Considered superficial for so long, soft skills are coming to the fore. So wherever you are on the corporate ladder, where might your weaknesses be?

Elementary though this may seem, the inability to show empathy and connect with colleagues is proving a major bug-bear for bosses in the services industry, where clear communication and teamwork are vital. Recent graduates are less able to exhibit empathy than previous generations, as researchers from the University of Michigan discovered in 2009. They recorded a 48 per cent fall in empathetic concern among students compared with a cohort from 1979.
Knowing how to identify with others is not an issue confined to junior ranks. Studies have shown that emotional intelligence, or EQ, may decline as employees are promoted into the most senior positions in a company. Analysis of more than 1m emotional intelligence profiles by TalentSmart, a California-based EQ assessment expert, found that middle managers have the highest emotional intelligence in the workplace, while chief executives have the least.

A key indicator of confidence – a “soft skills” big hitter – eye contact is something we seldom think about. But according to Conversation Aid, increased eye contact indicates credibility and dominance. Those who avert their gaze too soon, or avoid eye contact altogether, are seen as “untrustworthy, unknowledgeable and nervous,” Decker Communications’ Ben Decker told the Wall Street Journal.
It seems like a simple task, but it may be harder than ever to maintain eye contact. Endurance coach Christopher Bergland told Psychology Today that a symptom of our “sendentary Facebook society” is that the cerebellum (the part of our brain which co-ordinates muscular activity) is prone to atrophy as we focus increasingly on screens and less on  three dimensional space.

After primary school, few of us give this a second thought. But to a potential employer, your style of penmanship can speak volumes about your personality. Handwriting analysis company Graphology, whose clients include the FBI, Scotland Yard and Interpol,  can screen job applicants for more than 300 personality traits by analysing a sample of handwriting.
Chief executive Tom DiMare, whose firm has used Graphology’s service to assess management applications for over 25 years, told the BBC that its results have indicated how well candidates may handle criticism, with wide-looped lowercase “d”s pointing to sensitivity. Full-looped lowercase “e”s, on the other hand, may suggest openness to people from different backgrounds.
Streamline your social feeds
Nuzzel
Free
Nuzell is a one-stop shop for your social media and news updates, collating them from your Facebook, Twitter and news apps, to give you a single stream. It groups together any social posts commenting on the same article and will send you a notification when several contacts share the same link. The “From” function allows you to scroll through your feed from the last eight hours, for example, to make sure you’ve caught up on everything which happened while you were asleep.
Share
Tags: Office Politics Archive