38 Poland St, London W1F 7LY
Fish are basically the potatoes of the ocean. And potatoes are just a kind of fish that lives in the dirt. When these two edible stewards of the underworld come together we call it fish and chips, and nowhere is the pairing better exemplified than at Golden Union. The seafood is as fresh as seafood gets, hoiked out of British waters and delivered daily to the fryers, their potatoes are sourced weekly from the verdant Fenlands of beautiful East Anglia, and it proudly claims to change its oil eight times a week. Yum. 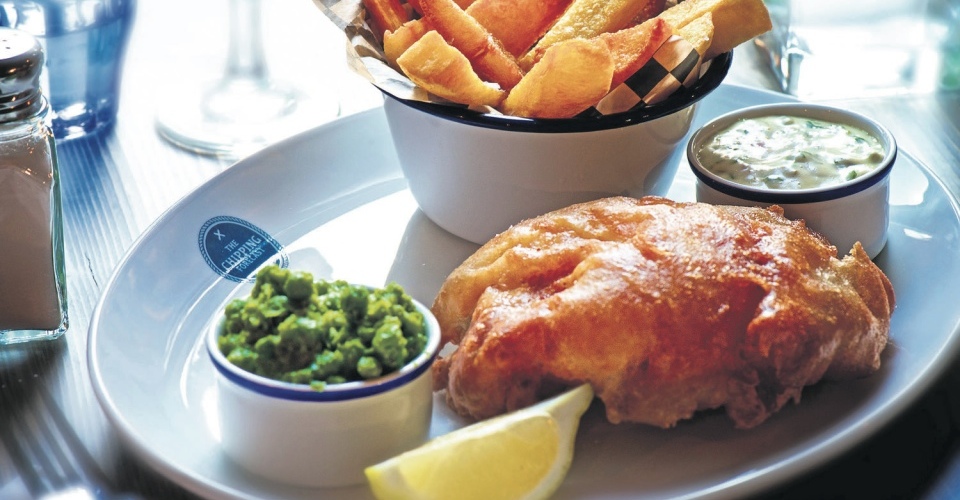 29 All Saints Road, W11 1HE
This spectacularly named chippy guarantees “hook to Hill in under 48 hours”, so you can be sure that the delicious cod you find encased in crunchy-crisp batter had been happily swimming in the ocean no less than two days previously. Double-cooked chips don’t cut the mustard here either, as The Chipping Forecast cooks its potatoes for a third time in beef dripping to create one of the most transcendental chips you’ll ever have the good fortune to taste. Punk IPA and wine on tap invite you to stick around this upmarket Notting Hill diner to sample the rest of the menu, which includes fish pies and fish cakes. 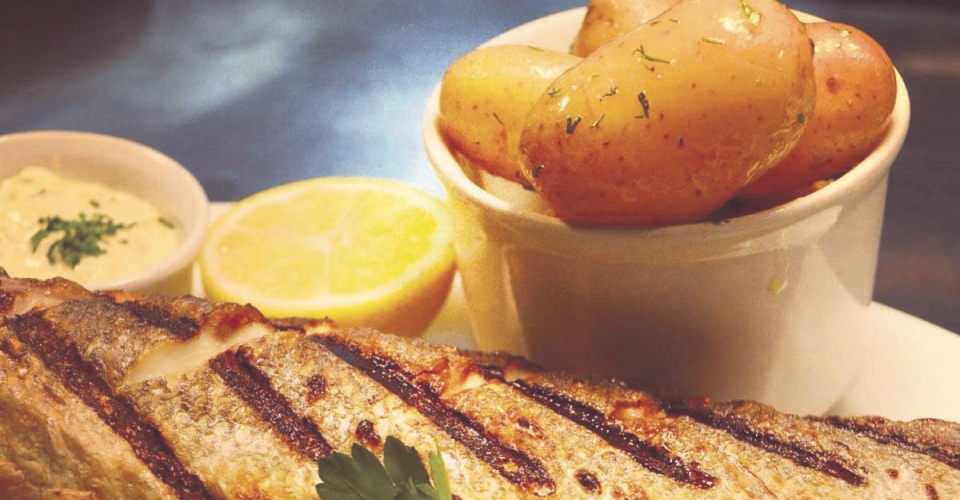 3. The Seashell of Lisson Grove

49-51 Lisson Grove, NW1 6UH
The original Sea Shell restaurant opened on Lisson Grove in 1964 – built on the site of a fish bar founded after the First World War – before expanding into a busy 90 seat dining room in the early 1970s. The spot famously burned down in 2009 (only the original black and white checkered floor tiles survived), but has since reopened, and is now a much-loved local chippy serving the best caught-daily fish in Marylebone. 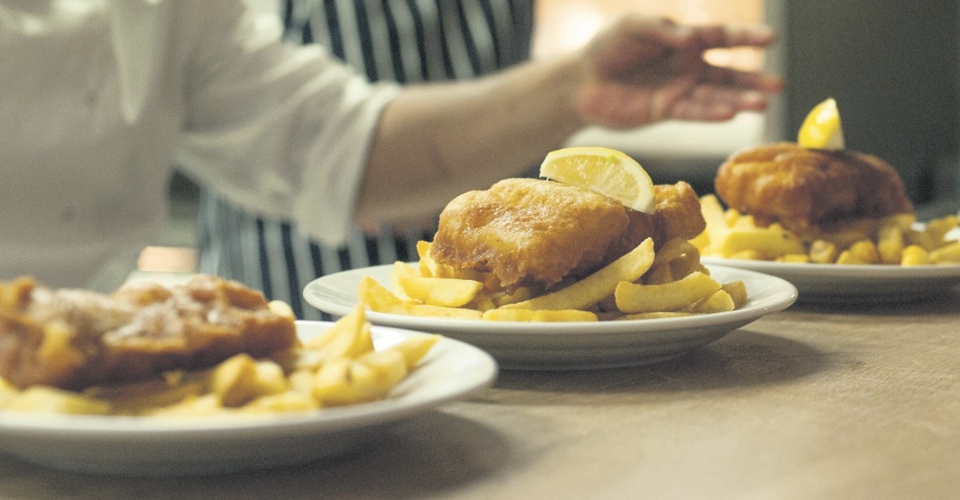 164 Shepherds Bush Rd, W6 7PB
A bold modernisation of the traditional chippy, Kerbisher & Malt drags your pre-conceptions of greasy flaps of mackerel and vinegar-soaked potato-chads kicking and screaming into the 21st century. Fish finger sandwiches, mushy peas and calamari speak to a menu that’s entirely classic in its inspiration, but the chain’s modern, brushed-concrete decor is a bright and airy reappraisal of the traditional dark wood, formica and checkered-tiled chippies of old. Above and beyond what one would expect of either fish or chip, Kerbisher & Malt is some of the finest seagrub you’ll find this far inland. 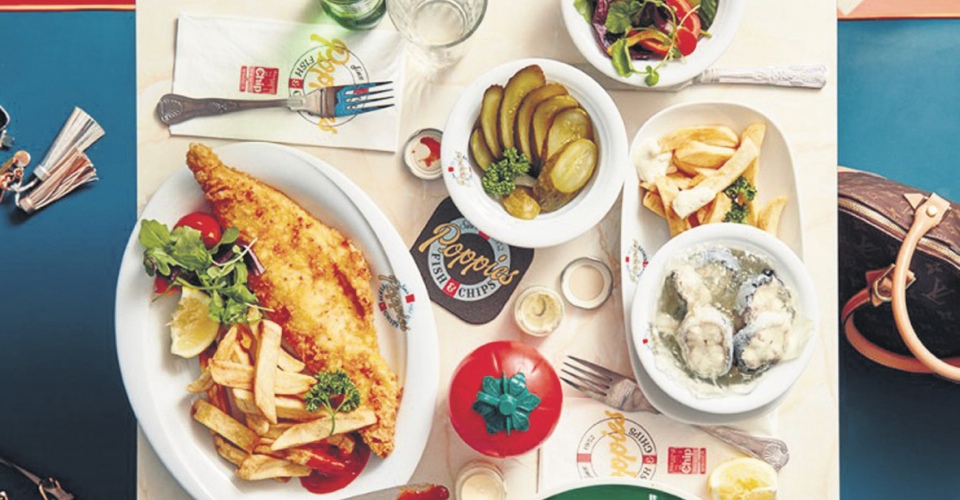 6-8 Hanbury St, E1 6QR
All of the seafood served at Poppie’s is caught on day boats and delivered to the shop by a local Billingsgate merchant, before it’s filleted fresh in store by in-house ‘monger Salih Sadik. Even the chips are made fresh, with an industrious team of peelers and slicers working all morning to create finely crafted taters that are then double-fried for extra crispiness. Proprietor and East End legend Pat “Pop” Newland began his cod-bothering career on Roman Road in 1952, where he cut up old editions of The Daily Mirror to wrap fish and chips in, back when nobody really minded eating their dinner off a grotty old scrap of newspaper. His Spitalfield’s chippy still sells jellied eels and is beloved among locals. 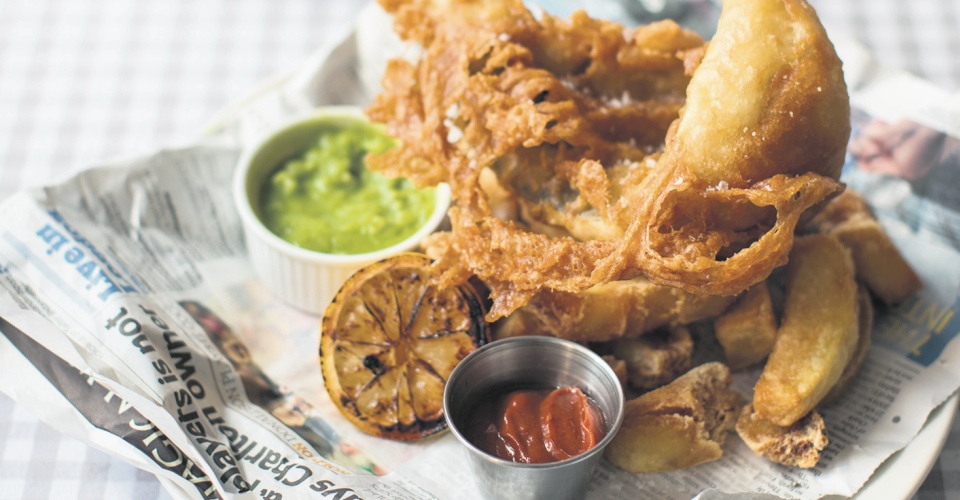 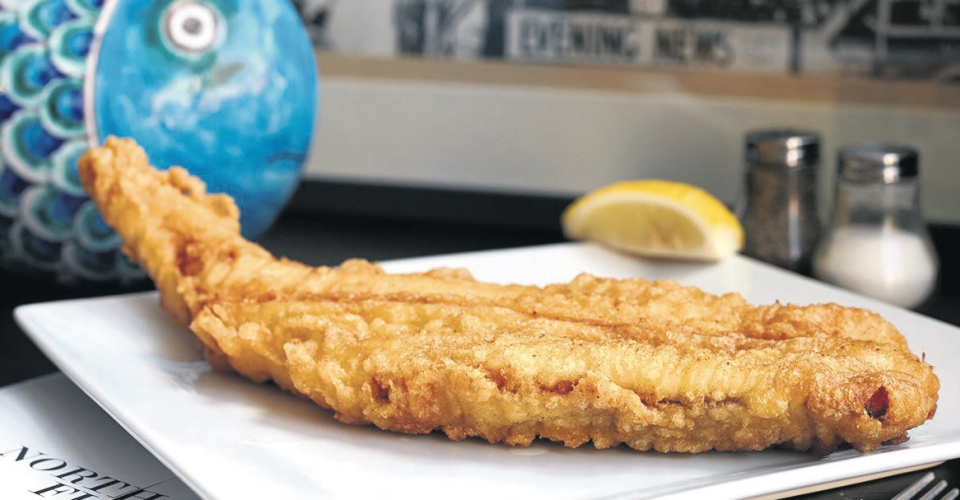 7-8 Leigh St, WC1H 9EW
While pubs are notoriously lacklustre purveyors of fish and chips, North Sea Fish Restaurant bucks the trend by virtue of being a renowned chippy before it was ever a boozer. The traditional bar serves pints of ale to go with its battered cod, and meals come with that most tantalising of prospects: unlimited chips.