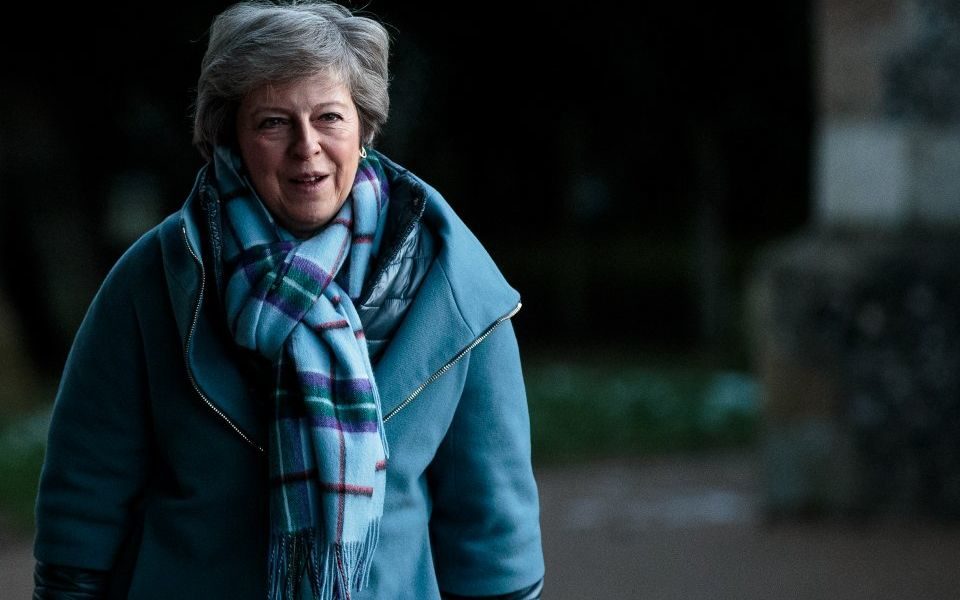 Theresa May will head to Northern Ireland on Tuesday in a bid to win support for her Brexit renegotiation strategy as the row over the Irish border backstop intensifies.

The Prime Minister has vowed to seek “alternative arrangements” to stop a hard border on the island of Ireland if a UK/EU trade deal isn’t ready when the post-Brexit transition period ends.

Read more: DEBATE: Is Brexit likely to be the biggest factor behind Nissan decision?

After a speech this afternoon in which she is expected to accept it is a “concerning time” for those living in the region, May will meet the region’s political leaders on Wednesday morning for further talks.

In her speech in Belfast, May is expected to say: “I know this is a concerning time for many people here in Northern Ireland.

Opposition to her original backstop plan has reached new heights with former Northern Ireland first minister Lord Trimble threatening to take the government to court if the proposal passes into law.

The former Ulster Unionist Party leader – who won the Nobel Peace Prize for his part in ending the Troubles – will on Tuesday set out his reasons for believing the plan contravenes the Good Friday Agreement.

However, May’s current focus is on securing changes to the backstop plan that will win the support of a majority of MPs.

Brussels has repeatedly ruled out reopening the withdrawal agreement to make changes to the backstop protocol, which was signed off by the EU in December.

During a visit to Japan, German Chancellor Angela Merkel seemed to suggest changes could be made, telling reporters: “To solve this riddle you have to be creative, you have to listen to each other.

“We can have these conversations so we can use the remaining time to perhaps remove the obstacles that have so far stood in the way and find an agreement if everybody is willing.

Her comments came as a top EU official ruled out giving additional legal assurances over the temporary nature of the Ireland backstop following a meeting with a cross-party group of UK MPs.

Martin Selmayr, Secretary-General of the European Commission, moved quickly to dash any hopes of progress in the negotiations after it was reported the EU would consider making the pledges.

After meeting members of parliament’s Brexit select committee in Brussels, Selmayr tweeted: “On the EU side, nobody is considering [legally binding assurances on the withdrawal agreement].

“Asked whether any assurance would help to get the withdrawal agreement through the Commons, the answers of MPs were…inconclusive.

“The meeting confirmed that the EU did will to start its no deal preparations in December 2017.”