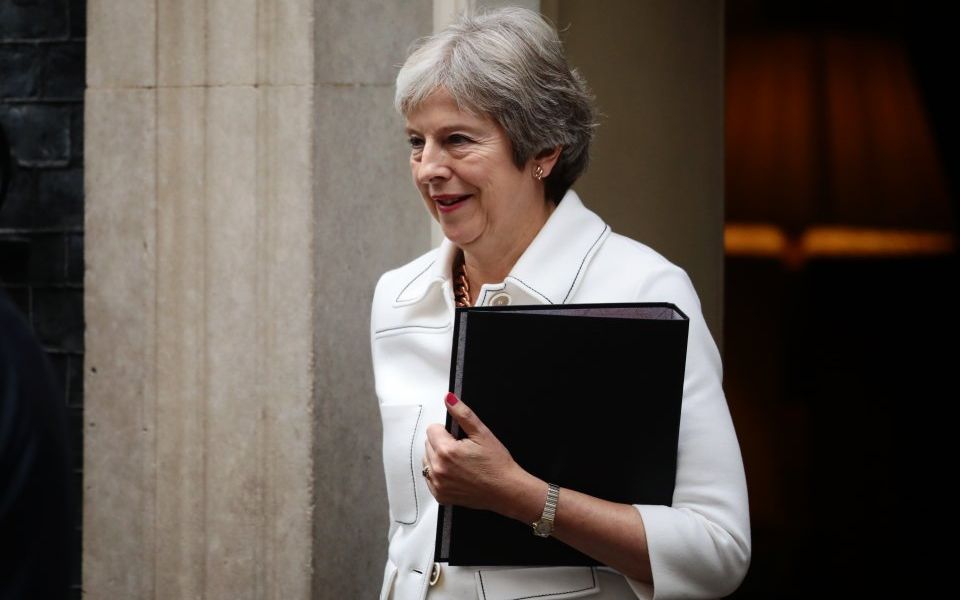 Theresa May today repeatedly refused to guarantee when the UK would stop being part of the EU’s customs union if a trade deal wasn’t completed by December 2020.

Speaking to MPs 24 hours after Brexit talks seemed to breakdown in Brussels, the Prime Minister was asked to set a date for when her so-called ‘backstop’ would come to an end.

May’s plan – which would come into effect if the UK and EU’s future trading relationship wasn’t finalised by the end of 2020 – would see the UK stay part of the customs union, restricting its ability to implement third-party trade deals.

In June, the government said it “expects” any trade deal to be in place by December 2021 “at the latest”, but did not make that a red line the negotiation.

The EU do not want the backstop to be time-limited, as they believe it is needed to keep an invisible border on the island of Ireland.

In the Commons on Monday afternoon, May was asked by former foreign secretary Boris Johnson to confirm if December 2021 was the “deadline” for the backstop coming to an end.

May replied: “As I said when we published the temporary customs arrangement proposal back in June we set that point of the expectation that that would be completed by December 2021.

“I continue to believe that we should all be doing is working to ensure that the backstop never comes into place and actually it’s not December 2021 that we’re talking about but the first of January 2021.”

Labour MP Hilary Benn pressed May further on the issue, daring her to admit that there would be no end date written into the Brexit agreement with Brussels – something which would infuriate many on her backbenchers.

He said: “Since the expectation of an end date is not the same as a definite end date when is she going to tell her party that we cannot have a fixed artificial time limit on that fall back which the government is trying to negotiate with the EU?”

May claimed the backstop plan was merely an “insurance policy” in case a future trade agreement was not ready to be implemented, but again refused to set a firm expiration date, saying: “We expect that to be no later than December 2021 but we will be working to ensure that that point comes as early as possible.”

The row over the backstop has threatened to derail the Brexit talks between Brussels and the UK.

The EU27 want to see Northern Ireland kept in the EU’s Single Market and customs union in any backstop arrangement, as they believe that will protect the bloc’s integrity.

May has repeatedly said that is unacceptable as it would mean two separate customs policies operating in the UK, and could threaten the union with Northern Ireland.

On Sunday, Brexit Secretary Dominic Raab travelled to Brussels for a meeting with his EU counterpart Michel Barnier amid rumours a backstop agreement had been reached.

But after a face-to-face meeting lasting just over an hour, both sides announced there are still unresolved issues relating to the backstop.

May will meet with other EU leaders at a summit in Brussels on Wednesday, although it is not yet clear when she will address them on the issue of Brexit.

Unless sufficient progress on the talks is deemed to be have been made, the EU could pull out of a meeting in November where the withdrawal agreement and a political declaration on the future trading relationship are planned to be signed.