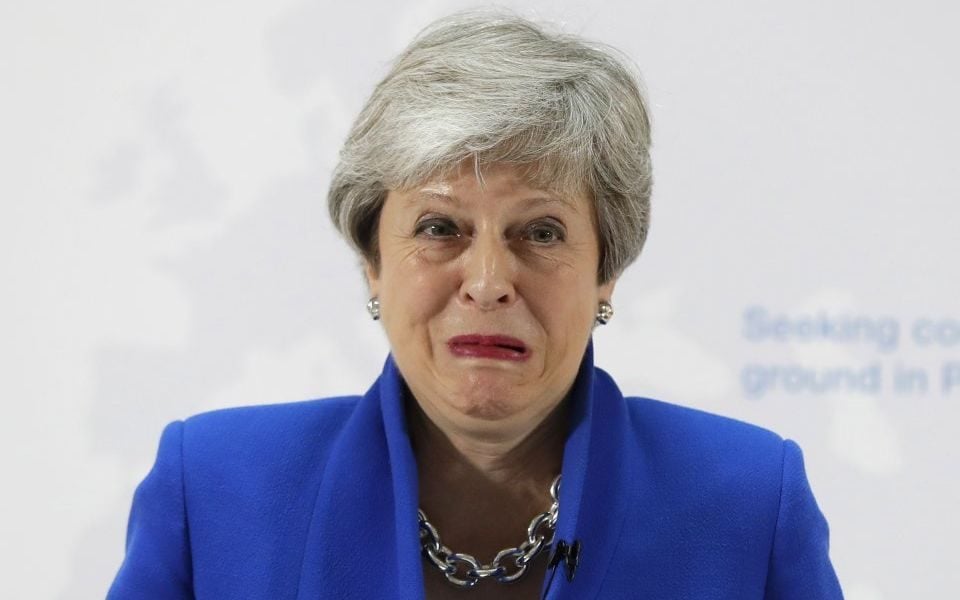 Theresa May’s latest gamble to win support for her beleaguered Brexit deal has spectacularly backfired in a humiliating blow for the Prime Minister.

May revealed Brexit legislation set to be put before MPs would contain a vote on whether to hold a second referendum in a bid to win over Labour support for her deal.

But not only did it infuriate Conservative MPs – including many who had previously supported her Brexit deal – Labour MPs calling for second referendum were angry that another public vote would only take place if they voted in favour of May’s plan.

The DUP, who are still technically propping up May’s government, also said they would not back her deal despite fresh assurances over Northern Ireland.

It leaves May facing a fourth defeat on her withdrawal plan when it is put to a vote in the Commons in the week commencing June 3.

In a speech in the PWC offices in Charing Cross, May insisted that by offering a vote on a second referendum, as well as letting MPs decide what customs arrangement the UK should have with the EU after Brexit, showed she had “compromised”.

“Now I ask you to compromise too.”

May warned that if the Withdrawal Agreement Bill is voted down by MPs, they would be “voting to stop Brexit”.

“What would we do then?”she said, adding: “Some suggest leaving without a deal, but whatever you think of that outcome – Parliament has been clear it will do all it can to stop it.

“If not no deal, then it would have to be a General Election or a second referendum that could lead to revocation – and no Brexit at all.”

Former Conservative leader Iain Duncan Smith described May’s new proposals as a “bad buffet of non Brexit options”, adding: “Today the government has moved from take back control to give back control.”

Conservative MP for Harlow Robert Halfon, who voted in favour of May’s Brexit deal in March, described the proposals for a second referendum vote as "a betrayal of the 2016 referendum and a betrayal of everything she has been saying since she became Prime Minister.”

Zac Goldsmith, Conservative MP for Richmond Park, said that while he backed May’s “rotten deal” the last time it was put to Parliament, he would not support “this convoluted mess”.

He said: “That it takes us towards a rigged referendum between her deal and no Brexit is just grotesque. The PM must go.”