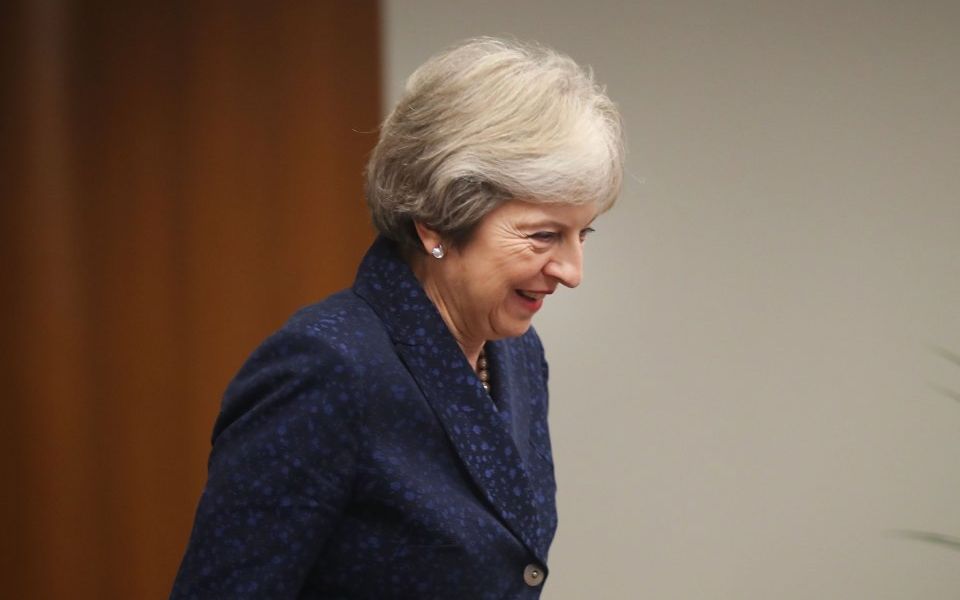 Theresa May and Jeremy Corbyn set out competing visions of Britain's future on Wednesday with two radically different speeches on the economy.

Addressing the Bloomberg Global Business Forum in New York, May praised free markets and vowed to slash the UK's corporation tax to the lowest rate in the G20 after Brexit.

As the PM addressed businesses in New York, Corbyn delivered a major speech to Labour party members at their Liverpool conference, claiming the UK's "broken economic system" had fuelled racism and led to a "crisis of democracy" – as he set out spending commitments that would be funded by hiking tax on businesses and high earners.

The Labour leader's speech received numerous standing ovations from party activists, but business groups reacted nervously to the address, with the CBI claiming anti-enterprise "barbs" from the party are putting off investors and entrepreneurs.

Corbyn's speech, signalling the end of Labour's four-day annual get-together, saw him attack the "political and corporate establishment" for failing to make "essential changes" to the economic system after the 2008 crash.

He said: "The price of that has not just been stagnation, wages falling for the longest period in recorded history, and almost a decade of deeply damaging cuts to public services."

The Labour leader backed plans announced by shadow chancellor John McDonnell on Monday to force larger companies to hand over 10 per cent of shares to workers – with the government creaming off any money left over after pay-outs of up to £500.

Corbyn also set out policies to extend 30 hours free childcare to cover all two to four-year-olds and create 400,000 skilled jobs as part of a "Green Jobs Revolution" to reduce carbon emissions by 60% by 2030.

Adam Marshall, director general of the British Chambers of Commerce, said there were some "bright spots" in the speech, but warned: “Over recent days, businesses have heard plans for an unprecedented overreach into ownership and governance, talk of higher taxes on both companies and individuals, and commitments to sweeping nationalisation.

CBI Director-General Carolyn Fairbairn claimed while there is "much common ground" between business and Labour, "continual public barbs and backward-facing policy are deterring entrepreneurs and investors, at a time when we need them most."

Speaking just hours before updating the UN General Assembly on Russia's nerve agent attack in Salisbury, May praised free markets for delivering prosperity and reducing poverty "on a scale which would once have been hard to imagine".