The TV shows that kept us sane through lockdown

Steve Dinneen and James Luxford
James City A.M.'s film editor and a regular on both TV and radio discussing the latest movie releases 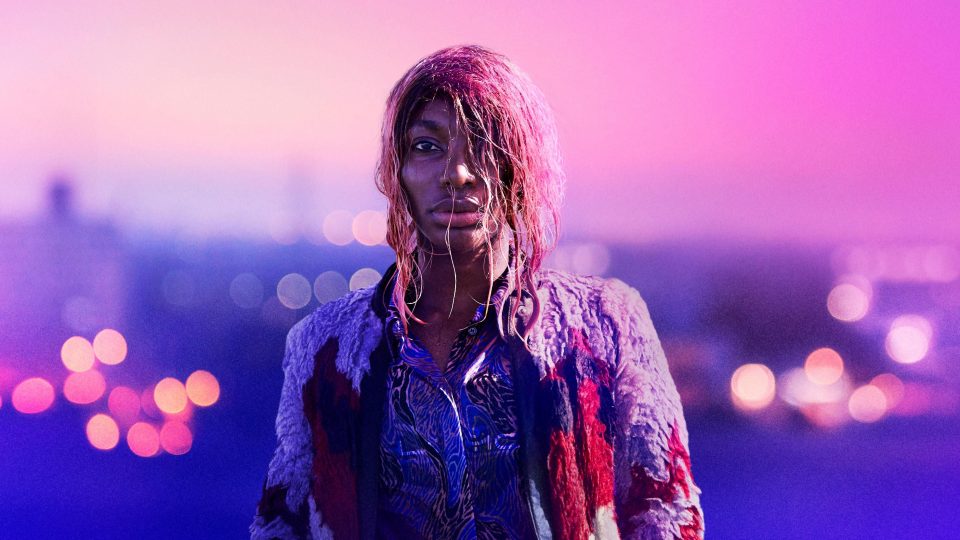 As we approach the anniversary of the first lockdown, it’s becoming hard to remember a time when we did anything besides working all day in our pyjamas and settling down for yet another evening of TV.

More than ever, the things that we have watched have helped to define and reflect the public mood, either sucking us in with its promise of vicarious travel and social freedom, or reminding us of hard truths about the world around us.

Here’s our list of the TV shows that helped keep us sane over the last 12 months.

In Florida, there’s a man named Joe Exotic who ran an enclosure for tigers, hosted his own TV station, recorded country music about tigers, and once ran for President of The United States. These basic facts alone would fill a series, but these are just the footnotes of one of the most unbelievable documentaries of the year.

Netflix’s series Tiger King opened up the doors to Mr Exotic’s life, uncovering a world of minor fame, fraudulent marriages, suspected murder, and of course his long-running feud with fellow tiger enthusiast Carole Baskin. It was a pop-culture moment, a surreal story for a surreal time that kept us gripped from beginning to end, repeatedly wondering how any of this could possibly have happened.

Nearly a year on, it serves as a perverse study of modern society where a man obsessed with fame accidentally becomes infamous. Two TV dramas about Exotic are in the works, but both will struggle to match the craziness of real life.

Disney+ launched in the UK in March, just as the country was locking down, and the flagship show was this Western-inspired Star Wars spin-off about a bounty hunter and an adorable green alien named Baby Yoda.

The show was a global success, with creator Jon Favreau managing to bathe our unexpected downtime in nostalgia with a show that felt like classic Star Wars. As the real world began to feel like too much, it became a weekly pleasure to jet off to a galaxy far, far away and go on an adventure with faces both new and familiar.

Action packed and deceptively simple, Season 2 came along just in time for the November lockdown, building on the world and featuring one of the most jaw-dropping cameos of the year. Bringing blockbuster quality to the small screen, it confirmed the service as a genuine competitor to Netflix’s throne.

Nostalgia of a different kind came midway through November’s second lockdown, as the award-winning drama covered The Royal Family’s trials and tribulations in the 1980s. Highlights included the introduction of Princess Diana (Emma Corrin) and the rise of Margaret Thatcher (Gillian Anderson), two figures that loom large over Britain to this day. At the centre of it all remains Queen Elizabeth II (Olivia Colman), struggling to maintain stability in the face of a warring country and crumbling family.

Despite a plot that played fast and loose with historical accuracy, The Crown’s powerful performances sparked fevered debate online, particularly as to the legacies of Diana and Thatcher. Whatever your opinion, it had us all talking.

With cinemas closed, Marvel brings its Cinematic Universe to the small screen in its first Disney+ excursion. Elizabeth Olsen and Paul Bettany play Avengers Wanda and Vision, a couple who find themselves a married couple inside a blissful retro sitcom after the events of Avengers: Endgame. While initially happy in their white picket fenced paradise, cracks in the perfect little world begin to reveal a dark truth underneath.

Marvel could have played it safe, but instead decided to take a chance on a surreal, unsettling story that promises to blow apart the timeline of the most successful movie franchise in history. As with The Mandalorian, it eschews Netflix’s all-at-once release strategy, giving us weekly cliffhangers that echo the appeal of the classic TV it mimics, as well as giving fans something to look forward to on a Friday. There are four episodes to go in season 1, and we’re on the edge of our seats.

Lockdown has only intensified our obsession with people who strangle, drown or otherwise snuff the life from unsuspecting innocents. BBC/Netflix collaboration The Serpent told the real-life story of Charles Sobhraj, a villainous gem dealer roaming across Southeast Asia drugging, robbing and sometimes murdering unsuspecting backpackers in the 1970s. While the slick serial killer is a watchable figure in his own right, the series was made by his inscrutable partner Marie-Andree, whose impeccable wardrobe has spawned a thousand fashion copycats.

Told with the pacing of a John Le Carre spy novel, the hero is a rookie diplomat from Holland who becomes obsessed with discovering the fate of “my two Dutch”, a pair of backpackers he suspects have fallen into Sobhraj’s web.

Compulsive viewing, this is perfect lockdown escapism, taking us on a glamorous, vicarious tour of Hong Kong, Bangkok and Nepal, while reminding us that things could actually be much, much worse.

This year’s break-out bodice-ripper, Bridgerton has helped inject some much needed passion into this dourest of winters. It follows a bunch of ridiculously hot aristocrats in Regency era London, who enjoy regular and fairly graphic sexual encounters in a host of luxurious settings.

While the entire cast are presented as objects of desire, it’s the hunky, mysterious Simon Bassett, played by Regé-Jean Page, who has really got bosoms heaving, attracting online attention the likes of which haven’t been seen since Aiden Turner took his shirt off in Poldark.

Silly, stylish and sexy, Bridgerton is the peep-hole into a world of immaculately coiffed hair and washboard abs that we’ve been lacking in these times of 24/7 PJs and lockdown beer-bellies.

Queer as Folk creator Russell T Davies writes the heartfelt and tragic story of a group of frineds in 1980s London whose lives are torn apart by the AIDS crisis. Opening at a time when little was known about the virus, it brings home the double tragedy of a group of young gay men who had already overcome social stigma and family turmoil, only to see illness decimate their community and prey upon their friends.

Davies says the AIDS crisis has haunted him throughout his adult life but that he was only now able to write about it. “The first man I ever had sex with. A man I loved for three months in 1988. That hilarious friend I spent a mad week with in Glasgow. All of them dead now,” he wrote in the Guardian.

Wonderfully acted and as tender and funny as we have come to expect from Davies, It’s A Sin wears its heavy subject matter incredibly lightly, presenting a rounded and engaging portrait of people living through one of the most devastating and poorly handled public health crises to affect modern Britain. While an intensely sad drama about a global pandemic might seem like the last thing we need, having a collective national cry proved to be a cathartic experience.

The Undoing is not a great drama. I’m not even sure it’s a very good drama. But it’s unfolding murder mystery and the three-way love triangle between Hugh Grant’s Jonathan Fraser, Nicole Kidman’s Grace Fraser and the recently-bludgeoned young mother Matilda De Angelis proved to be just the distraction required to take our minds off the world.

Set within the swanky, waspish confines of high-society New York, there was an element of wealth pornography to the whole affair, with Kidman’s wardrobe – and especially that green coat – becoming the meme du jour.

The central question is a familiar one: who killed the pretty lady. And while the answer had social media rolling its collective eyes, The Undoing felt like the kind of shared TV experience that’s increasingly rare in these digital times.

I May Destroy You (BBC/HBO)

One of the most spoken about TV shows of the last 12 months, I May Destroy You captures the righteous anger of the Me Too movement and stands out on screens with its predominantly black cast. It follows Arabella (played by writer, director and producer Michaela Coel), a young novelist who goes drinking to forget about an upcoming deadline only to slowly remember, with the help of her friends, that she had been raped.

Pushing the boundaries of popular TV, I May Destroy You is sharply written and laser-focused, so perfectly capturing the zeitgeist that the Golden Globes’ failure to nominate it for a single award caused a furious online backlash.

Coel, already lauded for her E4 sitcom Chewing Gum, is set for super stardom, and with work this searingly relevant, we can’t wait for her next project.