The secret to how people really become MPs 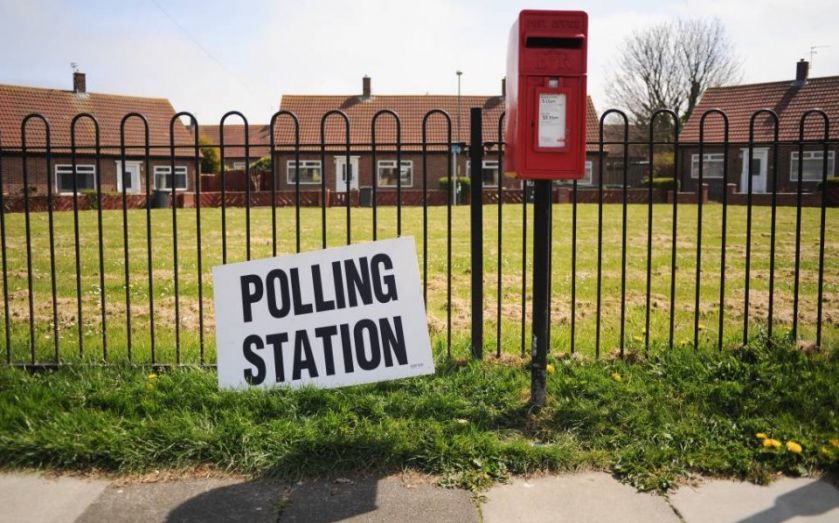 The election is 23 days away, and the close of nominations last week has confirmed the runners and riders: 3,322 people seeking a place on the green benches.

Yet despite the enthusiasm of the thousands, from Advance Together (five candidates) to the Young People’s Party UK (three candidates), most seats remain a foregone conclusion. Unless you live in one of the few dozen battleground seats, you can already know who your MP will be.

For these candidates, the toughest electoral test they faced in 2019 will be long gone: the selection. Though the parties differ in many things, the way to make it onto a ballot is largely similar.

Parties approve a central list, narrow candidates down to seat shortlists, and then despatch them to local party meetings. After a brief Q&A in a draughty church hall, local members vote, and whoever has wowed the assembled hundred or so moves forward.

The approval of fewer than 50 people can easily propel you to a majority of 20,000-plus.

Popular reports suggest that this is a process rife with patronage, schemes, and stitch-ups. That all of the major parties have had to sack candidates between selection and the election shows its failings — with obvious incidents of sexism and antisemitism, for example, coming to light only after a candidate has been garlanded.

The selection of candidates is perhaps the most important and least understood aspect of our democratic system. Those who go into parliament shape politics at the highest level. They vote on legislation, speak in debates, and make up crucial select committees — but they also have a large hand in selecting the leaders of both major parties.

That means, indirectly, that local party members can have a surprising amount of influence. It is worth remembering that if three Labour members in Islington’s 1983 selection had voted differently, we might never have heard of Jeremy Corbyn.

The cohort of MPs tends to reflect both the spirit of the age and the peculiar concerns of local people. Glancing back across the makeup of the Commons since the war, it is clear how the green benches have undergone a transformation.

The most obvious is the advance if women MPs. Until the 1980s, no more than five per cent of parliamentarians at any time were female. It is now one third, and is set to rise again this time around.

Equally there is far more representation by individuals from

minority ethnic backgrounds (eight per cent) and openly LGBTQ people (seven per cent), even if these numbers lag behind the general population.

These figures, however, mask the broader cultural changes that have run through parliament. The initial post-war parliaments were a curious mix of largely patrician Tories — well-educated and from wealthy families — and Labour members who had often risen up literally from the coalface. Both groups have declined.

Since the 1970s, the proportion of Conservative MPs educated at Oxford and Cambridge has fallen by a third, despite those institutions both expanding in numbers and broadening access.

Meanwhile, the proportion of former manual workers coming on to the green benches has plummeted — just three per cent compared with 16 per cent in 1979. It is arguable that those who work with their hands are the least represented section of our society in parliament, while those who worked as a local politician or political adviser now make up 17 per cent of our legislators. Interestingly, only five per cent of Labour MPs’ last job was in business or commerce.

The way the parties choose their MPs, and therefore who they select, matters greatly for the future of our country. MPs rely on the life experiences and skills which they have built up outside of parliament to represent us. That MPs in the fifties and sixties were often men whose youth had been shattered by war was important — it drove their desire to contain the Cold War and prevent the rise of anything akin to Nazism.

Similarly, the grammar school boys and children of immigrants with which Margaret Thatcher surrounded herself — the “Cambridge Mafia” of Ken Clarke, Michael Howard and co. — were imbued with stories of individual hard work and a fear of the authoritarian states their parents had often fled. It was a key ingredient in the advent of Thatcherism.

And the influx of Blair’s metropolitan Labourites equally transformed his party into one the managerial classes could vote for.

The make-up of the Commons is as crucial as it is overlooked. It must be representative and diverse — not only in terms of what our MPs look like, but their cultural and working background.

A government with no experience of business will not be helpful for the private sector, while marginalising manual workers excludes the life experiences of many.

There is no easy fix for making our parliament more representative. But until the public becomes more informed about the selection process, the majority of individuals in our legislature will continue to face little electoral scrutiny beyond a handful of local, unrepresentative party members, far away from the ballot box.