The likelihood of a bubble forming in financial markets 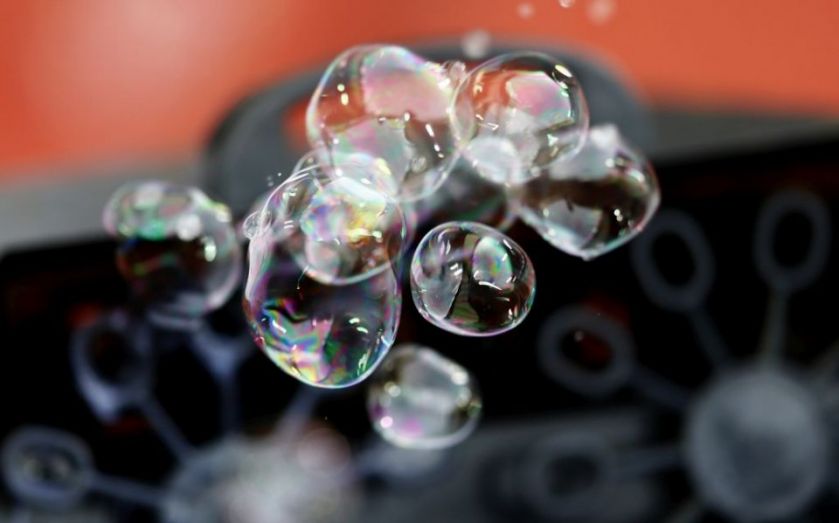 Concerns are mounting as to whether financial markets may have entered bubble territory over the past few weeks. Some analysts are warning that instances of excessive behaviour have become apparent and more frequent.

The usual key ingredients to form a bubble in financial markets include cheap credit or easy money and an enticing narrative, with both resulting in excessive behaviours and valuations.

Today’s financial markets are grounded on easy equity, and many market observers are worried about the impact of a reversal of central bank policies when the pandemic ultimately ends.

“I see the situation as a growing number of red flags rather than a definitive sign that we are in a bubble that is about to burst,” Carrier told City A.M. this morning.

“There have been several examples recently of market participants displaying FOMO, the fear of missing out, and assuming consistently rising prices rather than rationally assessing the value of an investment, she said.

Investor attitudes are being shaped by headline-making gains of some high-profile companies, trends and issues. For example, Bitcoin’s 35 per cent gain during the first nine days of 2021, on the heels of a five-fold surge of its price between March to December pf last year.

Another example is the more-than-sixfold increase in GameStop shares last week, or even Tesla, now the fifth-largest stock in the S&P 500 by market capitalisation, with a market cap larger than that of most U.S., European or Japanese car makers.

“Interestingly, some of these have an enticing narrative and are perceived as providing a foothold in the economy of the future. Other signs of excess include the increased participation of individual investors, the retail investors,” Carrier noted.

Covid-19 related lockdowns and travel restrictions seem to have spurred an influx of day traders. Another factor is the volume of initial public offerings. Last year, $347bn worth of IPOs were announced despite the pandemic, more than double the $165bn a year earlier.

Moreover, according to a recent University of Florida report, the median age of companies going public was nine years in 2020. Firms seeking IPOs have not been this young since 2007, the year the stock market peaked before the global financial crisis.

Stretched, but not overly

It would be remiss to ignore these warnings and we repeat our call for vigilance, stressed Carrier. “But we see less evidence of bubble territory when we look at stock market valuations.”

On the surface, U.S. equities appear expensive at 22.3x the 2021 consensus earnings estimate for the S&P 500. After excluding the five largest technology-driven stocks – Apple, Amazon, Microsoft, Google, and Facebook), which take up more than 20 per cent of the S&P 500’s market capitalisation – the forward price-to-earnings ratio drops to 17.5x, according to RBC research.

“This compares to a 10-year average of 16.4x for the S&P 500 as a whole, suggesting to us that while valuations are expensive, they are not significantly overvalued,” Carrier noted.

Valuations elsewhere are also elevated and above their long-term averages, but they remain far below the heights reached at the time of the dot-com bubble. These higher valuations are underpinned by bond yields which are currently at historical lows, she said. “Equities’ currently high valuations are susceptible to declines if bond yields climb as the economy recovers.”

The dot-com bubble is a case in point: With central banks increasing money supply ahead of the transition to the new millennium and the new possibilities offered by the internet leading to a tantalising narrative, the Nasdaq went up more than fourfold from the beginning of 1995 until it peaked in early 2000. Then, with money supply starting to tighten, the bubble burst. By the end of 2002, the Nasdaq had lost more than 70 per cent of its value.

Carrier anticipates that any increase in yields will be contained this year, although the 10-year Treasury yield has the potential to rise to around 1.5 per cent versus the current high of one percent, which if reached would leave it about where it was pre-pandemic and well below the 2.1 percent it averaged in 2019.

“With elevated unemployment levels and a full economic recovery still years away, I believe the Fed will very likely maintain its current loose monetary policy stance, even if inflation picks up over the next few months,” she said.

“Still, a pullback or correction cannot be ruled out, as much enthusiasm seems discounted in equity prices. The frothiest, most extended parts of the U.S. market would be most vulnerable, in my opinion,” she continued.

“Difficulties with vaccine rollouts and delays in reopening economies that lead to disappointing earnings guidance could all trigger profit-taking,” Carrier concluded.