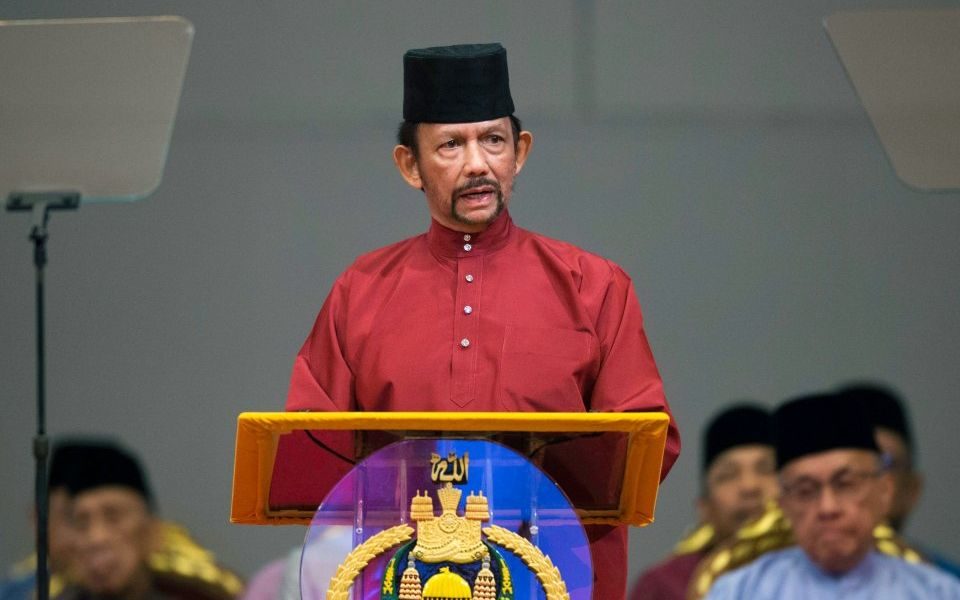 The adverts, which have appeared across the London transport network, promote the country as a tourist destination under the slogan “Abode of Peace”.

But they will now be removed amid growing outrage at the south-east Asian nation’s crackdown on LGBT rights.

Brunei yesterday introduced strict new laws making gay sex punishable by stoning to death. The legislation also covers a range of other offences, including adultery and rape, and allows theft to be punished by amputation.

The UN has slammed the new Islamic laws, which it has said are in violation of human rights, while foreign secretary Jeremy Hunt has vowed the UK will lobby Brunei to “change its approach”.

The TfL ban came after London Assembly member Tom Copley penned a letter to Mayor Sadiq Khan calling for the advert to be removed.

“The advertisement was considered compliant with our advertising policy when it was submitted and accepted,” a TfL spokesperson said.

“However, given recent information that has come to light, it is clear that this is an issue of great public sensitivity and controversy so the advert will be removed from our network.”

The move comes amid condemnation of the new laws by celebrities including George Clooney and Elton John, who have called for a boycott of hotels linked to Brunei’s leader.

Sultan Hassanal Bolkiah owns a collection of nine luxury hotels around the world, including The Dorchester and 45 Park Lane in London.